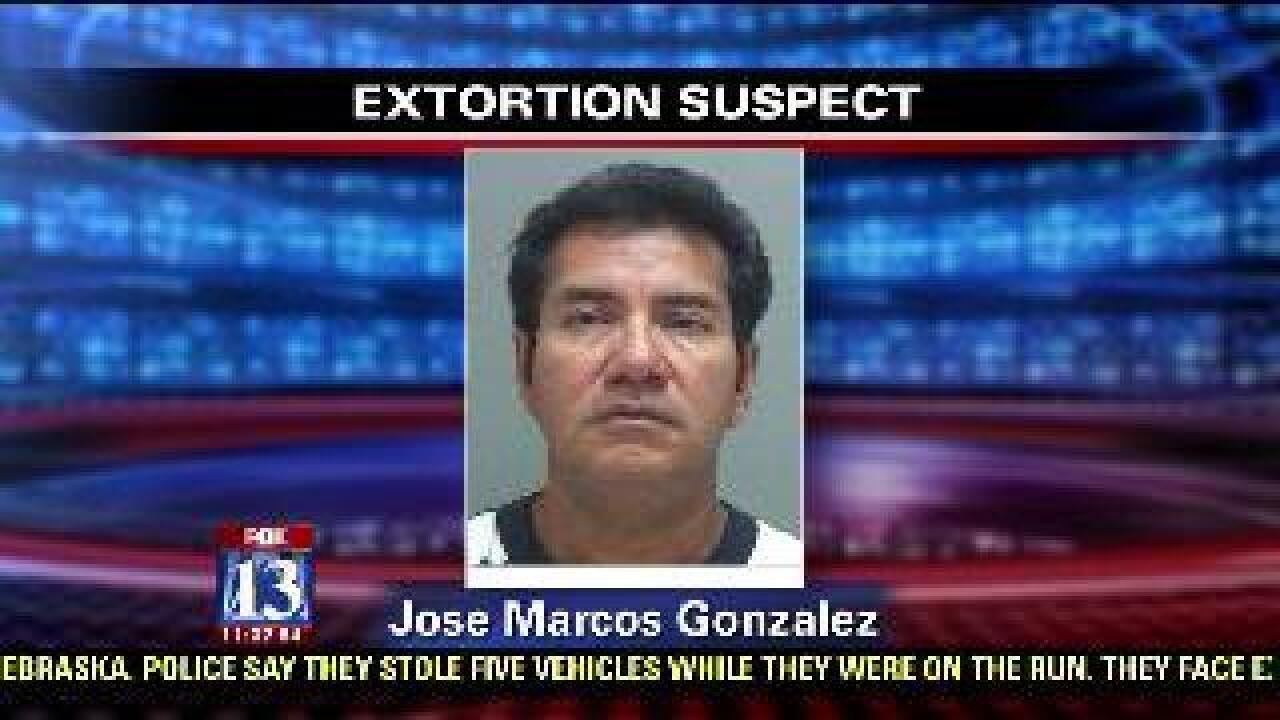 SALT LAKE CITY - The number of cases against a man accused of fraud appears to be growing.

Jose Marcos Gonzalez was arrested for communication fraud after police say he stole thousands of dollars from Utah immigrants.

Police say the scam was simple but effective. It targeted Latino immigrants who are in the U.S. without the proper paperwork.

Gonzalez would allegedly tell people he worked for immigration and customs and that he could get them green cards or other citizenship documents, but he needed thousands in cash up front.

Police said Gonzalez has no connection to Immigration and Customs Enforcement (I.C.E.) and he never delivered any documents.

Since he was arrested last week, more than a dozen additional people have come forward to claim Jose Gonzalez took thousands of dollars from them, and officials believe there are even more victims out there.

Gonzalez's girlfriend, 49-year-old Marlene Castro Sanchez, was also arrested. She has a criminal history and investigators are looking into what role she may have had in the alleged scam.

If anyone has information about either of the suspects, or if you have questions or concerns, call the attorney general's Secure Strike Force hotline at (801) 200-3443.