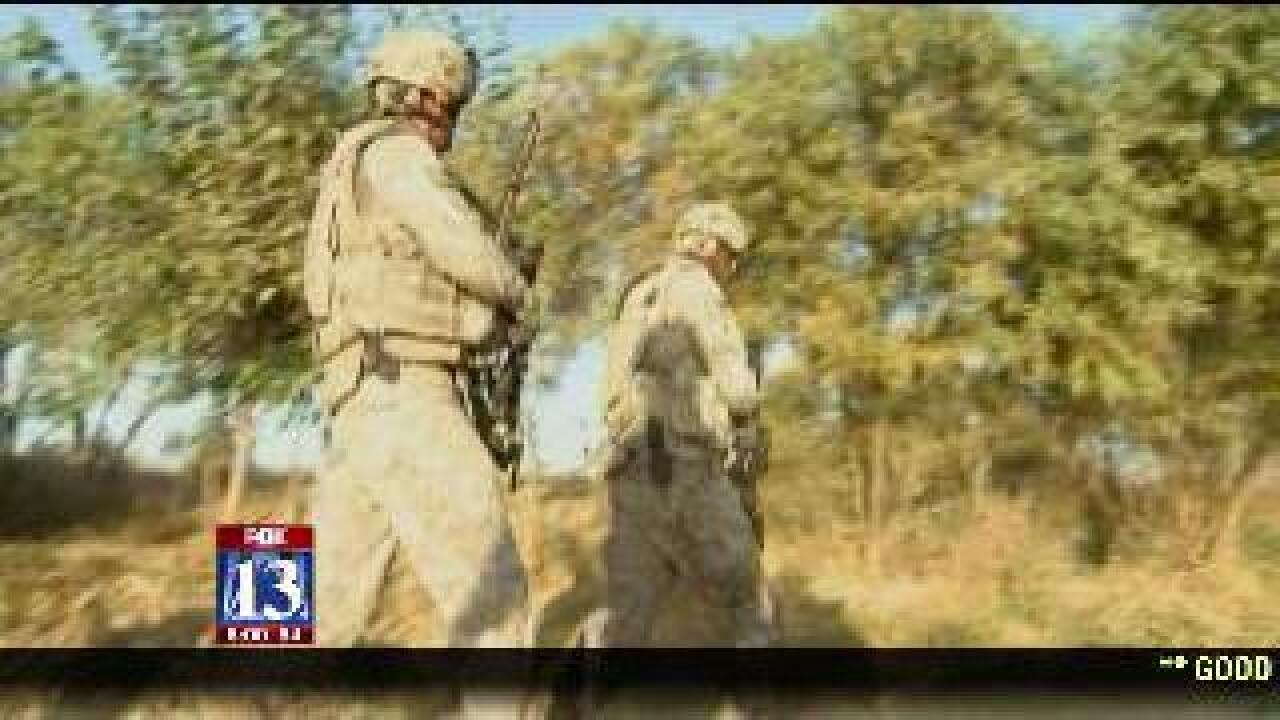 One of the U.S. deaths was a soldier; the other was a civilian, U.S. officials said.

The coalition first said the clash Saturday was the latest in a spate of insider attacks involving Afghan forces, which have killed more than 50 NATO troops this year.

Later, the coalition called that into question. It appears the clash in Sydabad district might have been provoked by insurgent fire, said Lt. Gen. Adrian Bradshaw, the ISAF deputy commander, at a news conference.

The firefight took place at a temporary checkpoint being operated by ISAF troops in Wardak province, west of Kabul. An Afghan National Army, or ANA unit, was nearby, Bradshaw said.

"According to ISAF and ANA reporting, after a short conversation took place between ANA and ISAF personnel, firing occurred which resulted in the fatal wounding of an ISAF soldier and the death of his civilian colleague."

Neither the statement nor Bradshaw indicated who fired the fatal rounds.

Investigators from ISAF and the Afghan army were trying to establish "whether the initial exchange of fire was provoked by insurgent firing," Bradshaw said.

"That is not clear," but "there is a report of insurgent fire," he said.

In its statement, ISAF called the clash "tragic."

The incident brings the confirmed U.S. death toll inside Afghanistan to 2,002, according to a CNN account. The deaths include four U.S. civilians.

Insider attacks by Afghan soldiers and police officers -- or militants wearing uniforms -- have been on the rise for months.

So-called "green-on-blue" attacks have been climbing this year, triggering concerns about the stability of Afghan security forces ahead of planned NATO withdrawals in 2014.

"Green-on-blue" refers to a color-coding system used by the military, in which blue refers to international troops and green refers to allied Afghan forces.

The senior combat leader in Afghanistan, Gen. John Allen, said he is "mad as hell" about the insider attacks, but he stressed it is important to remember the majority of Afghans are "with us in this."

"We're willing to sacrifice a lot for this campaign, but we're not willing to be murdered for it," he said during an interview with CBS' "60 Minutes" that aired Sunday night.

Afghan President Hamid Karzai also appeared on the show. He described the attacks as "sad" and spoke about the security situation.

"The reason for the NATO and American intervention in Afghanistan was terrorism. Terrorism has not gone away. It has increased," the president said.

"We must then question how come they've returned. ... Something must have gone wrong for that to happen."

NATO's ISAF troops are training Afghan soldiers and police to maintain security in the country ahead of the planned end of allied combat operations.

This month, U.S. troops in Afghanistan were ordered to halt joint operations with local security forces in some areas on account of such attacks.