TAYLORSVILLE, Utah -- Utahns honored their state's veterans at memorial services across the Wasatch Front on Sunday.

Families visited memorials, waved flags in the Taylorsville parade, and repaired an old memorial to the fallen.

“It's very touching, all of these flags represent someone that was lost in either the Iraq War or in Afghanistan,” said military wife Becky Romero, as she observes a field full of flags marking the fallen.

Romero’s husband did not get a hero’s welcome when he returned from Vietnam.

“It kind of breaks my heart. People who carry around memories and scars from defending our freedom that we know nothing about. And I do think they deserve the respect and honor,” said Romero.

In another part of Taylorsville, veterans and families marched in memory of those killed in past wars. FOX 13 spoke with a few of those watching the parade.

"I thought it's about time I show a little respect," said retired Navyman Rudy Van Harn.

"Where would we be without those who sacrificed their lives for us for us everyday? I certainly don't have the courage to do it," said military wife and mother Dorothy Behunin.

In Midvale, people turned out to pay their respects to a local veterans memorial.

Airman Brandon Clark from the 729th Air Control Squadron described a fountain to memorialize World War I veterans. It was vandalized with graffiti and later repaired by Clark and other members of his squadron.

"It's a fountain and on the back it's got a list of every single on of the veterans from Midvale that participated in the war," said Clark. "So for me, to see the graffiti on this kind of memorial was really upsetting and really touched me in a way that I didn't like. So I wanted to take advantage of the opportunity and get it cleaned up."

For so many families it is an old tradition to take a moment and remember. And like a new blanket of snow, the feelings and tribute are renewed. 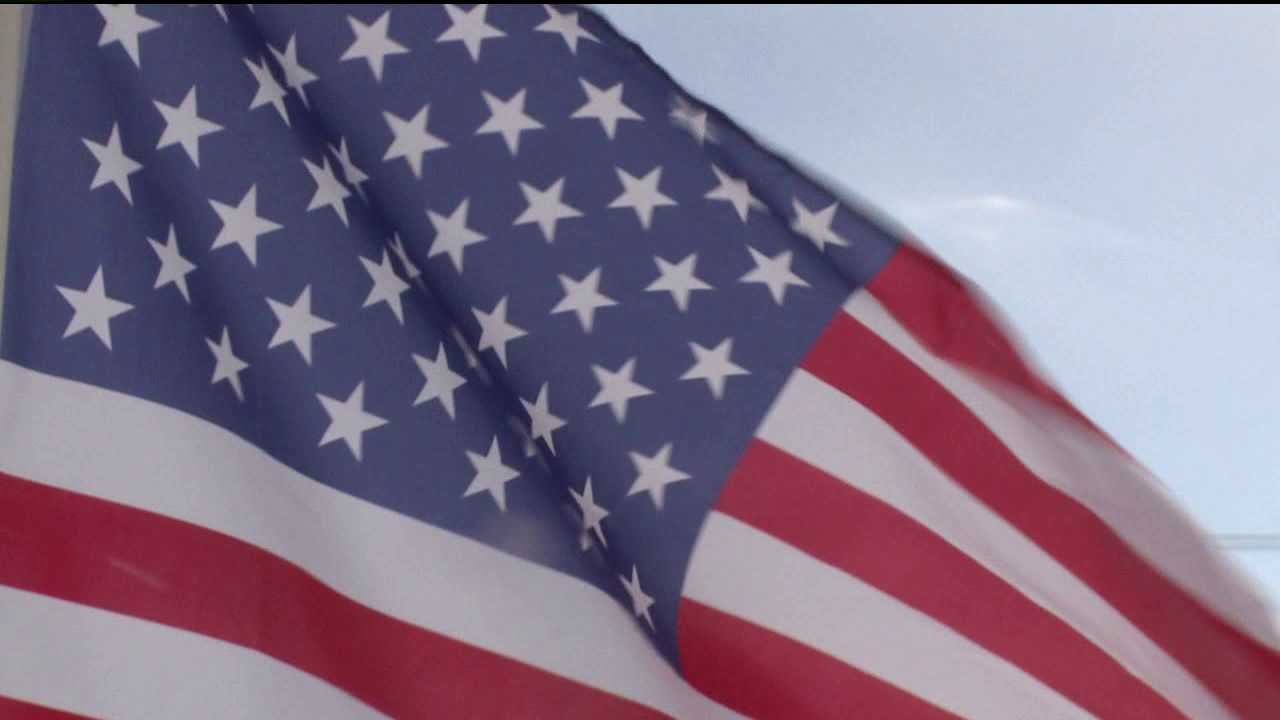