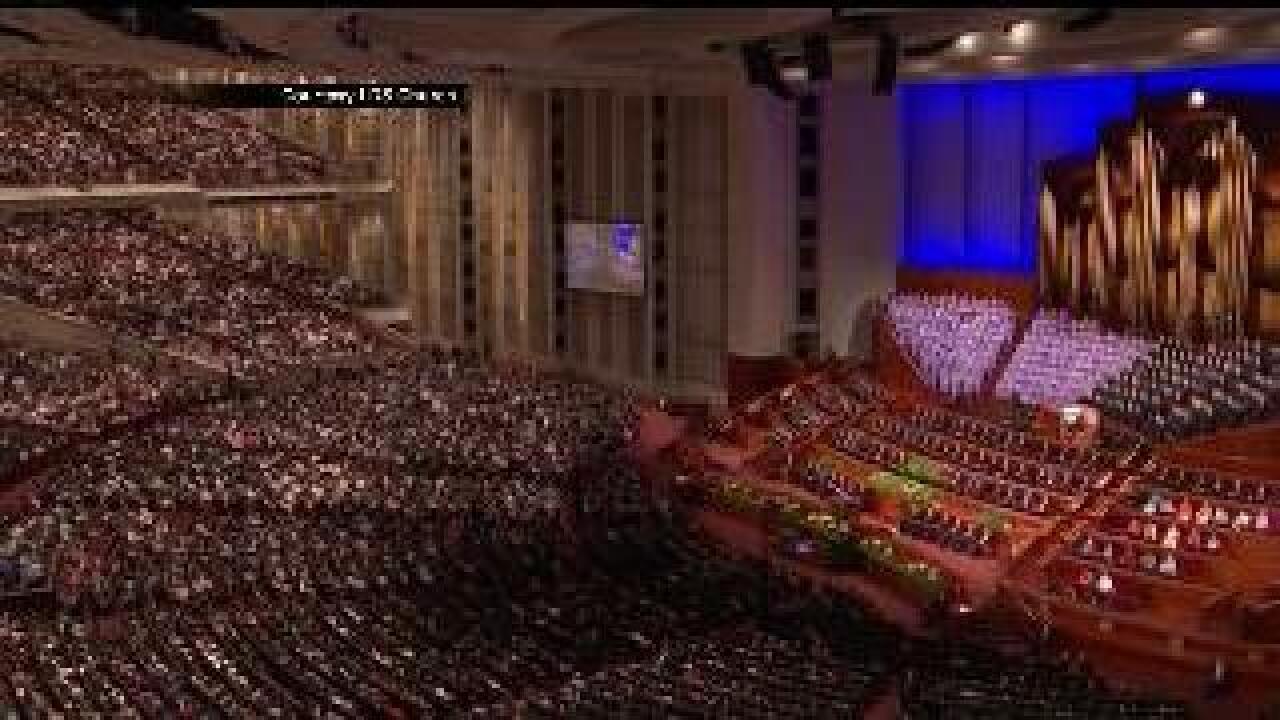 SALT LAKE CITY, Utah -- The use of social media was a major point of focus in several talks given this weekend at the Church of Jesus Christ of Latter-day Saints’ 183rd Annual General Conference.

Neil L. Andersen is a member of the LDS church’s Quorum of the Twelve Apostles, and he encouraged members to use social media to spread the messages of the church.

“For those using the internet and mobile phones, there are new ways to invite others to come and see,” he said. “Let's make sharing our faith online more a part of our daily lives. LDS.org, mormon.org, Facebook, Twitter: all provide opportunities to share the gospel.”

While leaders are encouraging some aspects of social media, they also warned of potential dangers for members of the LDS church.

L. Whitney Clayton is in the Presidency of the church's First Quorum of the Seventy, and he suggested that members shouldn’t post anything they wouldn’t be willing to show their family members.

“Prophets teach that successful marriage partners are fiercely loyal to each other,” he said. “They keep their social media use fully worthy in every way. They permit themselves no secret internet experiences.”

While social media is a newer addition to the church’s proselytizing efforts, they also announced this weekend they’ve had an increase in its missionary force, which is currently about 65,000 strong. That number marks an increase of 7,000 missionaries since November 2012.

Andersen said he expected that number to grow as young men and women affected by the change in missionary age requirements choose to serve missions.

“I was amazed to see the applications of 18-year-old men and 19-year-old women, who had already adjusted their plans and visited their doctors, been interviewed by their bishops and stake presidents, and submitted their missionary applications—all in just five days,” he said. “Thousands more have now joined them. It's a miracle.”

The LDS church said they expect to see an additional 6,000 missionaries join their ranks in the coming months.