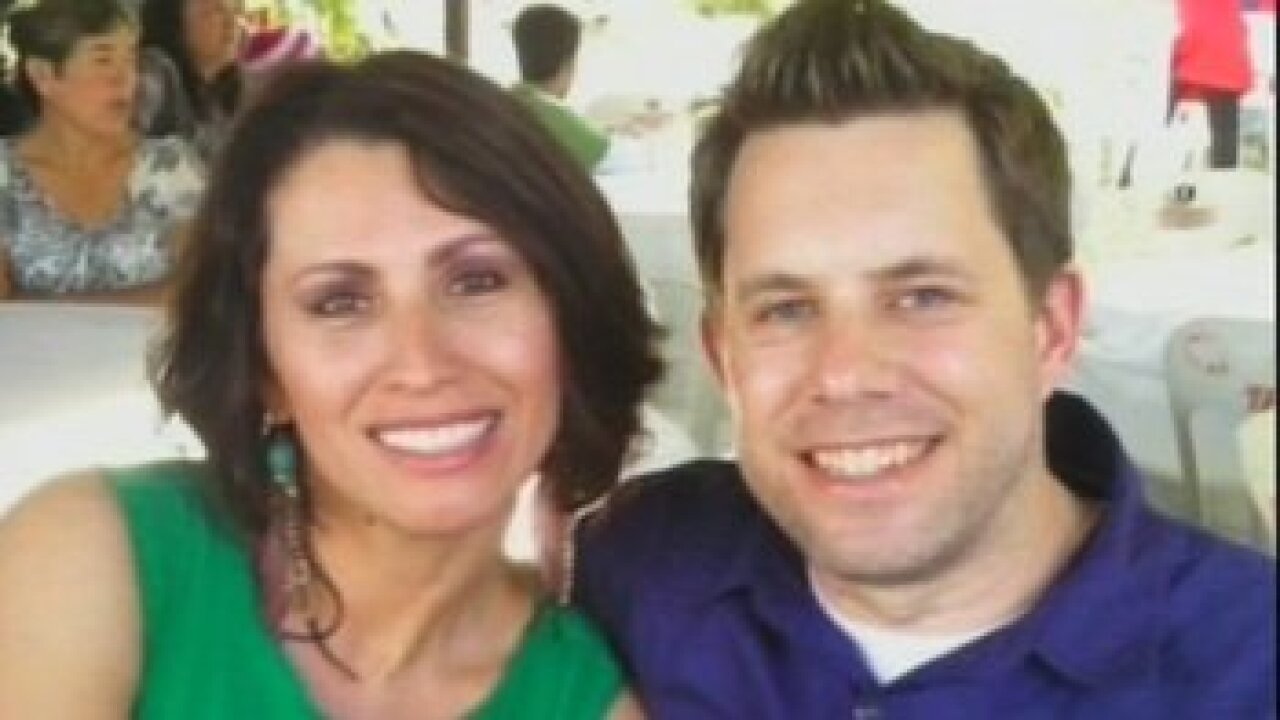 Yanira Maldonado, an Arizona mother of seven is being held in a Mexican jail accused of smuggling about 12 pounds of marijuana, a charge her family vehemently denies. A Mexican state official also believes Yanira Maldonado was framed. She is pictured with her husband, Gary.

NOGALES, Mexico (CNN) — Mexican military officials who put an Arizona mother of seven behind bars will make their case in court Wednesday.

A judge is weighing whether to set Yanira Maldonado free from a Mexican jail after authorities accused her of drug smuggling and alleged they found 12 pounds of marijuana under her bus seat.

Maldonado’s family denies the charges and says they’re optimistic the case against her is crumbling.

“We have high hopes,” Anna Soto, Maldonado’s daughter, told CNN on Wednesday. “So I’m just looking forward to that. Hopefully, Friday, I’m praying that she will be home and be set free.”

It’s a situation Maldonado’s family said she never imagined when she boarded a bus last week to head back to the United States after attending a family funeral in Mexico.

Her family accuses authorities of arresting her to get bribe money.

A Mexican state official also told CNN it appears that Maldonado was framed.

Soto described her mother as a devout Mormon who has never even smoked a cigarette. It was devastating to see her in jail over the weekend, Soto said.

“She’s an honest woman. She’s innocent. It’s not a place for someone of her kind,” she told CNN’s “Piers Morgan Live” on Tuesday night. “It hurts just to know that she’s there, to have seen her there. It’s not fair.”

From a bus seat to a jail cell

Mexican authorities arrested Maldonado last Wednesday as she and her husband, Gary, were on their way back to Arizona.

During a search of their bus at a military checkpoint in the northwestern state of Sonora, authorities asked everyone to get off.

At first, authorities told Gary Maldonado that marijuana had been found under his seat and arrested him, his father, Larry Maldonado, told CNN. After the father contacted the U.S. Consulate in Hermosillo, authorities said they were mistaken and released Gary.

Then, they charged his wife.

Gary Maldonado said he believes Mexican soldiers at the checkpoint wanted a bribe.

“It’s about getting money here,” he told CNN’s “Starting Point” on Tuesday.

After testifying in court on Tuesday, Maldonado told CNN affiliate KTVK that he was feeling optimistic.

“We’re hoping for the best outcome. … We don’t think they have a case,” he said.

The Mexican Embassy in Washington said in a statement that a preliminary decision from the judge was expected soon.

Wednesday’s court hearing could be a key step, one family member said.

“They will be hearing testimony from the soldiers at the checkpoint today and our attorney will have the chance to cross examine them,” Brandon Klippel, Maldonado’s brother-in-law, wrote in an e-mail update about the case. “This is the crux of the prosecution, so today is key. Yesterday we had two witnesses from the bus testify that Gary and Yanira did not have anything with them when they boarded the bus, and two family witnesses testify regarding the details surrounding the funeral.”

A Sonora state official with extensive knowledge of the case told CNN there are questions about the arrest.

“Can you imagine?” asked the official, who was not authorized to speak to the media and did not want to be named. “A passenger by himself or herself would have been unable to carry almost six kilos of marijuana onto a bus without being noticed. She must’ve been framed.”

A regional office of Mexico’s Defense Ministry said troops conducting a routine investigation stopped the bus Maldonado was riding in and and found 12.5 pounds (5.7 kilograms) of a substance that appeared to be marijuana under her seat.

Troops turned the case over to the Mexican attorney general’s office, the defense ministry said. Maldonado is being housed in a women’s prison in Nogales while authorities decide her fate.

The Sonora state division of the attorney general’s office said the investigation is ongoing and declined to provide additional information.

Her husband was told by authorities that regardless of his wife’s guilt or innocence, he would have to pay $5,000 to secure her freedom, the family said.

He was able to cobble together the money but then was told it was too late. His wife had been transferred to another jail.

The State Department has also been in touch with the family.

“The U.S. Consulate in Nogales is monitoring the case closely,” State Department spokeswoman Jennifer Psaki told reporters on Wednesday. “They are in regular contact with Ms. Maldonado and her family, and her legal counsel, and they’re working to schedule another visit with her. The last time we were able to visit with her was May 24.”

The State Department estimates that several thousand U.S. citizens are arrested in Mexico each year.

But it’s unclear exactly how many U.S. citizens have been detained in Mexico, the State Department said.

“We don’t have the exact breakdown for Mexico, and the embassy would not have that information either,” said Elizabeth A. Finan, a spokeswoman for the State Department’s Bureau of Consular Affiairs. “However, I can say millions of U.S. citizens travel to Mexico each year, and most have uneventful trips. Arrests happen every day, as you might expect with such a high volume of visitors.”

Some arrests go unreported to U.S. officials, and sometimes arrested individuals do not request consular assistance, Finan wrote in an e-mail to CNN.

“Arrest cases are not uncommon in Mexico,” she said, “and our consular officers work hard to assist all U.S. citizens who come to us for help.”