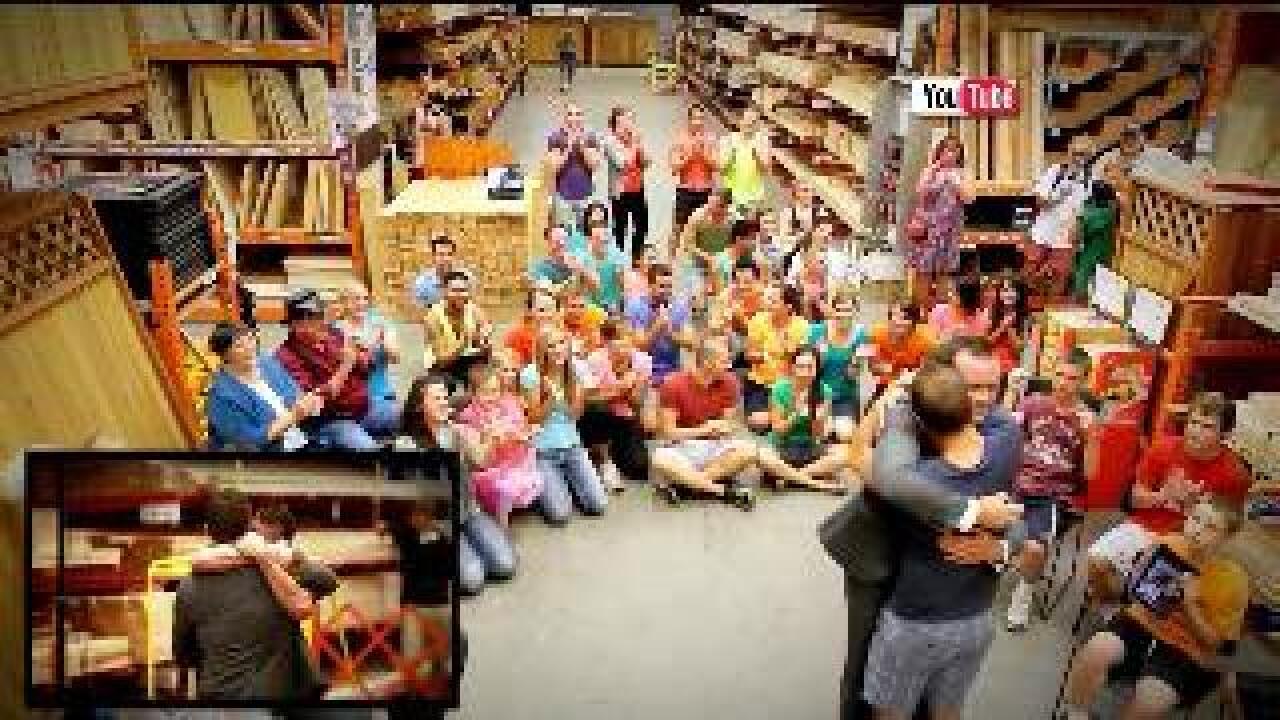 SALT LAKE CITY -- Dustin Reeser said he thought he was helping his roommate pick up some party supplies at the Home Depot on 2100 South in Salt Lake City last week when a song came over the loud-speaker and 30 of his closest family and friends formed a flash mob in the middle of the lumber aisle.

Spencer Stout , Dustin's boyfriend and the mastermind behind the operation, said he's known he wanted to propose for a while, but the idea for the flash mob came in May, the first time he heard the song “Somebody Loves You”  by Betty Who.

“Not very well known, but the words just kind of amplify how I felt about Dustin, so I had seen some flash mobs online and started talking to my friend, and my wheels just started turning,” Stout said.

It may not seem like the most romantic place for a wedding proposal, but truth be told, Salt Lake City’s downtown Home Depot is  a pretty special spot for the pair.

“The very first time we met, we walked through a Home Depot, and he showed me what he had built and showed me what we had done, so I thought it would be a great place for the proposal because it was kind of our first date,” Stout said.

Back to the big day, three minutes into the massive production and Dustin swears he didn't realize what was happening until the question was asked.

Click here to see the video of the proposal.