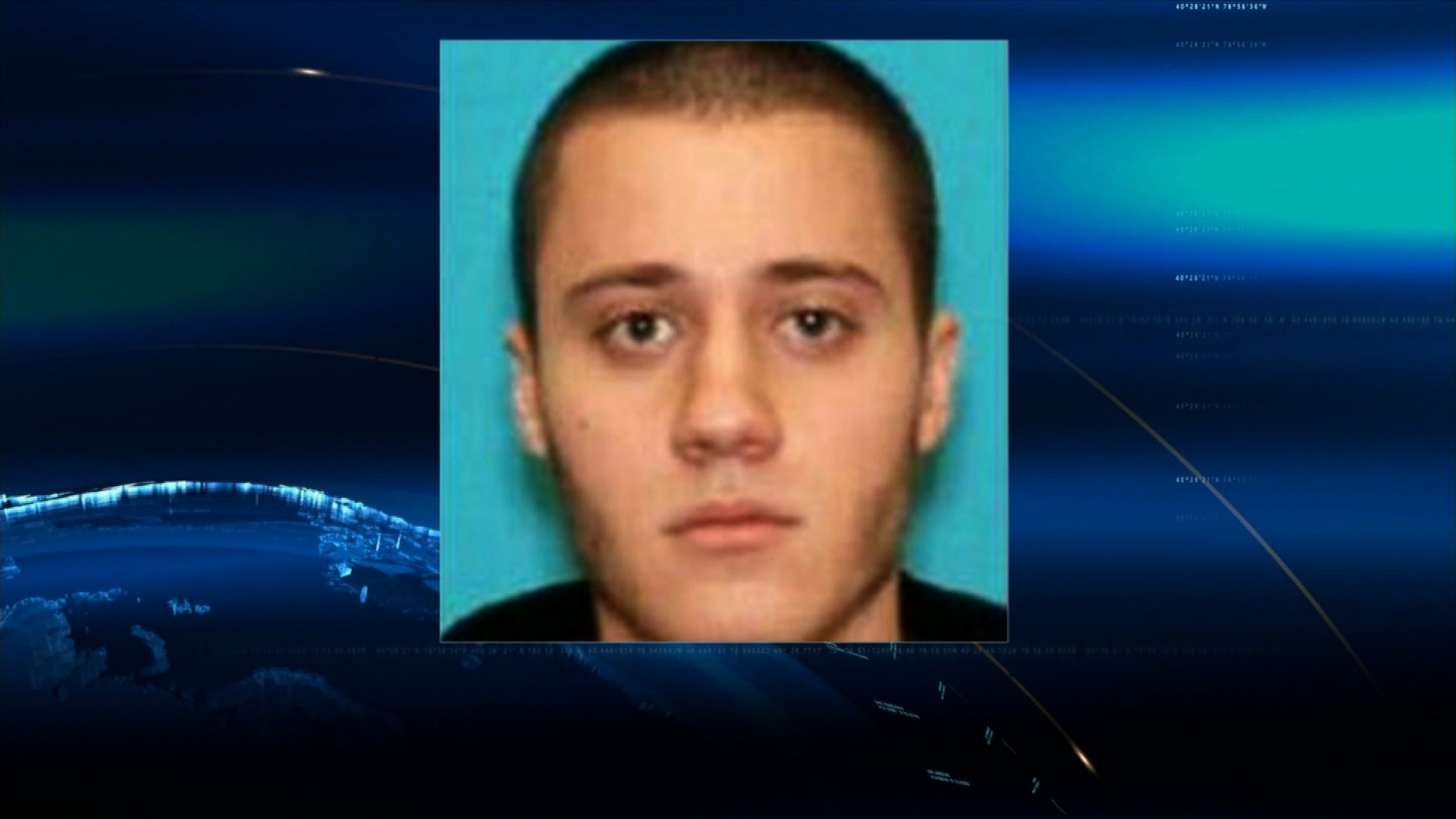 By Greg Botelho and Michael Martinez

LOS ANGELES (CNN) — A man armed with what police say was an assault rifle and carrying materials expressing anti-government sentiment opened fire Friday morning at Los Angeles International Airport, killing one person before being chased down himself, authorities said.

Eyewitnesses said the suspect asked people, “Hey, are you TSA?” — the acronym for the Transportation Security Administration — according to a federal law enforcement official. If they said “no,” he would move on.

One of those questioned travelers was Leon Saryan. He told CNN’s Anderson Cooper that the same man he’d just seen shoot a TSA officer “calmly” walked toward him and asked, “TSA?”

“I just shook my head,” Saryan said. “And he kept going.”

In the aftermath of the shooting, investigators found information on the suspect expressing not just anti-federal government sentiment but also anger at the TSA specifically, according to the federal law enforcement official.

By then, a TSA officer was dead — the first employee of that relatively new agency to be killed in the line of duty.

Two additional TSA officers were also shot, one in the leg, authorities said.

The suspected gunman himself was detained after being shot in the chest multiple times, according to an intelligence source briefed by Los Angeles police. As of Friday evening, he was receiving medical attention at a hospital, according to FBI Special Agent in Charge David Bowdich.

He was identified later by the FBI as Paul Anthony Ciancia, a 23-year-old from Los Angeles. He graduated in 2008 from Salesianum School, an all-boys Catholic school in Wilmington, Delaware, according to school President Brendan P. Kennealey.

The intelligence source said Ciancia’s family became concerned in recent days after he sent his brother and father “angry, rambling” texts venting about the government, living in Los Angeles and his unhappiness generally.

Ronald Reagan UCLA Medical Center said that it received three male victims — one in critical condition and two in fair condition. One of the two in fair condition suffered gunshot wounds, while another had an unspecified injury, said Dr. Lynne McCullough, an emergency physician at the Los Angeles hospital. One of them was released by Friday afternoon; one of the others who remained at the hospital was Ciancia, according to the intelligence source.

One was what Klurad described as a “middle-aged” person with minor injuries from being shot in the shoulder. The other had no signs of life when he arrived at the hospital, the surgeon added. It wasn’t known if this person was the slain TSA officer.

The episode caused what airport police Chief Patrick Gannon, who had said the shooter used an “assault rifle,” described as a “large amount of chaos.” People ran for their lives and took shelter wherever they could as authorities pursued the gunman.

Chuck Ocheret was among those in the busy airport when he heard two “loud pops.”

“Then I heard this mad rush of people, and there was a stampede of people coming from this direction,” Ocheret told CNN. “Nobody really knew what was going on.”

Still, by Friday afternoon, authorities believes the worst was over. Gannon noted it is believed there was only one shooter.

Suspect ‘pulled an assault rifle out … and began to open fire’

An otherwise normal day in the airport’s Terminal 3 turned upside down around 9:20 a.m. (12:20 p.m. ET), as the suspect approached a checkpoint.

There, he “pulled an assault rifle out of a bag and began to open fire,” Gannon said.

Passenger Saryan had just cleared the TSA checkpoint and was reaching for his shoes and belt when shots rang out, prompting “everybody (to) hit the ground and .. run.” A TSA officer grabbed Saryan’s shoes and started running alongside him, before the gunman grazed the officer with a bullet.

“I went and cowered in a corner,” Saryan said.

He had company. Gannon said two officers from his department responded “within seconds after the shooting started” and ran off in pursuit of the suspect.

Traveler Vernon Cardenas was sitting at one end of the terminal, when he heard noise and saw a mass of people running toward him. He and others bolted through a kicked-open exit door and ran onto the tarmac — believing then it was safer there — even with then still-arriving and departing jetliners — than in the terminal above.

The circular area where Cardenas had been is where the bloodshed finally ended with the gunman’s shooting by law enforcement, according to the intelligence source. They didn’t take any chances with the wounded suspect either, handcuffing him to a gurney as he was being carried out.

Actor Tim Daly said that when he was eventually led out of the the Virgin America first-class lounge, he saw where the incident came to a head around Gates 35 and 36. After being told not to step on any blood or glass, Daly spotted a high-powered rifle on the ground along with a pair of black shoes and several bags strewn across the floor.

Also there was more than 100 rounds of unspent ammunition, Los Angeles Mayor Eric Garcetti said, enough to “have literally killed everyone in that terminal today.”

Los Angeles Police Chief Robert Beck credited the responding airport police officers with heroically saving lives with their efforts. It was a sentiment echoed by Mike Bonin, a city councilman whose district includes the airport and its surrounding neighborhoods.

“When shots rang out, members of the Los Angeles World Airport police department ran towards that gunfire, without regard to their own safety and well being,” Bonin said. “… No doubt, without their efforts, the casualty count today would be significantly higher.”

Even once the suspect was shot and detained, law enforcement officers roamed the airport with guns drawn looking for others who might have involved.

KCAL showed live video of three officers with rifles to their shoulders inspecting parked cars in an open-air parking lot. At one point, firefighters lay tarps on the street at the airport, apparently for triage.

The episode soon rendered one of the world’s busiest airports a ghost town. Large portions were evacuated as authorities ordered a “ground stop” for arriving planes that lasted four hours.

About 750 flights were affected by the ordeal, including 46 would-be arriving aircraft that were diverted to other nearby airports, said Gina Marie Lindsay, executive director of Los Angeles World Airports. Some that did touch down were held on the ground in Los Angeles, while others didn’t leave their originating airports.

The area around the airport was jammed with cars as police shut down access. Meanwhile, many who were in the terminals, waiting for flights to arrive or depart, were pushed out.

Even as late as 4 p.m. — some 6½ hours after the shooting occurred — masses were still huddled on sidewalks outside the airport, because they had no place else to go.

Soon after that, people started moving back in as the airport operations kicked back into gear. Terminal 3, though, remained closed — all flights that were supposed to go in and out of there were relocated elsewhere in the airport — and will be “for a while,” said Bowdich of the FBI.

“This has been a trying day for everyone, I know,” Lindsay said.

That’s especially true for members of the TSA, which lost one of its own Friday and had two others wounded.

The federal agency’s chief, John Pistole, is heading to Los Angeles on Saturday. Before he left, he sent a message to his employees thanking them for their good work and support for each other.

“Together, we will get through this,” Pistole wrote. “Our faith will guide us and our professionalism will ensure our ability to carry out our mission.”