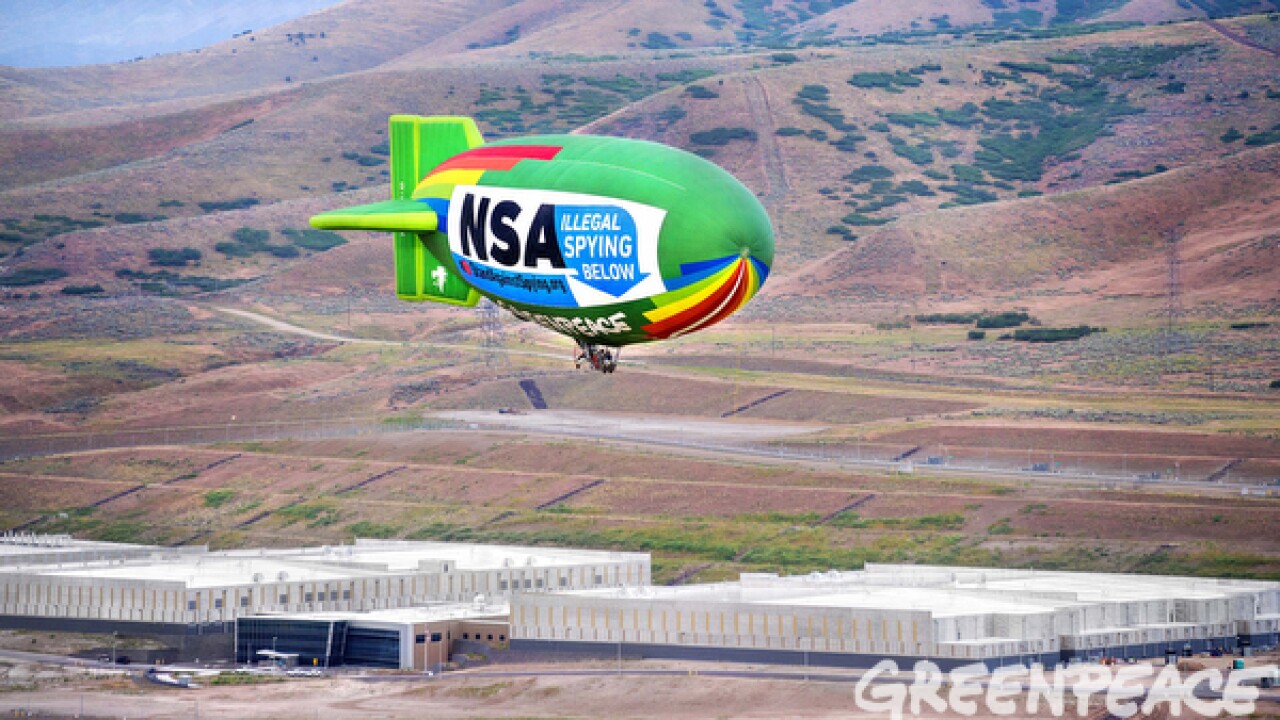 A coalition of grassroots groups from across the political spectrum joined forces to fly an airship over the NSA’s data center in Bluffdale, Utah on Friday, June 27, 2014, to protest the government’s illegal mass surveillance program. The environmental group Greenpeace flew its 135′ long thermal airship over the data center carrying the message “NSA Illegal Spying Below”. Photo by Greenpeace

SALT LAKE CITY — A bill that would shut off the water and power for the National Security Agency’s massive data center in Bluffdale is back in the Utah State Legislature.

Rep. Marc Roberts, R-Santaquin, has reintroduced his bill that would cut off material support for the center. HB 150 directs the state or any contractors “to refuse support to any federal agency that collects electronic data within this state.”

The bill is being run in protest of the NSA’s electronic surveillance activities. Roberts introduced the bill last year and vowed to bring it back after it did not advance in the legislature.