SALT LAKE CITY - In day two of the John Wall trial, jurors heard from a blood pattern expert, and also the sister of Uta von Schwedler. Uta von Schwedler's sister Almut von Schwedler took the stand, and under direct examination she spoke about her sister’s agitated state of mind after her divorce from John Wall.

Almut said Uta tried taking an anti-depressant for a week while she was going through her divorce and custody battle but didn't like how she felt and stopped. She said she had no knowledge her sister was taking Xanax, and she said they never found any bottles or prescriptions for Xanax in her home when they cleaned it out after she was found dead in her bathtub. There was Xanax in her system when she was found dead.

“She was telling me about the difficulties that she had after the relationship with her boss at the time, who she’d worked for for five, six or seven years--that relationship had started breaking down,” Almut von Schwedler said. “The other issue was obviously the marriage breaking down and that she was quite agitated.”

Uta's next-door neighbor, Maureen Conley, also testified Thursday. Conley told the jury that she remembers seeing Uta having an animated conversation on the phone in her dining room the night before she died.

Maureen Conley: “I was walking up my stairs, and, the window in our loft faces her home and I looked out the window and saw her in her dining room.”

Attorney: “What was she doing at the time?”

Maureen Conley: “It looked to me she was talking on the telephone and having an animated conversation, she was shaking her head."

Von Schwedler had multiple cuts on her body. Witnesses who also testified Thursday included Rod Englert, a blood stain expert. Englert said after looking at the blood stain patterns, he believes there was a struggle and it was a homicide staged to look like a suicide.

"This is consistent with a violent struggle,” Englert said.

This trial is supposed to last four weeks. Court is not in session Friday but will resume Monday. 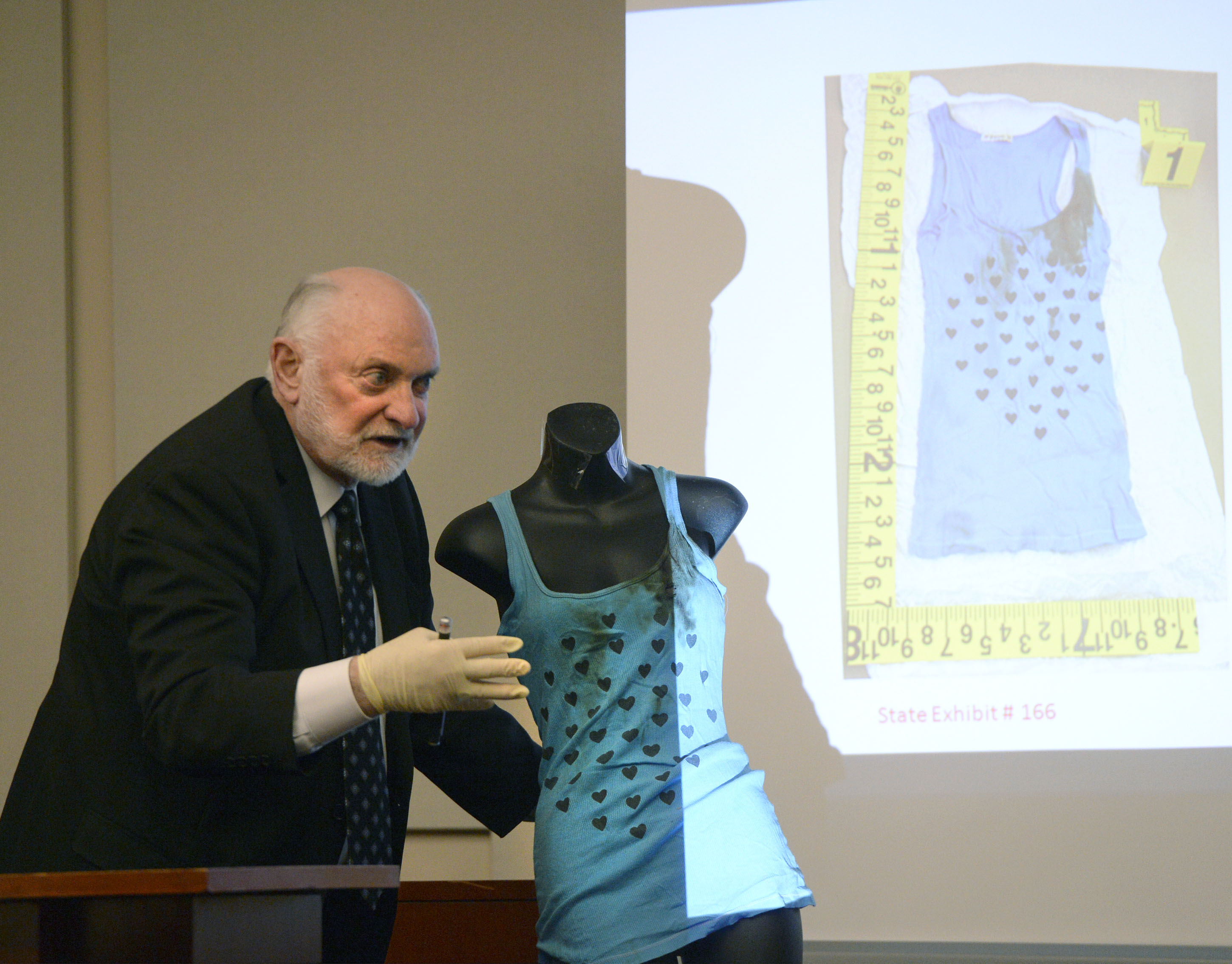