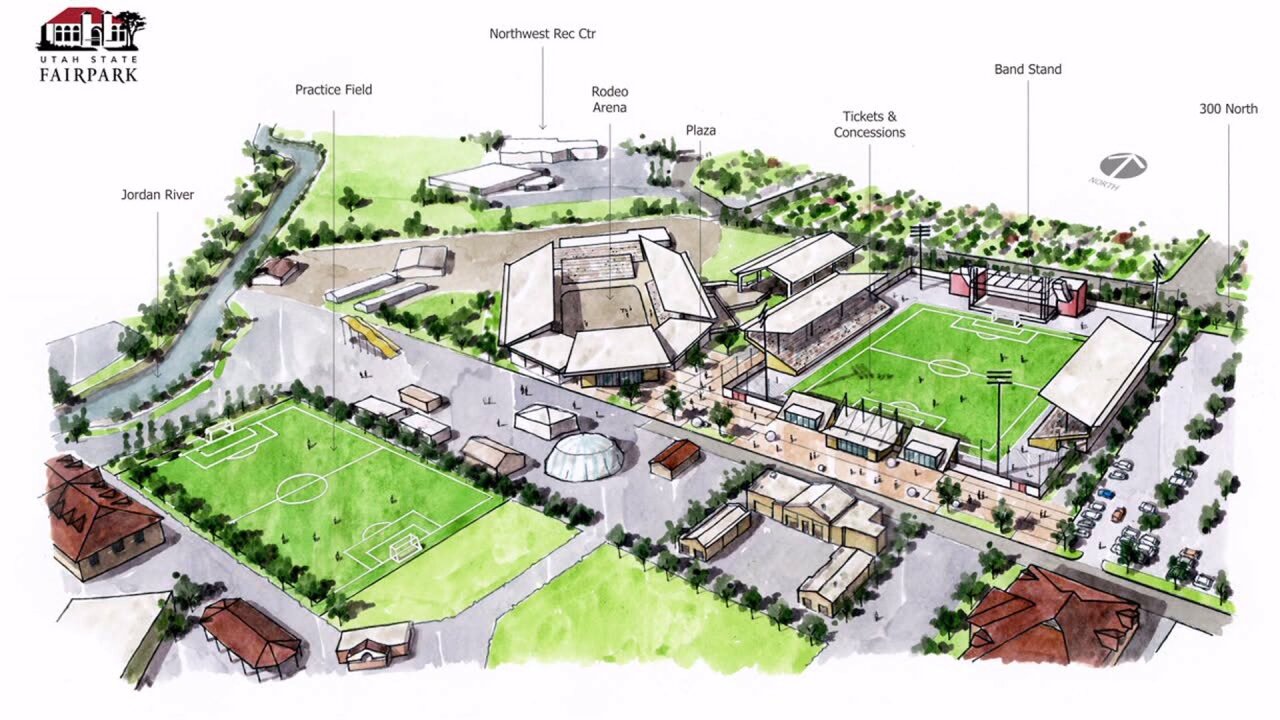 A rendering of the proposed soccer stadium at the Utah Fairpark.

SALT LAKE CITY – About a month after unveiling an agreement to build a soccer stadium at the Utah State Fairpark, which was contingent on a lease extension, the owner of Real Salt Lake has rescinded their proposal to build the stadium at that location.

Hansen and Beattie had been looking into the possibility of the stadium at the Fairpark, as the deal would have provided a permanent home for the Monarchs while also helping the Fairpark, which has struggled financially in recent years.

According to Wednesday’s press release, on January 24 Hansen and Beattie had unveiled a jointly signed term sheet for the construction of the $18 million, 8,000 seat stadium. The sheet was contingent on the state extending the fairground's current lease for another 40 years. The current lease expires in 2017. The release states Hansen had agreed to pay the full cost of the project, which was an effort to expedite development.

"I must convey our deepest gratitude to both Mr. Beattie, Mr. Steele, the Fairpark Board and countless others for their efforts in trying to make this happen," Hansen stated in the press release. "Roger has been tireless in driving this project's vision and Mike has pushed for decisions to take the Fairpark into a new era. Unfortunately, the timing and process involved with this project no longer make the venue a viable option for the business plans regarding the Monarchs and ancillary properties."

The Rose Park community looked at the soccer stadium as a last ditch effort to not only save the Fairpark but revitalize the entire neighborhood.

"I really don't think it's what Utah stands for," said Senator Luz Escamilla, D-District 1. "We call ourselves the most friendly state for business, well we just lost a great opportunity and I'm sad and disappointed. The governor had a chance to sign that lease; we gave that authority to him in 2010. I was there when we voted for this, and then the legislature also had a chance, it was in our 45 days of the state legislature, and we could have passed a bill."

Residents and business owners in the area say the stadium would have been a huge economic and cultural boost.

"The first thing I thought about was the inability of our current legislature to get things done," said Blake Perez, who is the Rose Park Community Council Chair. "This is a great opportunity for a successful and revered Utah businessman who is bringing his own resources to improve a product and you say, 'No' to it."

The Monarchs are a United Soccer League team slated to start play in March of this year, and the team was started in order to bridge the gap between the club’s MLS team, Real Salt Lake, and their academy at the Grande Sports complex in Arizona. For the Monarchs’ inaugural season, the team will share Rio Tinto Stadium in Sandy with RSL. The release states Hansen and the club are, “continuing to seek opportunity through the valley for a permanent Monarchs home.”