Can Math be as Popular as Sports? 600 Alpine Kids Say “Yes”

The following article is sponsored by IM Flash. 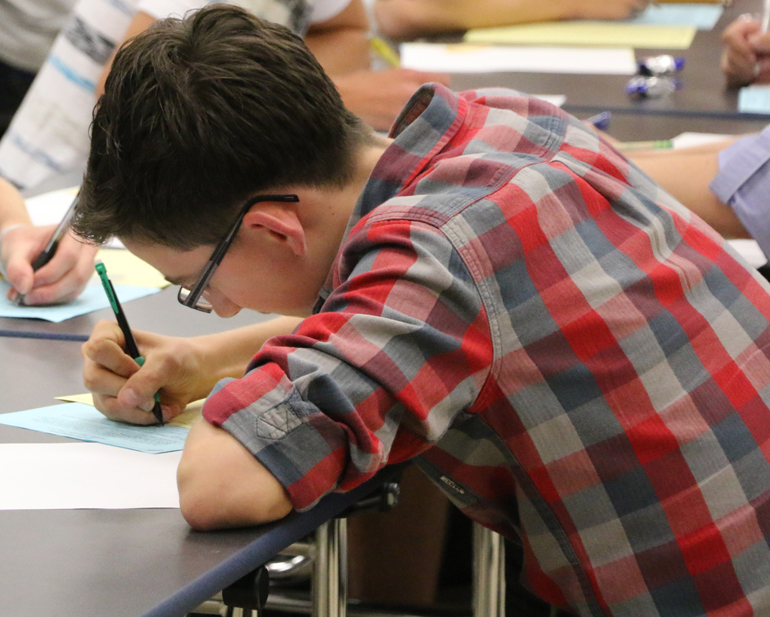 Can math be as popular as sports in high school? 600 kids in Alpine School District think so. That’s how many students have joined math clubs in the last three years, thanks to a unique partnership with local industry.

IM Flash, a Lehi-based joint venture between Intel and Micron, approached Alpine School District about creating a program to boost students’ math skills and help them be better prepared for the future. The company donated $150,000 in 2013 to start the math clubs and fund remediation.

“Our goal when we started this whole thing was to make math as popular as sports in our high schools,” said Kevin Driggs, Workforce Manager at IM Flash. “Participation has taken off from year one, and we couldn’t be happier with the result.”

The students meet after school for club meetings and also compete with the other high schools once a month. Most high school competitions in Alpine School District are loud and noisy, with bands, cheerleaders, and screaming crowds. Go into a math club competition and you’ll be startled how quiet they are. Students sit hunched intently over sheets of paper, screwing up their faces in concentration. Because every high school in the district competes all at once, the cast of characters starts to become familiar as the students size one another up. Each school has a shirt or jersey – usually adorned with math puns – to set them apart. They win prizes every month, and each competition has food – another participation incentive for hungry high school students.

Remediation is also a big focus for the math clubs. The students tutor other students and they’re paid for their time, giving them work experience and boosting their mentoring skills.

According to Sharon Gourley, who oversees Lehi High School’s club, the students get a lot of benefits from math club. “They have a camaraderie in the club that helps them to be more confident not only in math, but in other areas as well. We have some kids join who really are not fond of math, but through the club, they have started to enjoy it.”

Since that initial donation, IM Flash has donated over half a million dollars and doTerra has come on as an additional sponsor.

“Working with the kids is the best thing about the club,” said Gourley. “It’s fun to do math with kids who really want to learn…I get to see kids grow throughout the years they are in the club, and it’s amazing to see.”