‪“I was woken up by explosions and glass flying and people screaming,”‬ said resident Ian Morrison, while holding a jar full of money. "I was able to save my life savings here, but that's about it."

Crews responded to the three-alarm fire at West Cliff Apartments, 419 E. 200 South, at about 1:46 a.m. When crews arrived on scene, they found people gathering on the side of the street and by the fire escape.

Investigators say the fire originally started in a north-east unit on the third floor. The cause has been determined to be accidental, but authorities have not given details about a specific cause.

“One person did jump from that fire escape, suffered a leg injury and was transported to hospital,” said Capt. Mark Bednarik with Salt Lake City Fire. “Crews were able to do a ladder rescue of the other occupant, and the other two people had to be rescued from the inside.”

The person with the leg injury was taken to an area hospital, and two people who suffered smoke inhalation were also transported to hospitals, according to Salt Lake City fire.

Three cats and one dog were also rescued from the building.

The flames were put out at about 3:17 a.m. Crews helped retrieve personal necessities for residents, according to a tweet from Salt Lake City fire.

The Red Cross is now working to help displaced residents find shelter. They say out of the 24 apartment units, residents from 18 of them are seeking help from the Red Cross. However, Morrison said he doesn't want assistance for himself or for his mom.

‪“That’s our new home right there,”‬ he added, while climbing into his car and driving away.

One firefighter suffered a minor traumatic injury after accidentally being hit with a tool. 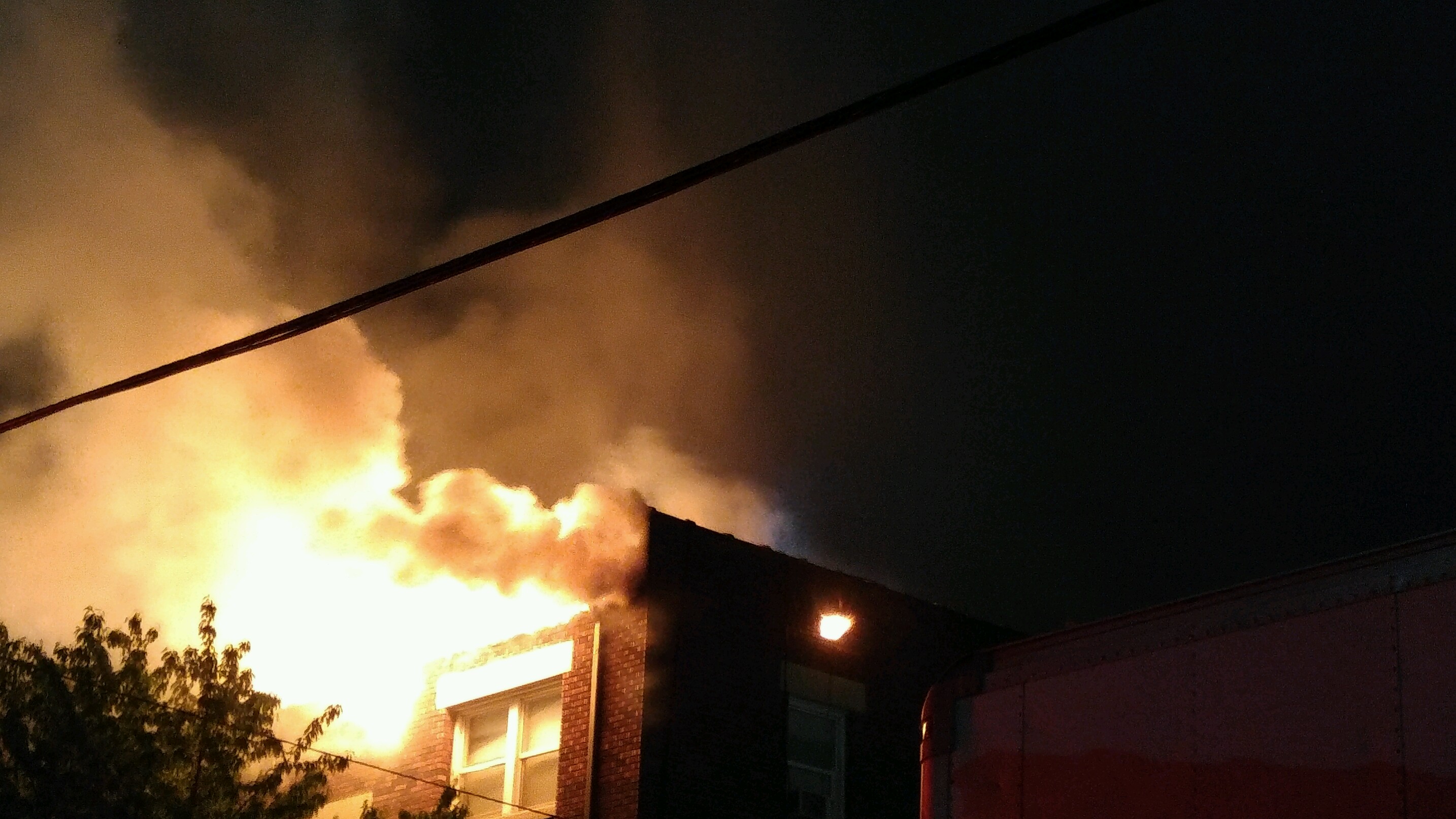