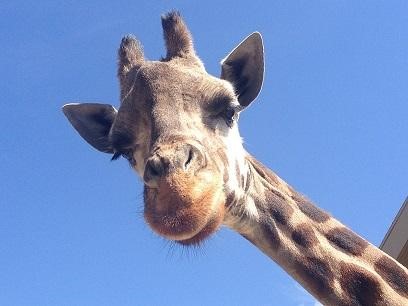 At the age of 31 years old, Daphne doubled the average giraffe lifespan of 15 years.

According to a news release from the zoo, the decision to humanely euthanize Daphne was made due to her age, low energy and decline in strength. Daphne also showed a decline in appetite and she had been suffering aches and pains, the news release said.

“We found her lying down which Daphne hasn’t done for a long time,” said Dr. Erika Crook, an associate veterinarian at Hogle Zoo, in a news release sent to FOX 13. “We’d been monitoring her for a few months and as is often the case with animals, they let you know when it’s time.”

Zookeepers said Daphne had a big personality and she was a wonderful mother to many calves. Daphne was also described as a “caring auntie,” most recently to baby Willow. Daphne joined the Hogle Zoo family in 1985.