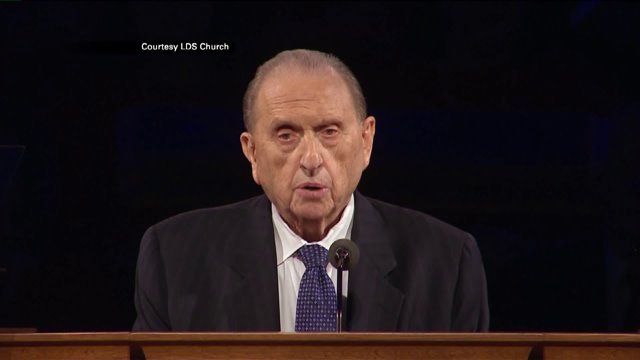 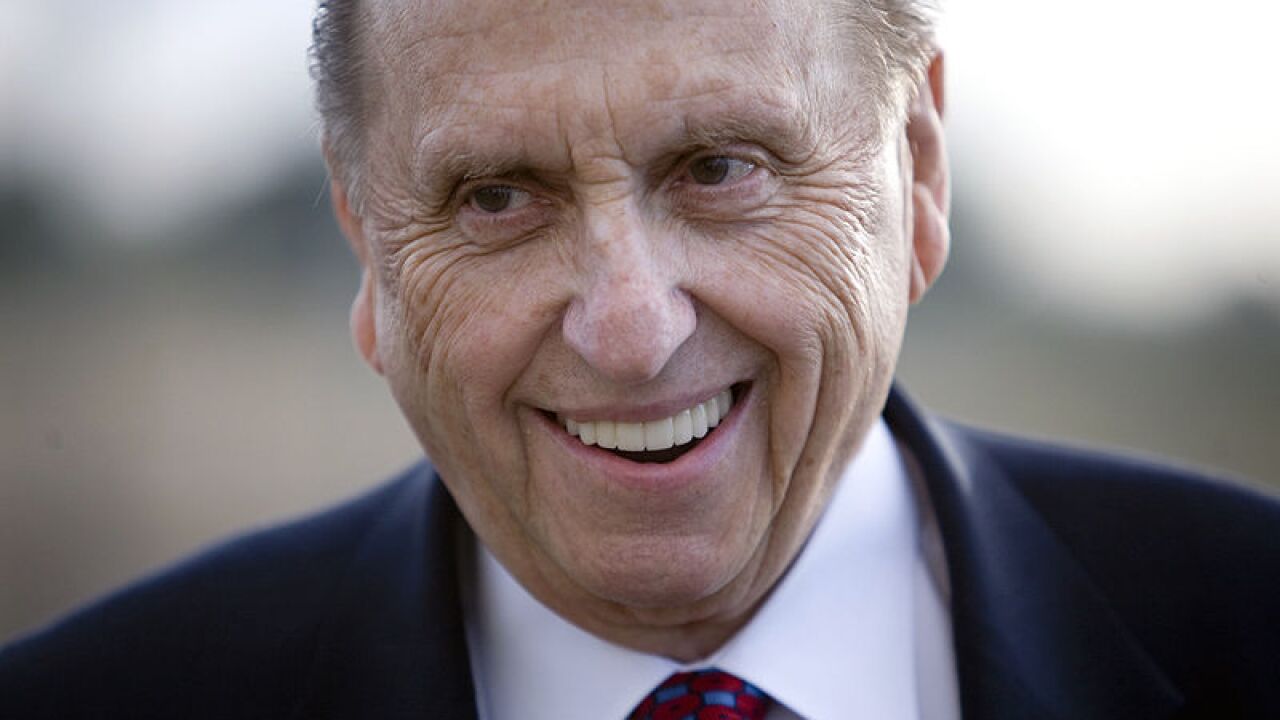 SALT LAKE CITY -- Attorneys have subpoenaed Thomas S. Monson, the President of The Church of Jesus Christ of Latter-day Saints, to give a deposition in a series of lawsuits alleging sexual abuse of Navajo children who participated in a church-run placement program.

Lawyers representing four people who claim to have been sexually abused while participating in the LDS Church's "Lamanite Placement Program" or "Indian Student Placement Program" in the 1960s and 1970s issued a deposition subpoena to the church leader. FOX 13 learned of the subpoena when attorneys for the church filed in U.S. District Court in Salt Lake City to have it quashed.

A letter from the alleged victims' attorney, Craig Vernon, argues that President Monson's testimony is relevant. He cites the situation surrounding former LDS Church General Authority George Lee, who was excommunicated from the church in 1989 and accused of sexual abuse. Vernon argues Monson was a high-ranking Mormon church leader at the time, and would be in a position to testify about complaints against Lee.

"What President Monson knew or didn’t know about this and child sexual abuse within this program in general, is relevant. If President Monson claims no knowledge, that too is relevant to what the Church knew or should have known about Lee and his ability to lead this program within the boundaries of the Navajo Nation and protect Indian Placement Program’s children from sexual harm," he wrote.

The Mormon church is vigorously fighting to have the subpoena of its top leader quashed, going to a federal judge. A copy of the deposition subpoena, obtained by FOX 13, shows lawyers for the alleged victims want President Monson to sit for the deposition on August 4 in Salt Lake City.

Four people -- identified in court documents only by initials -- have filed lawsuits against the LDS Church, accusing it of not doing enough to stop sexual abuse within the church-run program in the 1960s and 1970s. They claim they were taken from their homes in the Navajo Nation, baptized into the Mormon faith, and placed with foster families across the state. One lawsuit claims it was "the LDS Church's desire to convert Native American or 'Lamanite' children and assimilate them into their culture reflects teachings in the Book of Mormon, a book of canonized scripture unique to the Mormon religion."

Some of the alleged victims claim they reported sexual abuse to LDS Church officials, but nothing was done and they were not removed from foster homes.

The lawsuits were filed in Navajo Tribal Court in New Mexico. The Church of Jesus Christ of Latter-day Saints has fought to have the lawsuits brought to federal court in Salt Lake City, arguing that the alleged abuse occurred in Utah and it should be litigated here. Attorneys for the alleged victims have conceded that if it were moved to Utah, statute of limitations issues could doom the lawsuits.

The LDS Church did not offer any comment beyond the court filing. The church has said it has toughened its abuse reporting requirements and how it tracks people accused of abuse.

In lawsuits involving the LDS Church, it is not unheard of for lawyers to attempt to depose the faith's leaders. It is rare for them to actually have to give testimony.

Peter Stirba, a Salt Lake City attorney not connected to this lawsuit, said civil litigation rules allow for a corporation to designate someone to testify in depositions, not the leaders. He did not think that a judge would likely grant the plaintiff's request, noting the other avenues they have.

"Let's say you have a fender-bender with your Chevy Tahoe," Stirba said. "The first thing you do not do is say, 'Let's depose the chairman of the Board of GM.'"

Vernon told FOX 13 in an interview Friday that he believed President Monson had "unique information" he could provide for the case and his testimony under oath was necessary. Vernon said he would like to conduct it soon, pointing to Monson's age and health.

"We feel we have the right to depose him. We want to depose him now," Vernon told FOX 13. "Everybody has an expiration date on earth and President Monson does as well. Frankly, because of his age, we believe time is of the essence."