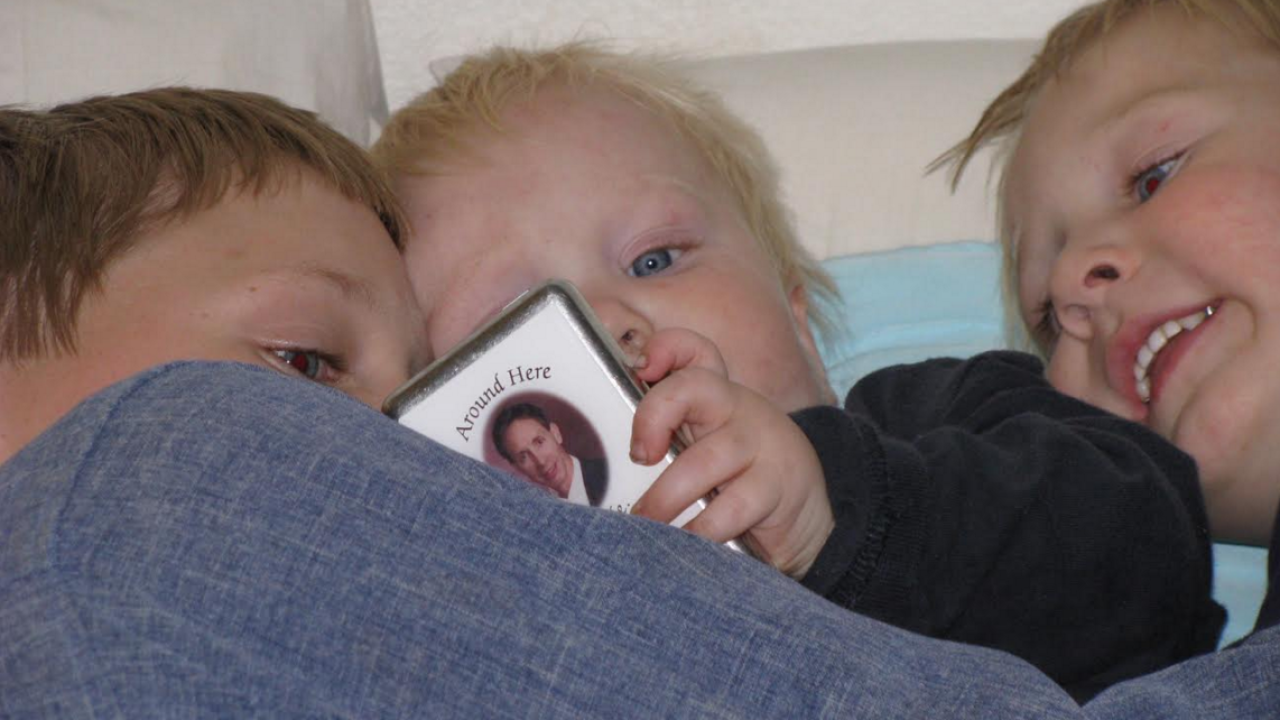 An image of FLDS leader Warren Jeffs is held by Brenda Nicholson’s children in this undated image she provided to FOX 13.

The U.S. Attorney's Office for Utah made that accusation in a court filing, seeking to use the Fundamentalist LDS Church leader's own words against 11 people charged with food stamp fraud and money laundering when they go on trial next year.

"Because the circumstantial evidence establishes that Warren Jeffs knew that a large percentage of members in the small and insular, FLDS community received SNAP benefits, he conspired in the commission of SNAP fraud when he ordered members to donate all of their material substance to the church," assistant U.S. Attorney Robert Lund wrote.

Prosecutors are asking to use recorded conversations Jeffs had with followers while in prison for child sex assault related to underage "marriages." In them, he establishes a new, elite "united order" within the FLDS Church and directs followers to hand over everything they have, declaring it: "Giving all unto their God and building up my storehouse."

Ex-FLDS Church member Brenda Nicholson described the requirements to give the church everything to get into that united order as "insane."

"You had to make an itemized list of everything you owned," she said in an interview Tuesday with FOX 13. "We were counting rubber bands for my daughter's hair. Once a month, you had to do your report, where you accounted."

An itemized list FLDS members were required to fill out to gain acceptance into a "united order" within the FLDS Church. (Image by Brenda Nicholson)

Nicholson said they were also instructed to account for how they spent their days, or "how you were using the Lord's time."

She was never let into the "united order." Three of her children were and her family left the FLDS Church in 2012. Nicholson said she never participated in SNAP fraud but knew it was happening.

"He has definitely directed for things to be done that were illegal," she said of Jeffs.

The U.S. Attorney's Office for Utah had no comment when FOX 13 asked why Jeffs has not been charged with anything, if he's accused of ordering the conspiracy. Defense attorneys for the 11 FLDS Church members facing charges may raise that issue when they respond to the filing.

Brenda Nicholson and two of her children in a photo she provided to FOX 13 from when she was still in the FLDS Church.

Jeffs is serving life in a Texas prison and FBI agents claim he continues to direct the operations of the Utah-based polygamous church.

In another court filing, prosecutors claim FLDS leaders "had more than enough to meet their needs while rank-and-file members went without." They included a spreadsheet of cars Lyle Jeffs had, including numerous vans, a Lincoln Navigator, three Ford pickups, three Infinitis and a motor home.

"So we're giving everything -- I mean, we were suffering, our children weren't getting what they needed. We didn't go to the dentist, we didn't do any of that kind of stuff," Nicholson said. "You looked at the way they were living and to me, it reached a point where you thought, 'These men don't believe what they're teaching because they don't follow the same set of rules.'"

Lyle Jeffs is accused of escaping home confinement in june. The FBI has said he used olive oil to slip out of a GPS monitoring device. A $50,000 reward has been offered for information leading to his arrest.

An image of FLDS leader Warren Jeffs is held by Brenda Nicholson's children in this undated image she provided to FOX 13.