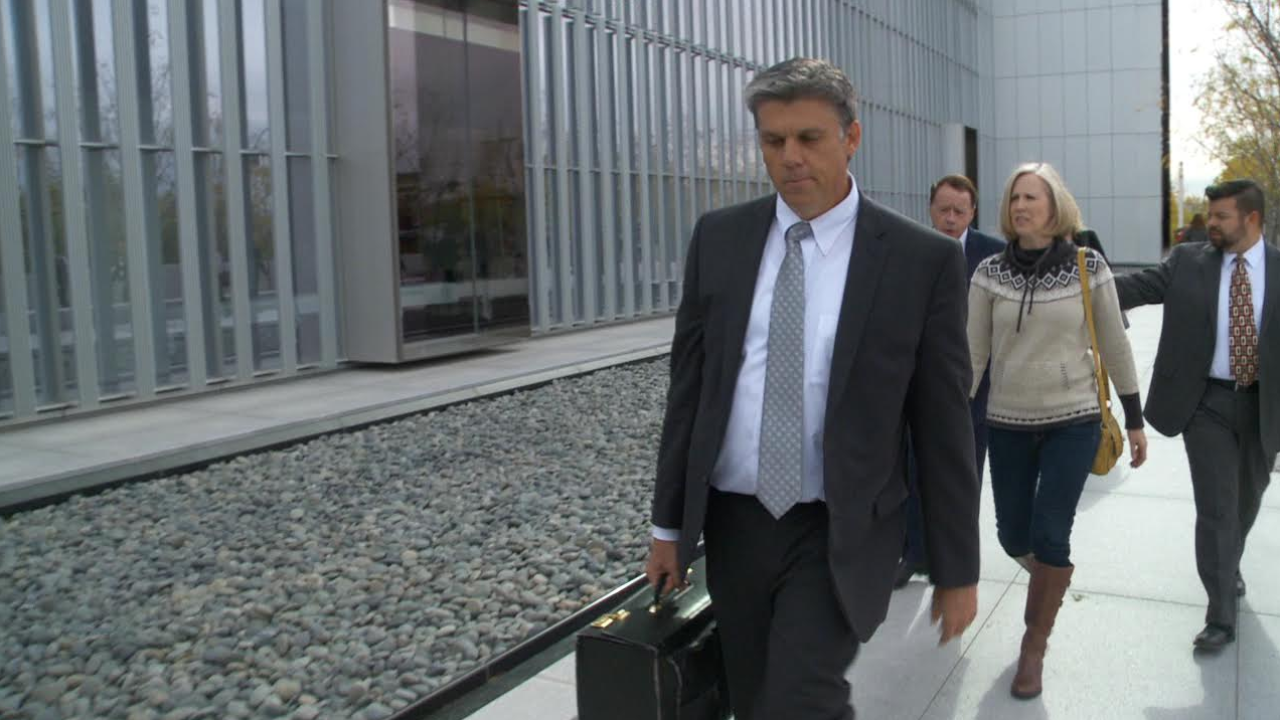 SALT LAKE CITY — A San Juan County commissioner convicted of leading a protest ride through Recapture Canyon in protest of federal land policies is asking an appeals court to overturn his conviction, criticizing a judge who handled his case and insisting the road was not closed to Off-Highway Vehicles.

Commissioner Phil Lyman, who is acting as his own attorney on his appeal before the 10th U.S. Circuit Court of Appeals, was responding to a government filing urging his conviction to stand. In Lyman’s filing, he blasted U.S. District Judge Robert Shelby (who ultimately recused himself) and the U.S. Attorney’s Office for its aggressive response, calling it “low blows.”

“Again – and I apologize for my lack of legal background – but how can Mr. Wells and I stand accused of offering only rumor, suspicion, and innuendo, when the Judge did in fact disqualify himself? This is, to quote Justice Scalia, ‘jiggery pokery’ on the part of the United States Attorneys in this case,” Lyman wrote.

Lyman went on to insist that the portion of the road where the protest took place was not closed to OHVs.

“Judge Shelby was wrong. The road was not closed, at least not the road on which the demonstration took place. Recapture Canyon was not closed. Telling defendants that they may take it up with the Tenth Circuit as soon as they get out of jail is not what I expected. I expected a presumption of innocence and that the prosecution would have to prove otherwise,” he wrote.

“While it is not my place to identify motives, I am directly affected by the impartiality of the judge and the Department of Justice, so I could not help wondering why they would take such a vigorous position without ever even having visited Recapture Canyon or questioning me or asking a the simple question of why, as a respected member of the community, a respected business person, and a well-respected elected county commissioner, I would ‘choose crime’ (their words) in order to effect some movement from the BLM.”

Lyman and his co-defendant, Monte Wells, were convicted in connection with the 2014 protest ride in an area prosecutors claim was closed off by the Bureau of Land Management. In a separate filing, Wells’ attorney Michelle Mumford argued that he was a “citizen journalist” and had no role in the planning of the Recapture Canyon protest ride. She urged the 10th Circuit Court not to conflate the two cases.

A notation with the brief showed the court asked Lyman to resubmit it with technical modifications before it would be considered by the judges.

It is exceptionally rare for a defendant to argue pro se (on one’s own behalf) before the federal appeals courts. The 10th U.S. Circuit Court of Appeals set arguments in the cases on Nov. 17, but indicated it would rule on Lyman’s based on the written filings instead of asking him to argue the case.