Five struck by gunfire during shooting in Seattle 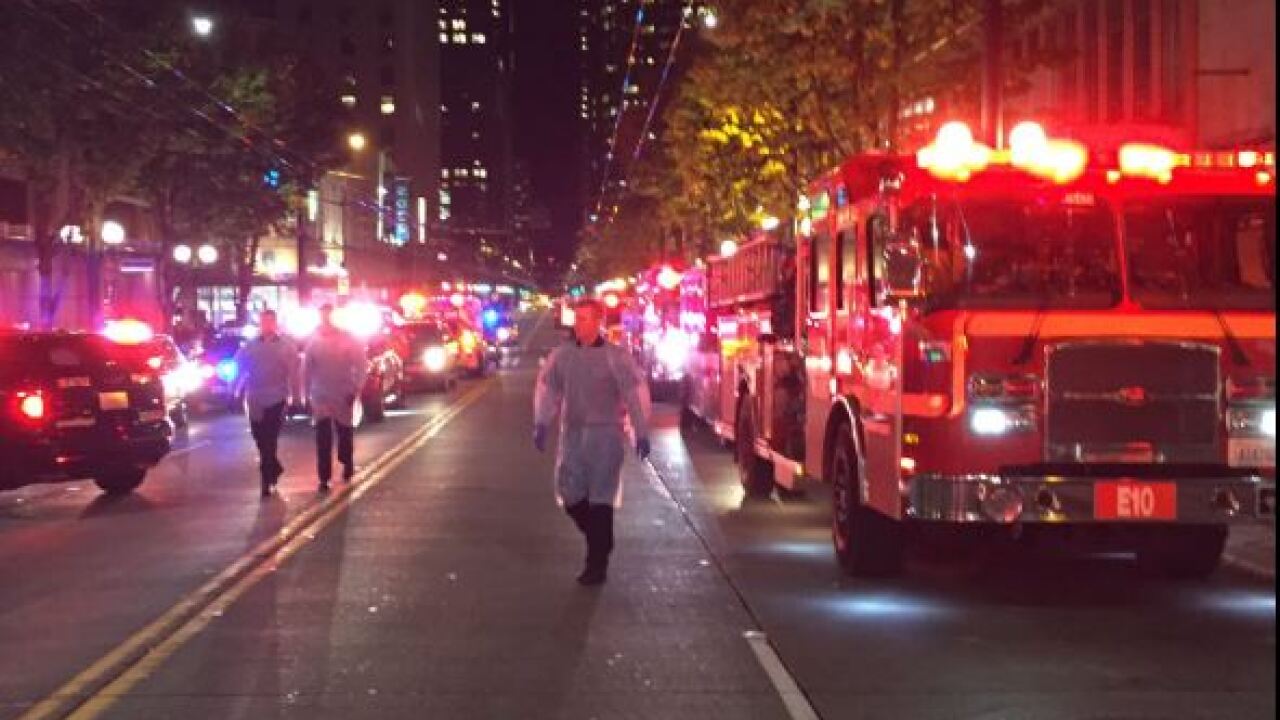 SEATTLE — Five people were injured and one of them is in critical condition after a shooting in Seattle Wednesday night that police said followed some kind of argument on the street.

Q13 in Seattle reports the shooting occurred at 3rd and Pine and stated the incident is not related to an anti-Trump protest happening Seattle Wednesday night. The shots were fired in an area that protesters had passed through much earlier in the night.

Police said the shooting appeared to be the result of some kind of argument that broke out between the gunman and several other people on the street. Witnesses report the man walked away but then turned back and opened fire before fleeing on foot.

Five people were struck by gunfire. While fire department officials initially stated two of them suffered life-threatening injuries, officials said later Wednesday that one individual was critically injured and the other four had non-critical injuries. The victims include four males and one female.