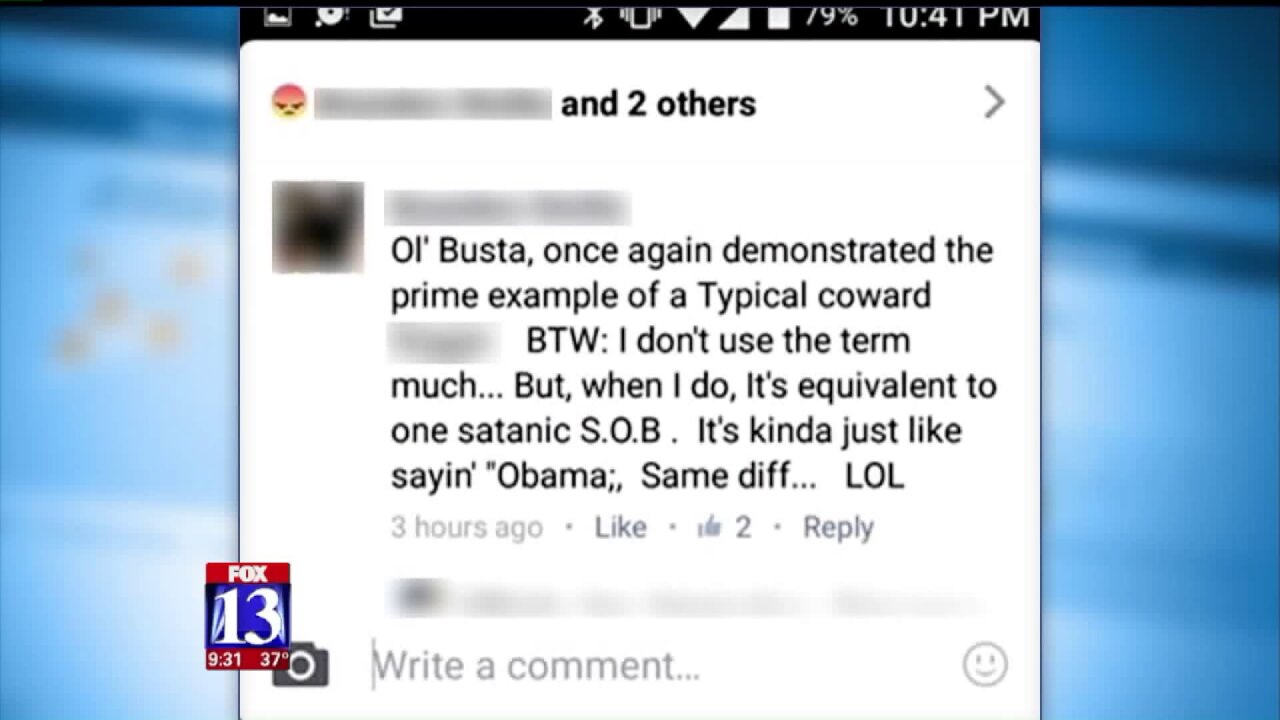 PRICE, Utah -- The Price Police Department confirmed Wednesday it launched an investigation over a Facebook comment allegedly written by one of the department's officers.

Police Chief Kevin Drolc said members of the public called to complain. The post, a screenshot of which was sent to Fox 13, contains racist content.

The comment, in exact wording and grammar, reads, "Ol' Busta, once again demonstrated the prime example of a Typical coward [N-word] BTW: I don't use the term much... But, when I do, It's equivalent to one satanic S.O.B . It's kinda just like sayin' 'Obama;, Same diff... LOL"

Price residents who were shown the comment were surprised.

"Wow dude, like, come on, you put that on Facebook? Eventually somebody is going to see it," said local William Gutierrez. "To say that on social media, to say the 'N' word like that, and be a police officer. Yeah that's, that's a little crazy to me, that kind of blows my mind a little bit."

Gutierrez said the officer's supposed thoughts could turn into ethical concerns with his work.

"His opinion raises questions on how he would treat people," Gutierrez said.

Others said police need to be held to a higher standard, even if making a post on a private social media page.

"That's his own beliefs, he can go ahead and believe that, but just because he's a police officer he needs to be more careful," said Price resident Darion Flores.

Clayton Rhoades said the comment could carry beyond the person, too.

"Although he was portraying his personal beliefs... that can also reflect on the department itself," he said.

Chief Drolc wouldn't make any more comments on the investigation, except to say the Facebook comment, if true, is "unacceptable," and that the department will take the investigation seriously. He said they do have a social media policy in their department.

Fox 13 reached out to the officer who allegedly wrote the comment, but has not heard back.