‘Rhino is a striped dream’: Dog left at Utah shelter with list of instructions from heartbroken child 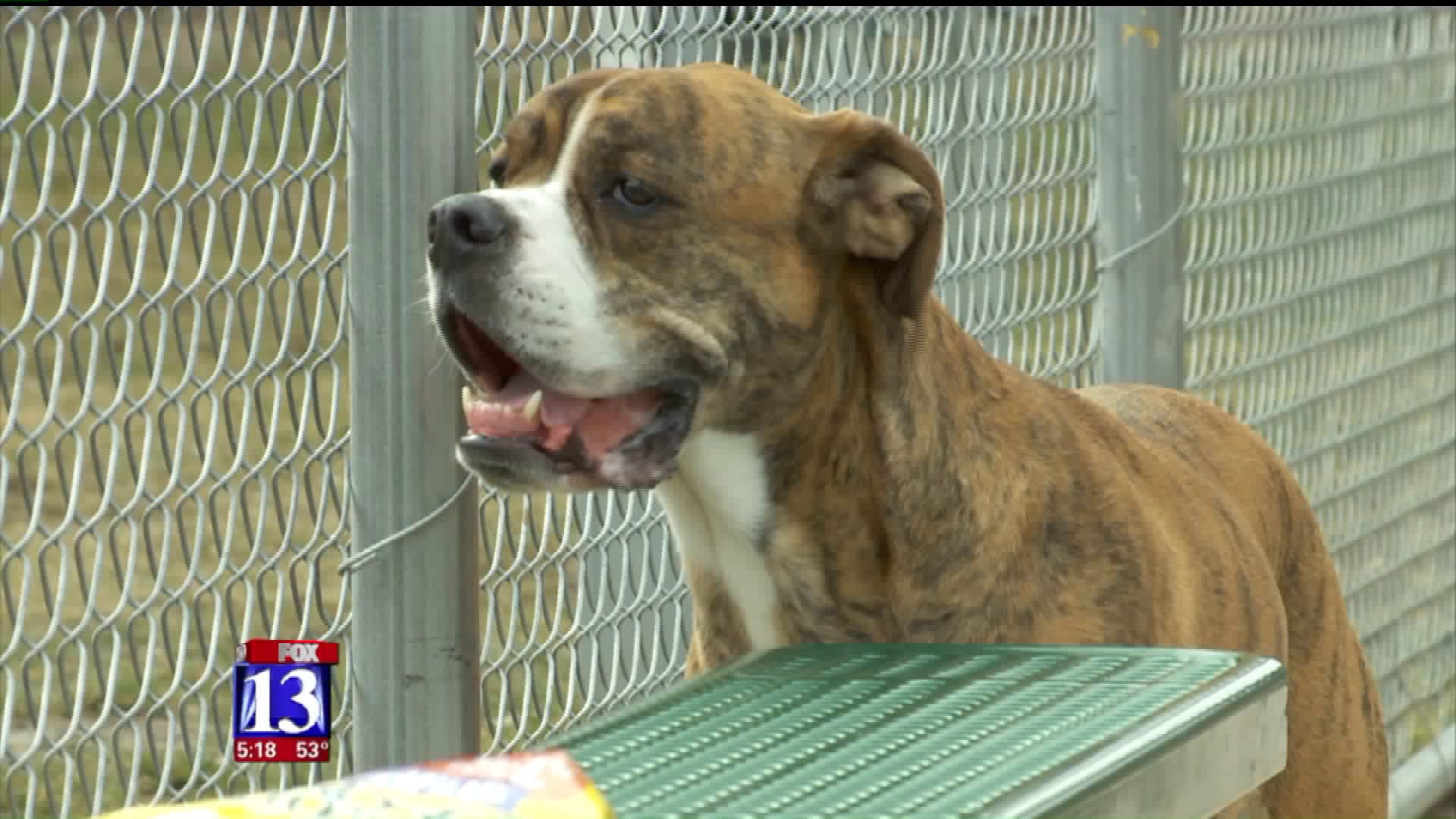 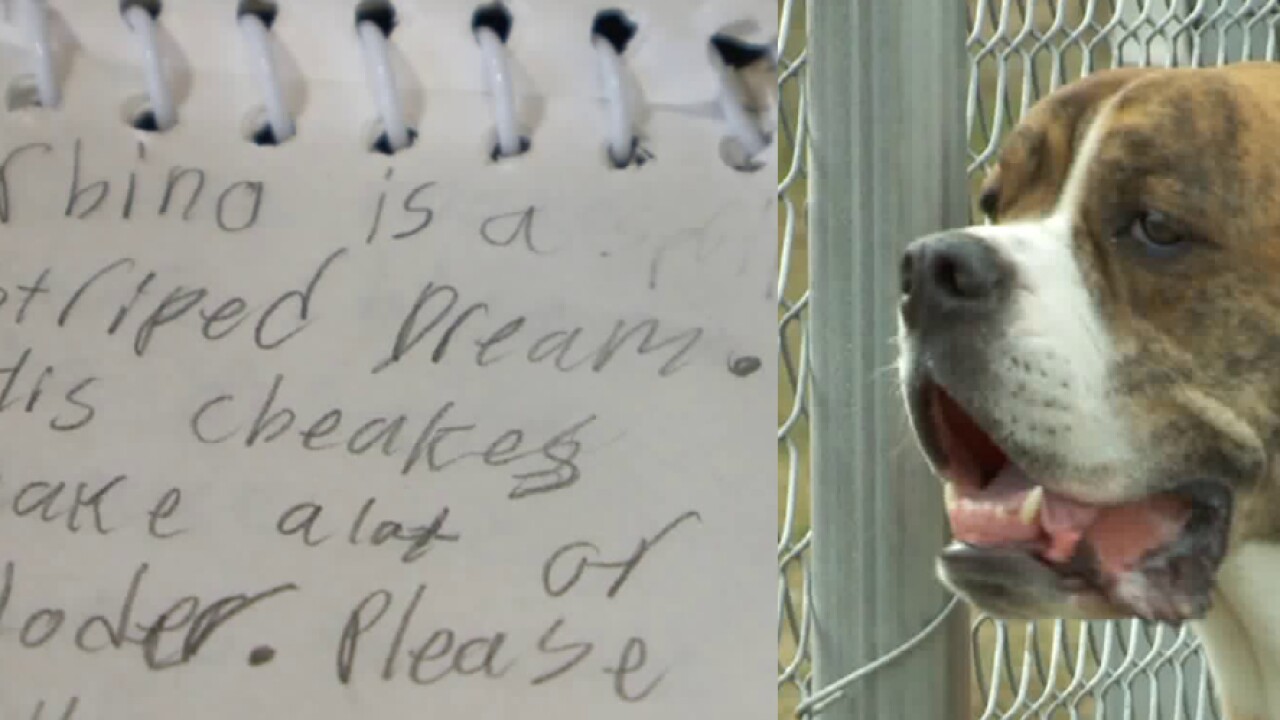 SALT LAKE CITY -- A dog up for adoption at the Humane Society of Utah comes with a list of instructions from a former family member who was obviously determined to make sure "Rhino Lightning" found a good home.

DeAnn Shepherd of the Humane Society of Utah said this is the first time an animal has been dropped off with a list of handwritten instructions from a child.

"It's the first time that a child has done this, and it was very heartbreaking to see from his perspective his relationship and friendship with this dog, but we hope that he sees the story and knows that his best friend is going to find a new home," she said.

A family with several small children determined the dog got too energetic and excited when playing, enough to knock small children down. But when they took the dog to the Humane Society, one of the children brought along some notes describing Rhino as a "striped dream" and asking the future owners to keep his name the same.

"Rhino is a striped dream," one page reads. "His cheeks make a lot of slobber."

On another page the child expresses his hope that his puppy will find a good home.

"He was my puppy. I really hope he is in a good environment. I really miss him. I wish he knew that he was a pretty puppy."

The instructions note that Rhino doesn't like water or snow, and isn't too fond of cats.

For more on the Humane Society of Utah, the animals they have available for adoption, or the ways you can help their efforts on behalf of animals, click here.