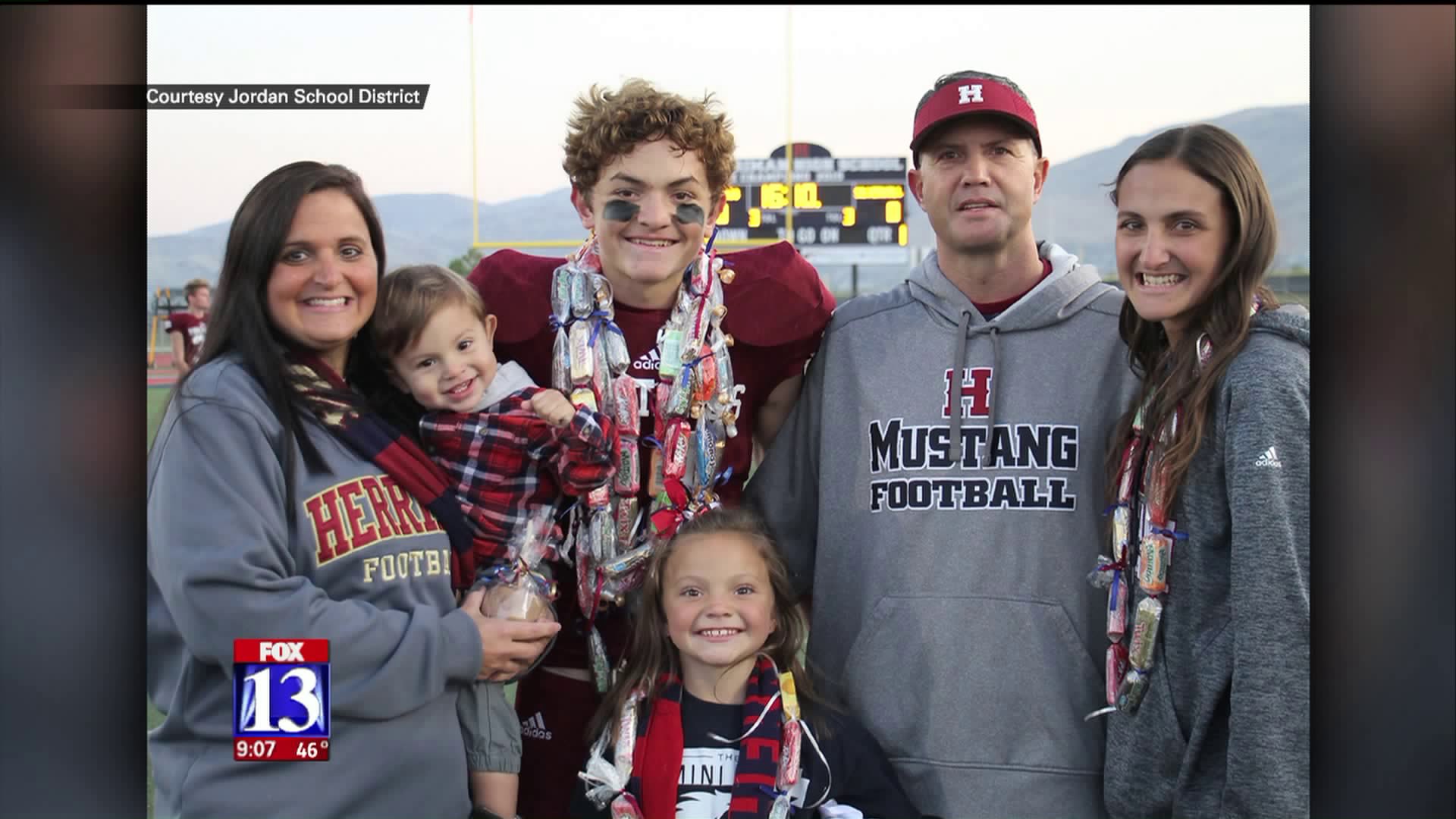 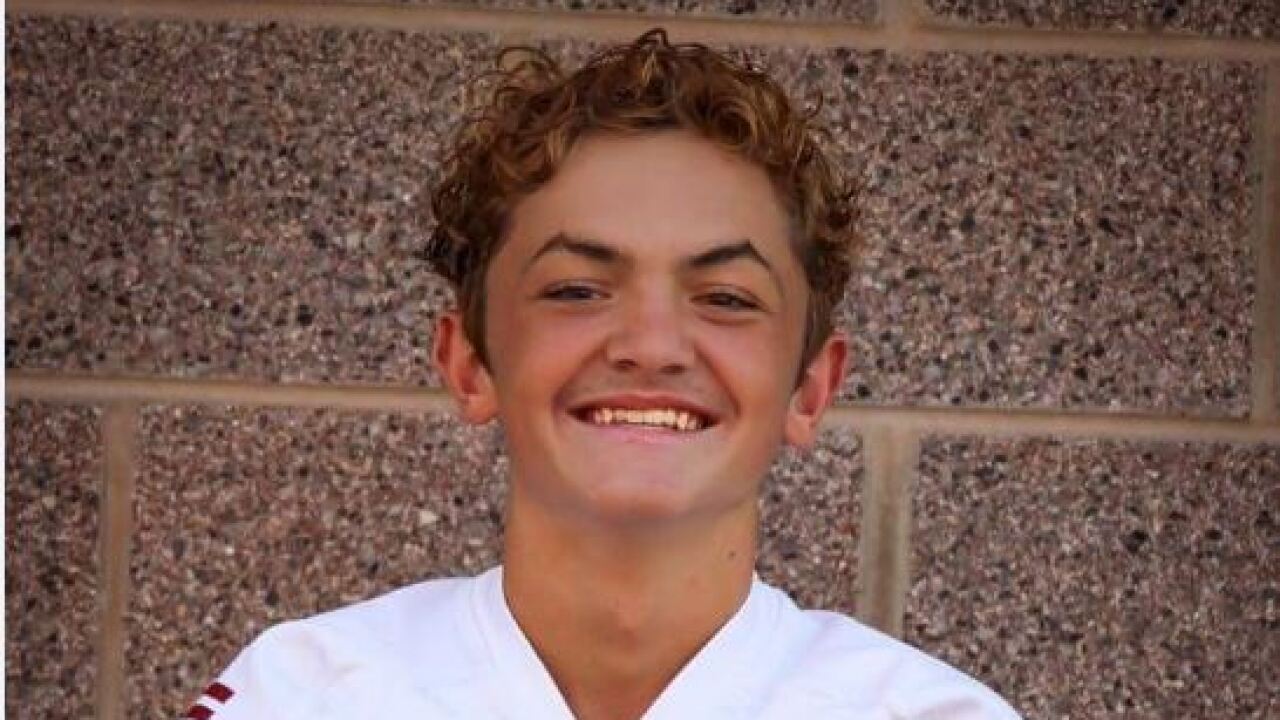 RIVERTON, Utah — Police have identified a teen who was killed after the car he was driving rear-ended a school bus Wednesday.

The victim was identified as 17-year-old Bryson Hathaway, who was a senior at Herriman High School.

Unified Police spokesperson Ken Hansen said Hathaway died after the car he was driving rear-ended a Jordan School District bus in the southbound lanes of Bangerter Highway near 12600 S at estimated speeds of more than 50 miles an hour.

Hansen said the bus had been sitting at a red light, and there was no indication that Hathaway knew the bus was stopped.

The two people on board the bus, a 9th grade female student and a male driver in his 40s, were okay and Hansen said they only suffered minor injuries.

They began to learn about Hathaway's death toward the end of the school day, and he said they called both teams together to deliver the news in person.

"This is still so fresh, that we're still in shock," he said.

He said Hathaway was well known around the entire school. Hathaway had just helped with a school baseball fundraiser last weekend, Allred explained.

"He was just one of those kids you just love to be around... he's what Herriman High is all about," Allred said. "A huge smile all the time, very supportive. Just a great, great young man."

Hathaway's father serves as the assistant coach for the baseball and football teams, Allred said. Even though Hathaway didn't play basketball, Allred said the teen always supported that team as well and showed up to every game to cheer them on.

"Their whole family was a huge support of Herriman High School," he said.

Allred said they'll have counselors at Herriman High on Thursday to support students.

Loved ones have created a GoFundMe page to assist the Hathaway family with funeral costs.