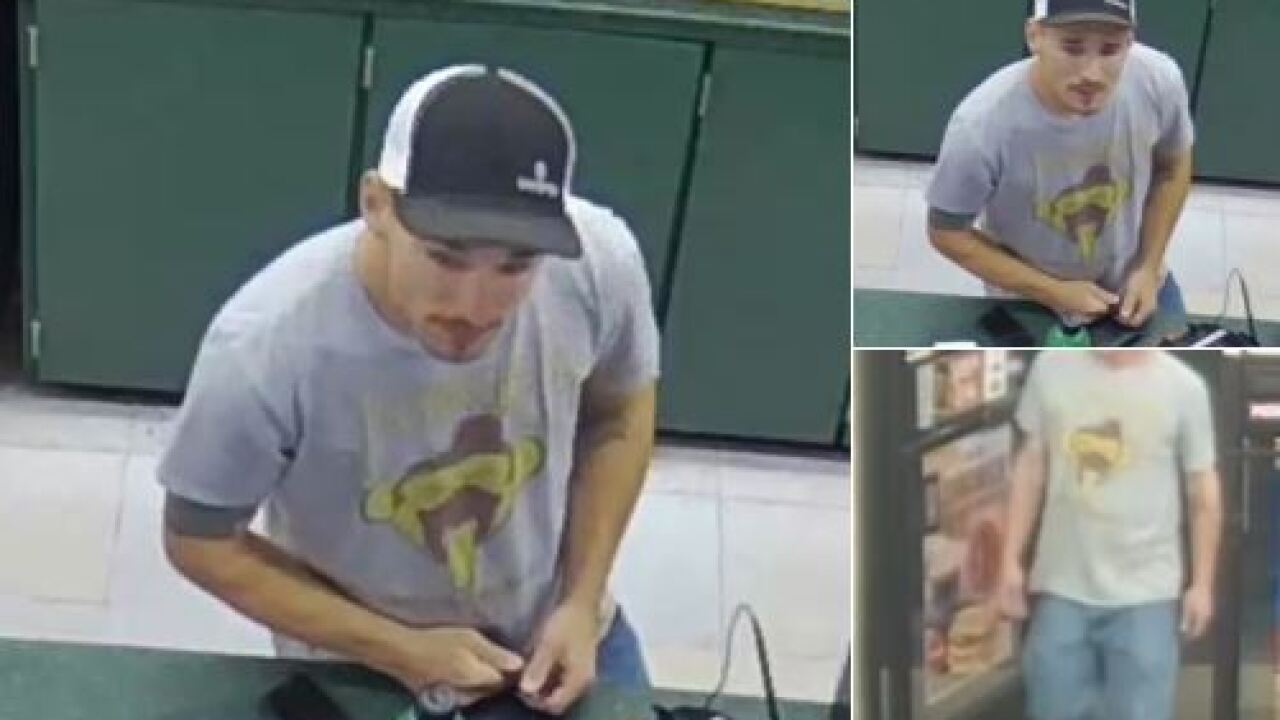 BOUNTIFUL, Utah – The Bountiful Police Department announced Monday it was seeking the suspect of a vehicle burglary and credit card fraud case.

Details regarding the nature of the burglary and fraud were not released by police.

Pictures of the suspect were posted by the Bountiful Police Department on their Twitter page.