SALT LAKE CITY — Monday was a special day for a giraffe named Pogo — she gave birth two her third calf.

The new baby, a female named Georgetta, was born during the early morning hours of September 17. Zoo officials said Georgetta was nursing within an hour and has gained 13 pounds since Monday — putting her at 163 pounds. Georgetta is 5 feet 9 inches tall.

Lead Keeper in African Savanna Melissa Farr said giraffes are pregnant for a really long time, so the anticipation of Georgetta’s birth was intense.

“We’re so relieved it was an easy pregnancy for Pogo,” Farr said, adding that Georgetta is a “healthy little girl.”

“Pogo is doing everything she’s supposed to do, she has great milk production,” Farr said.

Another female giraffe named Kipenzi has also taken a matronly interest in baby Georgetta, even licking and cleaning her. Farr said zookeepers have referred to Kipenzi as “Auntie Kip,” “because she’s been so nurturing.”

Zoo goers will be able to see mom Pogo and baby Georgetta during the first half of Friday, as long as the giraffes allow it. Georgetta is the eighteenth giraffe born at the Hogle Zoo since 1969. 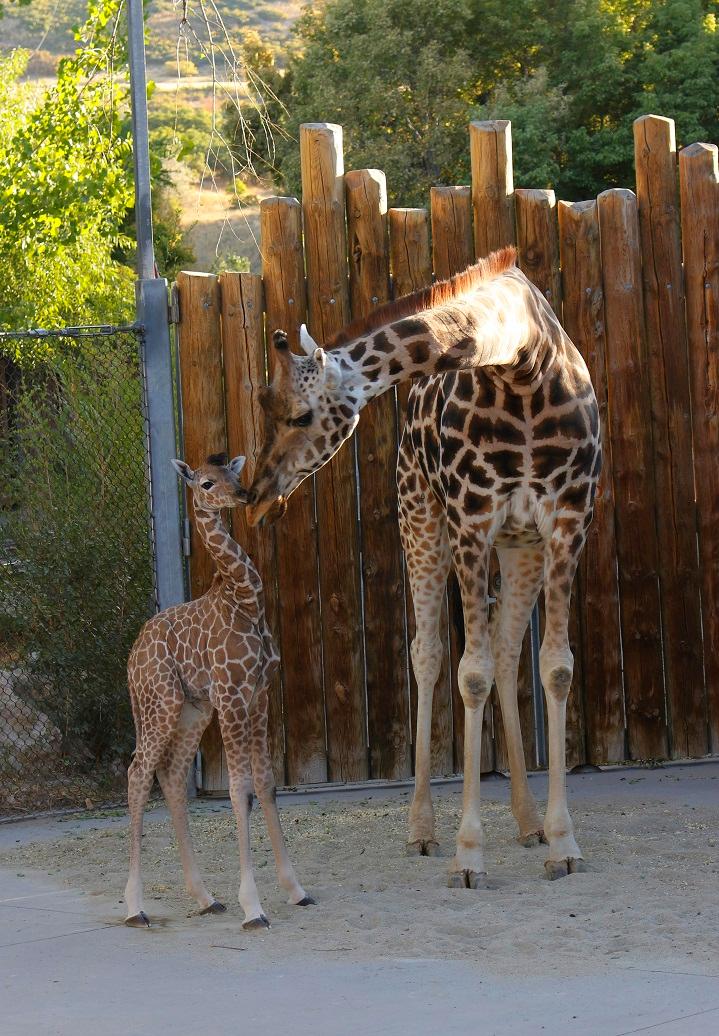