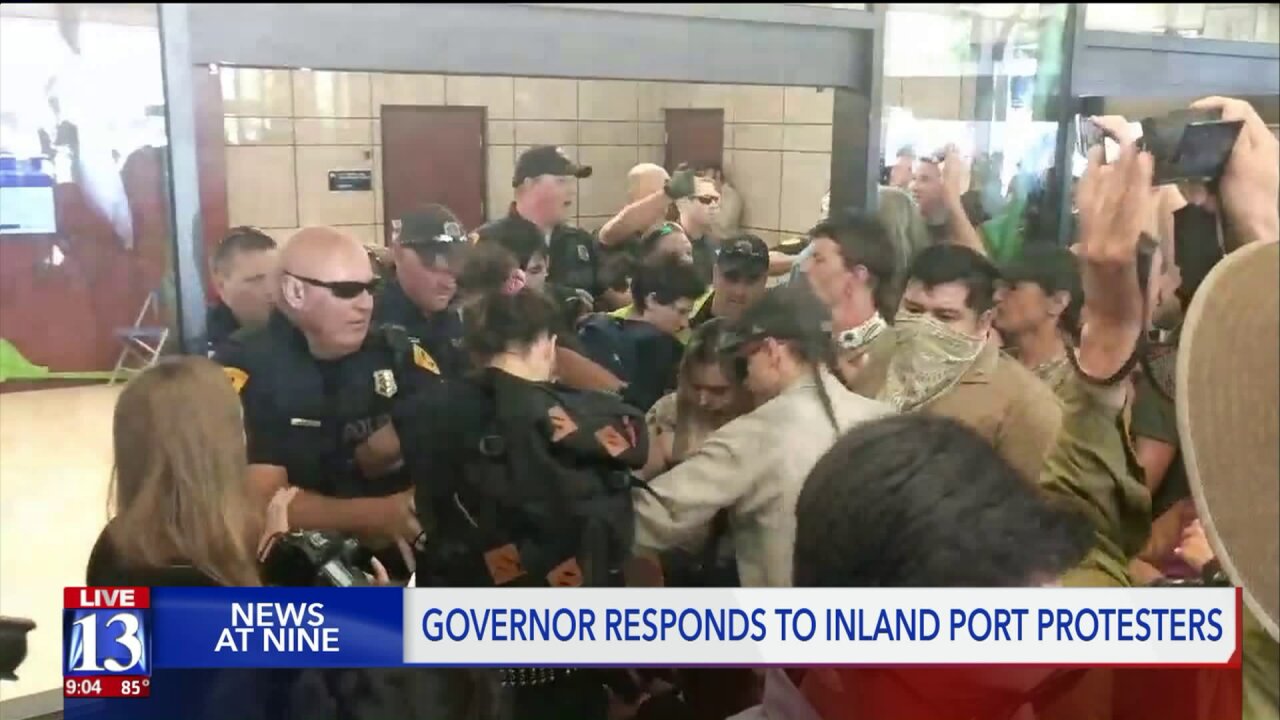 Although the two do not see eye to eye on the issue, Herbert said he hoped Wednesday could be a show of unity – the two of them standing together to denounce the violence caused by protesters.

That’s exactly what they both did, except at separate press conferences under the same roof at the Utah State Capitol Building.

“This effort yesterday and what happened is borderline terrorism,” Herbert said. “Passion does not excuse you becoming violent and breaking the law.”

Biskupski said she did not attend Herbert’s press conference because she believed he was politicizing the issue.

“There’s never a reason — a good reason, or any reason — to act upon violence. There just isn’t,” she said.

Derek Miller, who serves as the chairman of the Inland Port Authority Board, said he was upset to find out about protesters ransacking his private office at the Salt Lake Chamber of Commerce. His staff informed him of protesters destroying property, breaking surveillance cameras, refusing to leave, and running throughout the offices, “including urinating in some of the offices.”

“They carry the anarchist sign, the flag, they self-proclaim that’s what they are. I take them at their word,” Herbert said.

Chief Mike Brown said he expects there will be more charges, and his department will be combing through video to try and find their suspects.

“Any member of the community, will not be assaulted. No member of the media will fall victim to these type of actions,” he said. “I have never seen anything that violent... We will hold you accountable.”

As part of the investigation, Brown said he will also be taking a look at the actions of his own officers, to evaluate whether their use of force was within department policy. He also said the department will continue to protect protesters’ First Amendment rights, so long as they are doing so peacefully