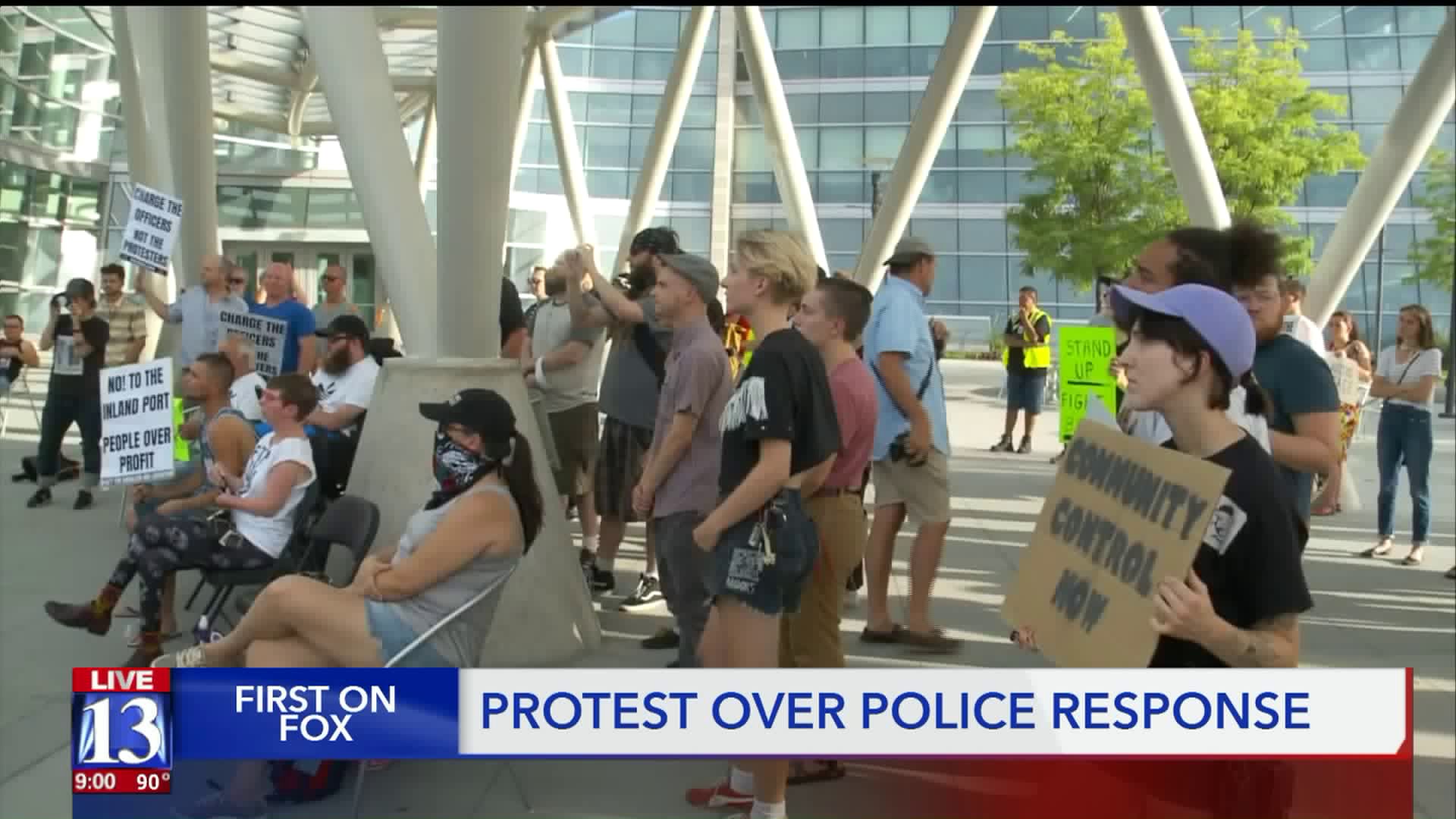 Dozens of activists rallied outside Salt Lake City Police headquarters to protest the police response to a protest earlier this month. 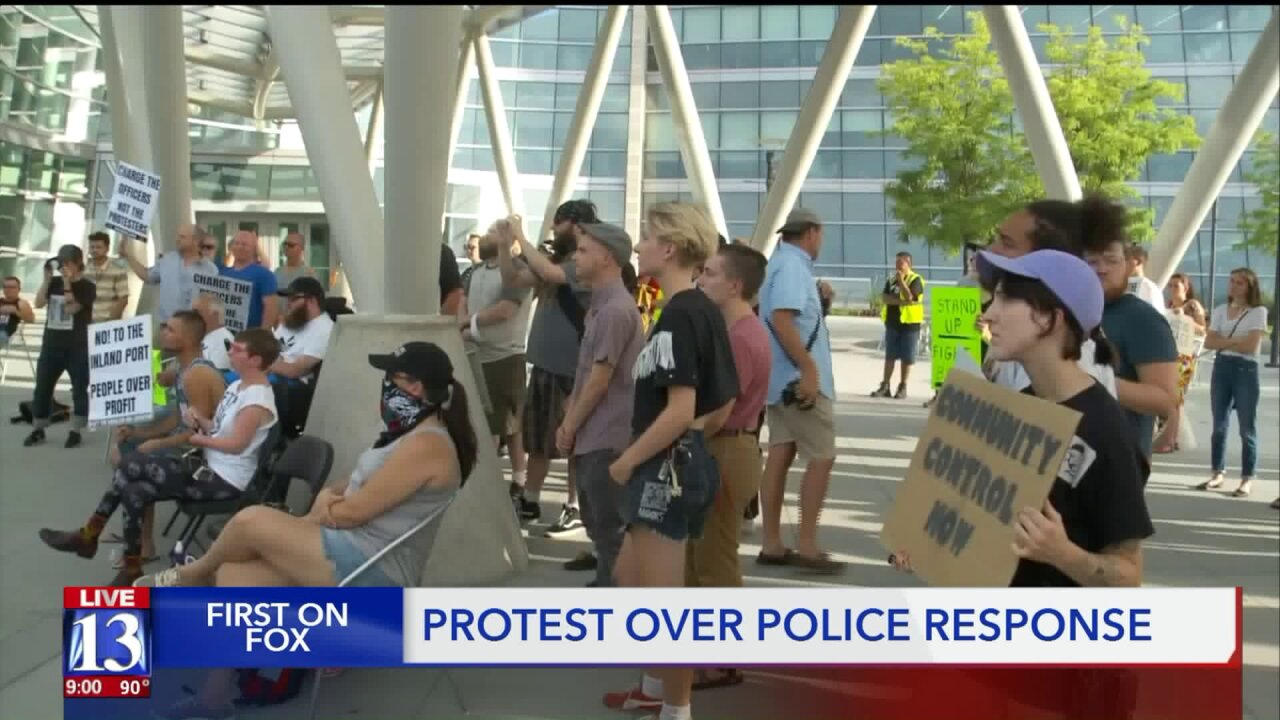 On July 9, several people were arrested after a protest against the proposed Inland Port.  Protestors blame police for the demonstration getting out of hand.

“The police came in aggressively and with violence, and they specifically started targeting people, and the most marginalized among us,” said Dave Newlin, an organizer with Utah Against Police Brutality.  “I was punched in the face by a police officer for absolutely no reason.  I have no idea why this officer decided he needed to lash out.  I certainly wasn’t a threat to anybody.”

Newlin wasn’t arrested that day, but he and others who held signs, chanted and shared their stories outside the public safety building for more than an hour, feel police should be held accountable.

When reached by phone for a comment, a spokesperson with the Salt Lake City Police Department said the department is standing by the comments made at its July 11 press conference and would not address Tuesday night’s demonstration.