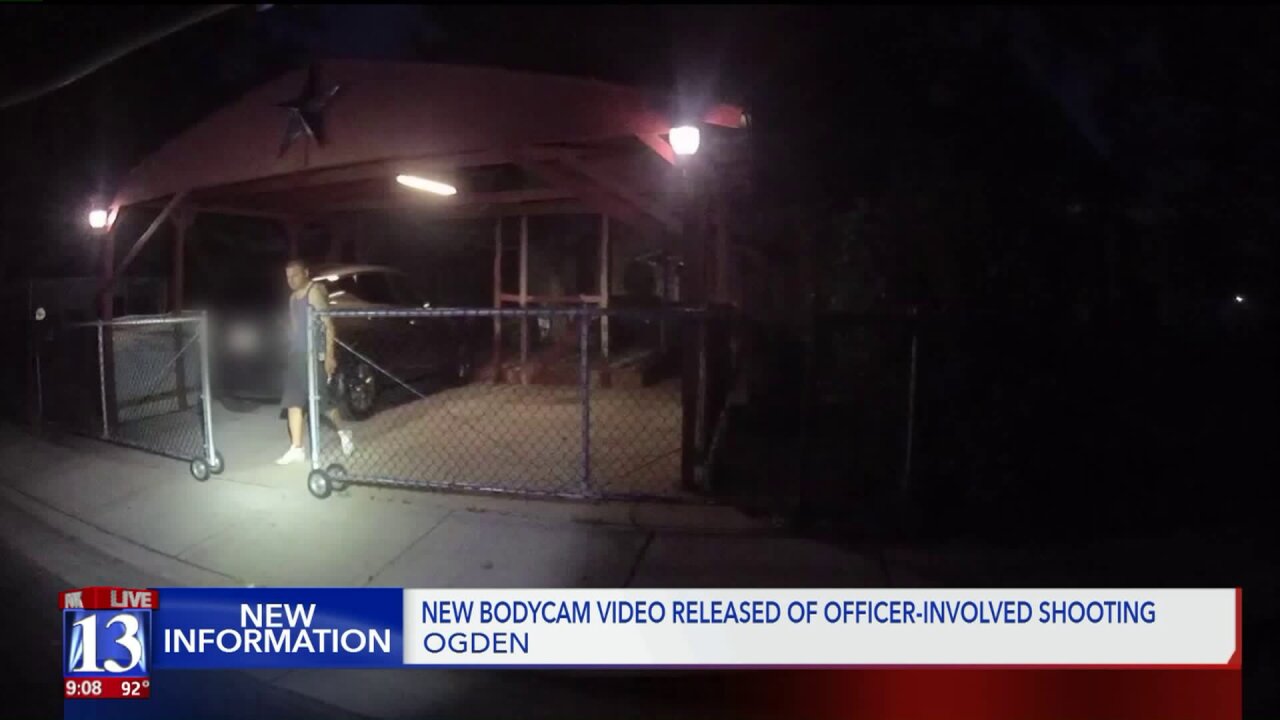 Officers had responded to a report of a loud party on Gramercy Avenue.

The video shows 26-year-old Jovany Mercado-Bedolla holding a knife as he walked out of a garage.

When he refused to drop the knife and continued to walk toward officers, they fired on him, killing him.

The four officers involved have been placed on administrative leave as the Weber County Attorney's Office investigates the shooting.