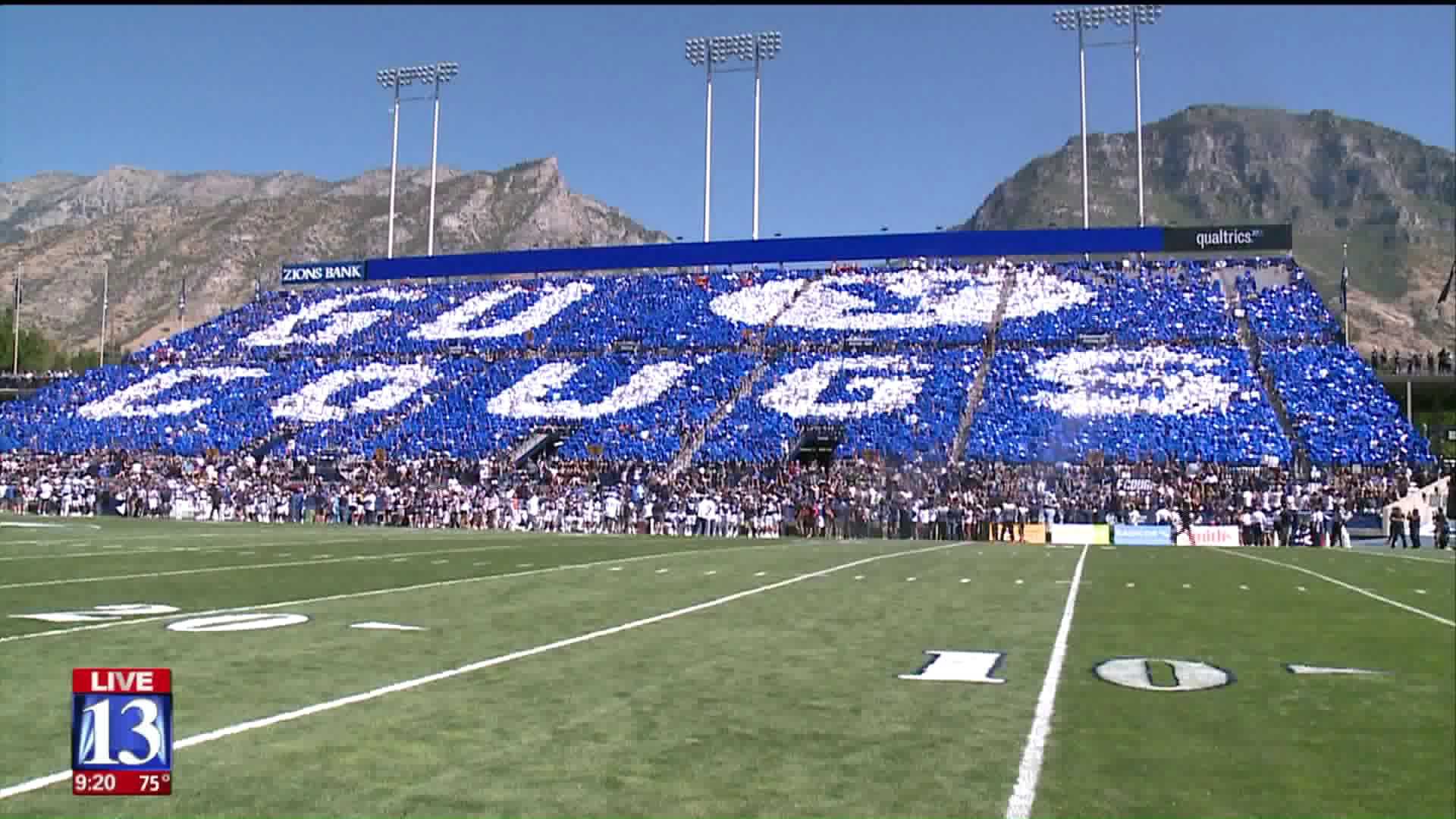 BYU upset no. 24 USC on Saturday night in overtime. 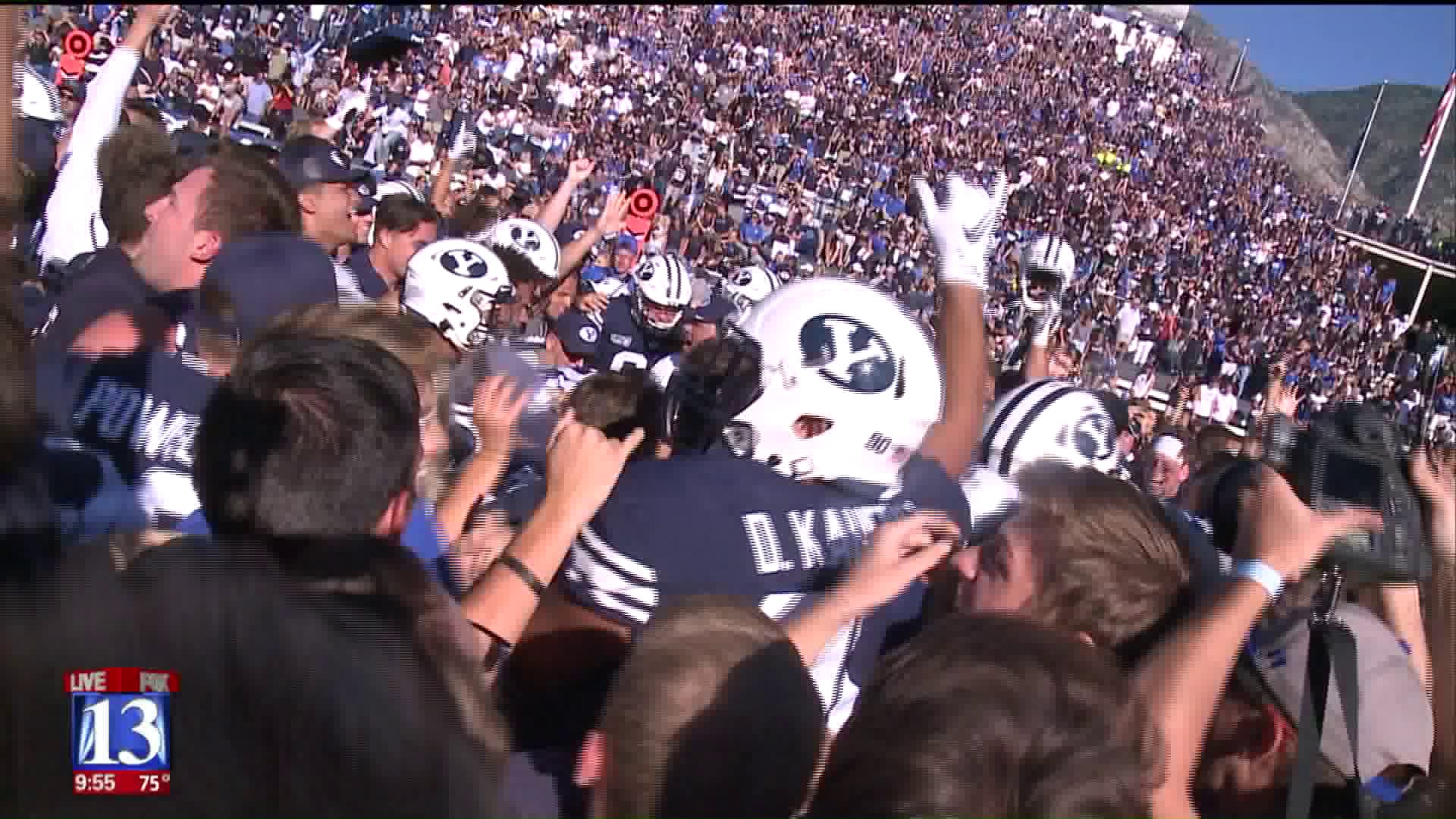 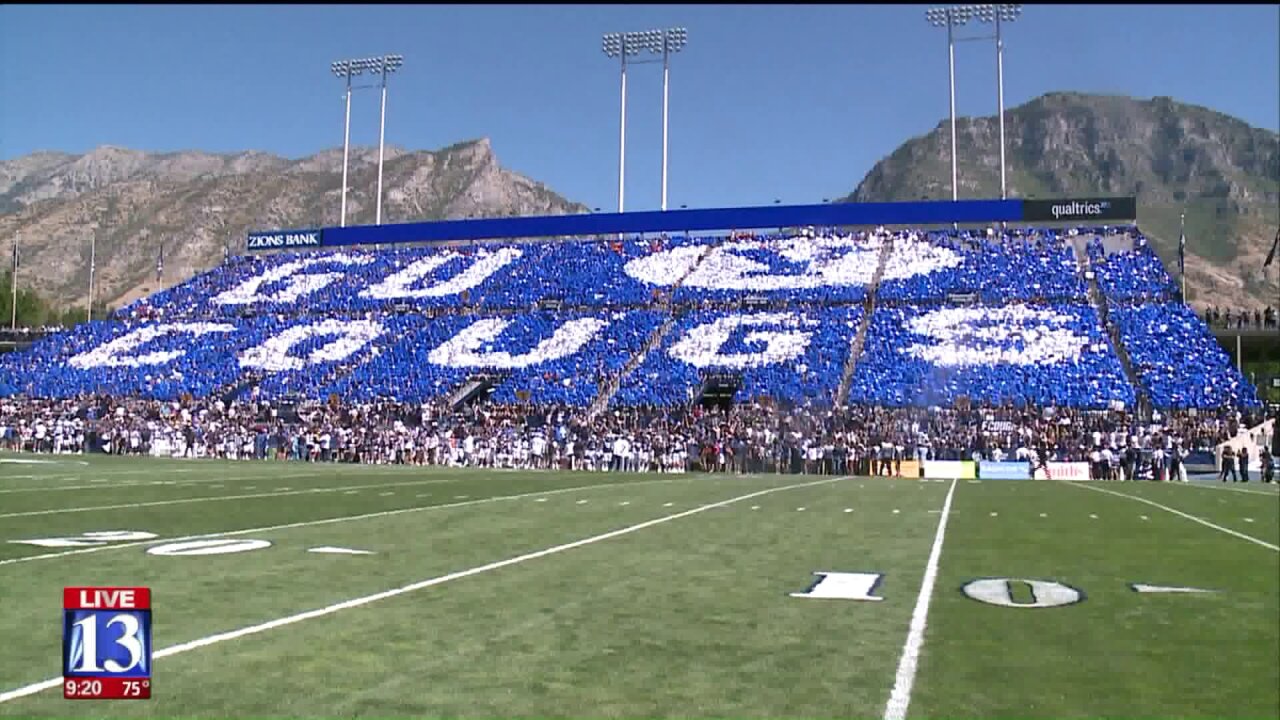 PROVO, Utah — BYU secured a win Saturday against 24th-ranked USC with an interception from Dayan Ghanwoloku in overtime.

In a game that was tied four different times and had four lead changes, both BYU (2-1) and USC (2-1) scored 10 points in the final 11 minutes of the game to force overtime at the end of regulation.

The Cougars started with the ball on offense to begin the overtime period. After a Trojan defender broke up a pass intended for Micah Simon in the end zone on third down, kicker Jake Oldroyd kicked a 43-yard field goal to give BYU the lead 30-27.

Facing a third down, USC quarterback Kedon Slovis threw a pass into coverage that was tipped into the air by linebacker Kavika Fonua and caught by a diving Ghanwoloku for the interception, BYU's third takeaway of the game to win it.

Zach Wilson completed 20 of his 33 pass attempts for 280 yards and a touchdown as he connected with 12 different receivers on the day. The quarterback also added a 16-yard rushing touchdown, his first of the season. Gunner Romney led all pass-catchers with 54 receiving yards, followed by Simon with 48 yards.

Ty'Son Williams recorded a career-high 99 yards on the ground on 19 rushing attempts. Oldroyd made three of four field-goal attempts with a long of 43 yards.

Payton Wilgar, Isaiah Kaufusi and Ghanwoloku each recorded an interception. Fonua led the team with 13 total tackles, followed by Ghanwoloku and Wilgar with each posting nine stops apiece. Khyiris Tonga and Lorenzo Fauatea each recorded sacks.

The win marked back-to-back overtime wins over Power 5 teams with last week’s win over Tennessee. It is the second time under Kalani Sitake the Cougars have beat Power 5 times in consecutive weeks. In 2016, BYU defeated Michigan State on the road and returned home to beat Mississippi State 28-21, also an overtime game (double OT).

"We did some things that were a little bit unconventional, and I’m just glad we were able to get the win," Sitake said.

Getting a second overtime win in a row was a unique experience.

"It was a lot of fun. Obviously, we don’t want to have this be a habit, but I’ll take it," Sitake said.

After Ghanwoloku's game-ending interception was called, fans rushed the field at Lavell Edwards Stadium. But as they did so, the referees called an official review to confirm the ruling on the field, which, eventually, they did confirm. Meanwhile, the team waited to hear the final confirmation before celebrating with the eager fans.

“You’re still in that game mode, you still think ‘Well, is that it? Did it happen, is the game over?’" Wilson said. "You don’t start celebrating yet.
You see the fans come on the field but they always have to review it, so there’s always that hesitation of ‘Is the game over yet?’”