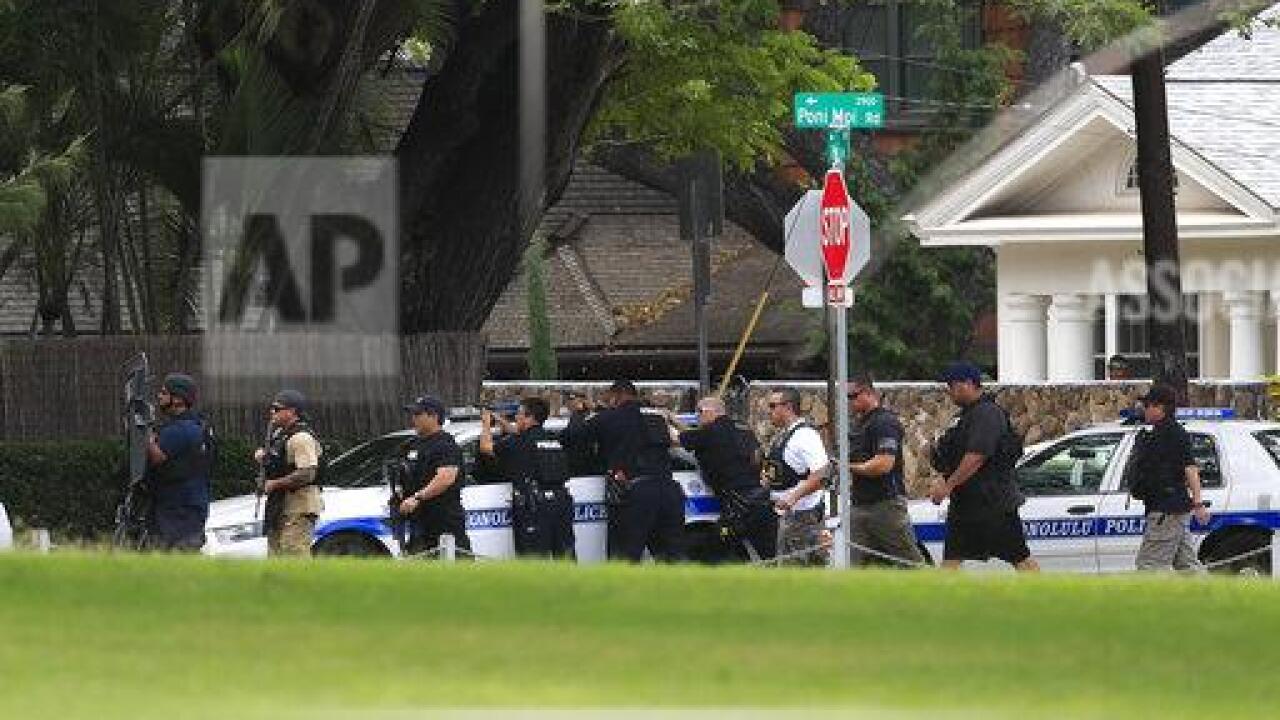 Honolulu police take up defensive positions with their weapons after a shooting and domestic incident at a residence on Hibiscus Road near Diamond Head on Sunday, January 19, 2020 in Honolulu, Hawaii. Witnesses say at least two Honolulu police officers were shot and two civilians were injured, with the suspect’s whereabouts unknown. Moments after the shooting, the house was set on fire, possibly by the suspect. (Jamm Aquino/Honolulu Star-Advertiser).

The Honolulu Star-Advertiser reports that officers were responding to an assault call near the base of Diamond Head when they encountered a male with a firearm, who then opened fire, striking two officers. The neighborhood where the shooting occurred is at the far end of the Waikiki Beach between the Honolulu Zoo and the famed Diamond Head State Monument.

The area would be packed with tourists and locals, especially on a weekend. A home the suspected gunman was believed to be inside has been engulfed by flames.

“As we express our condolences to their families, friends and colleagues, let us also come together to help and support those who have been forever changed by this tragedy,” Ige said.

Footage from news cameras show that multiple homes were on fire. The Star-Advertiser reported that 12 homes were affected by the fire, five of them destroyed.

The Star-Advertiser reported that the sounds of live ammunition exploding from the fire could be heard near the scene.

“I would like to express my deepest condolences to the family and friends of the two officers as well as the entire Honolulu Police Department. This is an unprecedented tragedy for not only the City and County of Honolulu but the entire state of Hawai’i,” Caldwell said. “Our office is in communication with the Honolulu Police Department as more details about the circumstances around this horrific event come to light. Our hearts go out to the first responders who are on the scene as this event unfolds.” 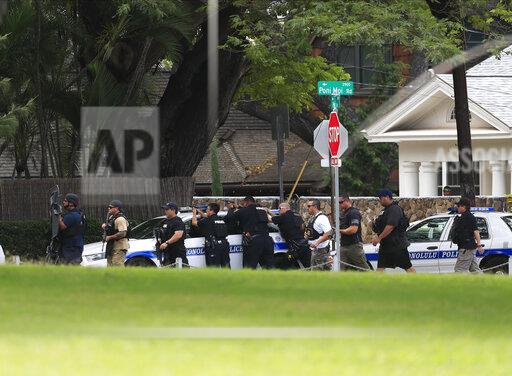