Could Chad Daybell`s books provide useful insight into the disappearance of his wife Lori`s children?

REXBURG, Idaho — It has been more than four months since anyone has reported seeing two missing children from Rexburg, Idaho.

Detectives with the Rexburg Police Department have teamed up with the Federal Bureau of Investigation to find out more information about the parents of Joshua “JJ” Vallow (7) and Tylee Ryan (17).

Investigators are also looking into the sudden death of Chad Daybell’s wife, Tammy Daybell, who died on October 19 at the age of 49. Her remains have been exhumed from the Springville Cemetery in Utah for further testing due to potentially suspicious circumstances surrounding the death.

Lori Vallow is also a widow. Her brother, Alex Cox, shot and killed Lori Vallow’s husband Charles Vallow last July in Chandler, Arizona. Alex Cox said the shooting was in self defense. The case is still under investigation.

Alex Cox died in December at his home in Gilbert, Arizona. Circumstances surrounding his death are not being released due to an ongoing investigation.

Chris Bertram, a retired deputy chief of police with the Unified Police Department and current professor specializing in criminal profiling, said he believes FBI agents are scouring through dozens of Chad Daybell’s books to help solve this complicated case.

Bertram said he believes the books give investigators a unique opportunity to figure out Chad Daybell and Lori Vallow’s motive for refusing to cooperate with the investigations into their missing kids and deceased spouses.

“(Agents) can look into the psychology of people like this,” Bertram said. “Two books that I’m going to read first? His autobiography and his last publication.”

“That tells us something about his personality,” Bertram said. “He believes what he is hearing gives him direction in his life… We may see hidden messages in these writings.”

At the beginning of Chad Daybell’s autobiography is a dedication to his wife Tammy: “My one and only.”

The autobiography goes on to describe marrying Tammy Daybell at the Manti Temple and working as a grave digger at the same cemetery where she would later be buried.

Chad Daybell wrote that he believes their five children will have a role to play in the second-coming of Jesus Christ. Many of the characters in his novels are named after his five biological children.

“I’ve had many sacred moments in my life that will never be shared publicly. I guard them and treat them with reverence, and they aren’t included in this book,” Chad Daybell wrote.

Chad Daybell’s novels echo some scriptures from the Bible and Book of Mormon. He claims to have received visions about the world ending with earthquakes, hailstorms, floods, and fires.

Many of Chad Daybell’s books describe how the United States government will require humans to receive “microchip implants” before the country is eventually invaded by Chinese and Russian forces with help from the United Nations.

According to divorce paperwork filed in Lori Vallow’s previous marriage, she was also obsessed with the end of the world.

The documents indicate Lori Vallow reportedly told her now-deceased husband Charles Vallow she is a “reincarnated God” who would “murder him if he got in the way of her mission.”

Chad Daybell’s autobiography states he does not believe in reincarnation.

“He goes out there, but he doesn’t go that far out,” Bertram said. “He’s making some pretty strong assertions, he just knows that there’s a line and he’s going to stay behind that line.”

Family members have said they believe Chad Daybell’s books radicalized Lori Vallow, but they’re not sure how her newfound religious beliefs might connect to the missing children.

“We may find out later that religion played nothing into this,” Bertram said. “That it was all motivated by money, maybe, or it was motivated by a relationship.”

“You know, I think those are definitely the ones you want to start with,” Bertram said.

Please consider tuning in on Friday night for a special 30-minute series detailing this case.

“FOX 13 Investigates: The Search for JJ and Tylee” airs on Friday night at 9:30pm.

Our team will be available after the special report to interact with viewers and answer questions on Facebook Live. 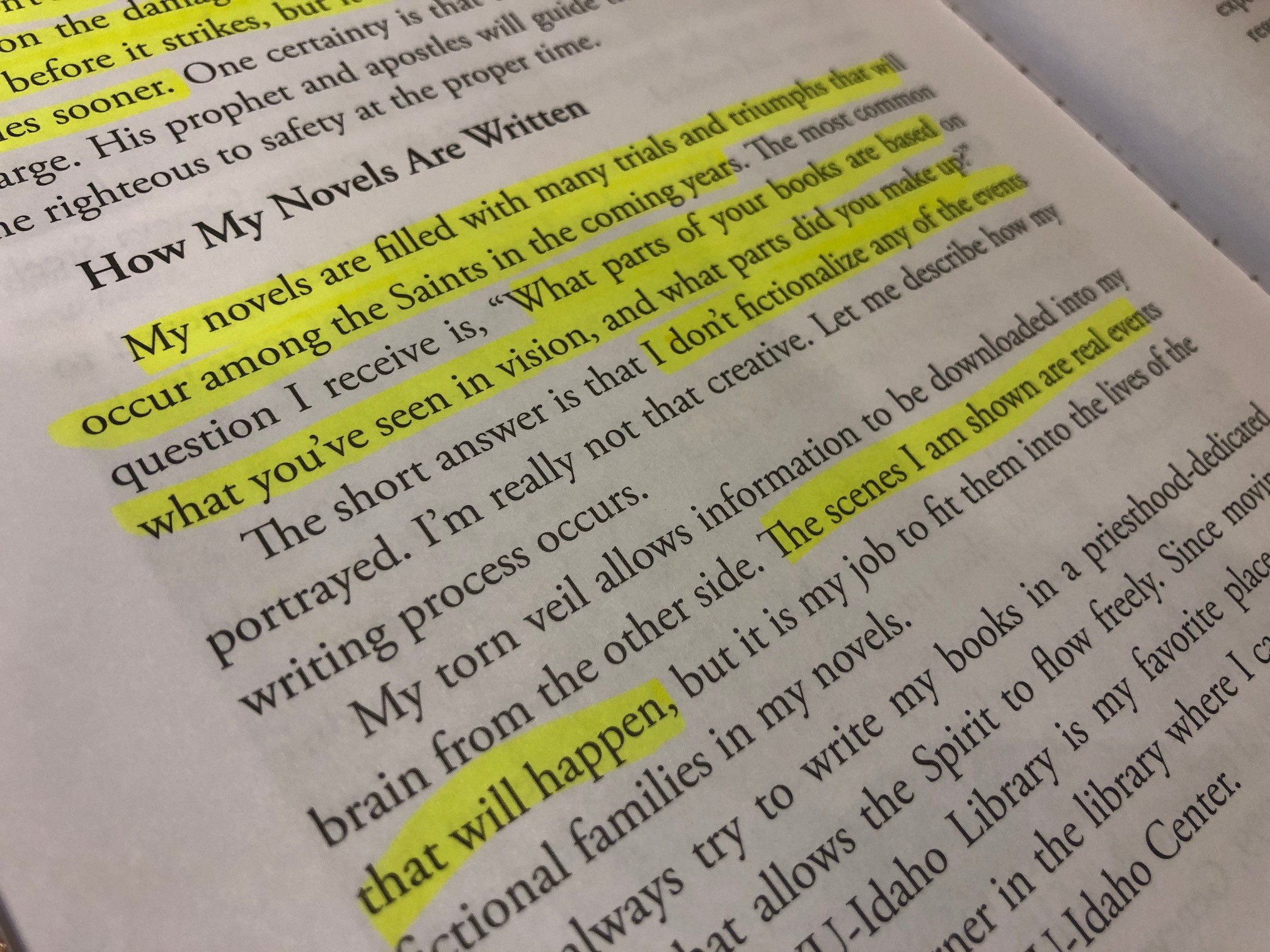