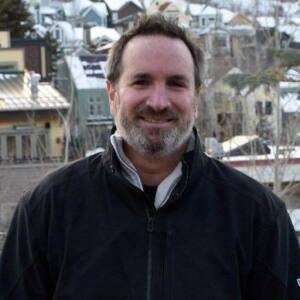 What is your job?

I lead a team of talented and dedicated journalists who produce multi-platform news content for FOX 13 and fox13now.com in Salt Lake City, Utah. This involves deciding which news stories we cover, how we cover them, long-term planning, recruiting, budgeting, and other management “stuff.”

When did you start working at FOX 13?

Where else have you worked?

Like many broadcasters, my career has taken me to several “markets.” My first paying job in local television was at WHDH-TV in Boston where I was a production assistant and news writer in the mid-1990s. After Boston, I moved to Lexington, Kentucky where I produced newscasts for two years at the ABC affiliate, WTVQ-TV. The next 12 years of my career were spent in Denver, Colorado where I produced newscasts and special projects at KUSA-TV and KMGH-TV before making the transition into digital content. From 2006 to 2012, I was Executive Producer of Digital Content at KDVR-TV in Denver.

Where did you go to college?

Where did you grow up?

What are some of the biggest news stories you have covered or led coverage of?

What is your philosophy on news?

Journalism isn’t a job. It’s a lifestyle – one that requires an innate desire to tell stories, to inform, and to be informed. Those with a platform must take the responsibility seriously.

What do you love about living here?

Utah is a wonderful place to raise a family, especially if your family loves the outdoors. We have five national parks and probably a dozen state parks that should be national parks. Skiing, mountain biking, hiking, fishing, whitewater rafting, hunting, boating… we have it all.