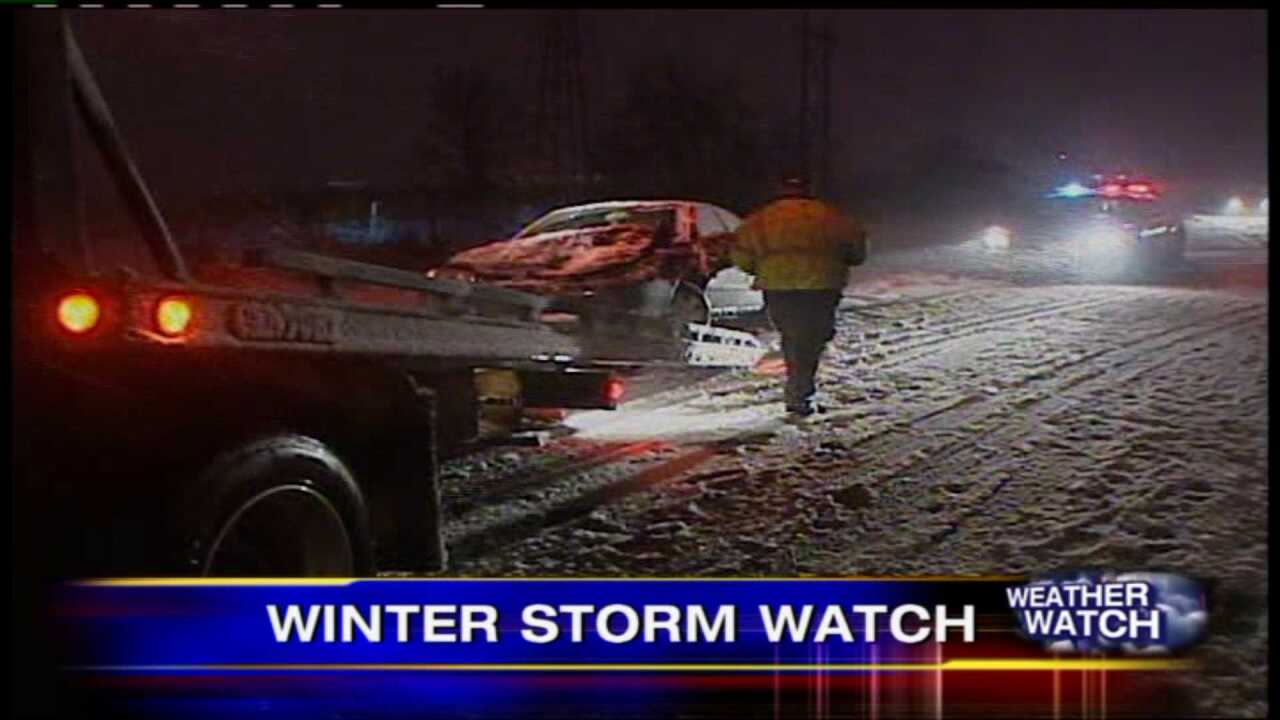 Two people were killed on Interstate 15 at about 9 p.m. near Clearfield after the driver lost control of the car on a slick road and crossed into the opposite lane, crashing into a semi. [Read more here]

At about 5800 West on Highway 201, a couple of accidents occurred, including a vehicle that was rear-ended -- although no serious injuries were reported there.

In the Salt Lake Valley, communities in Kearns, Taylorsville and Magna received some of the heaviest snow accumulation, an expected five to 10 inches.

The snowstorm is expected to last into Wednesday morning.