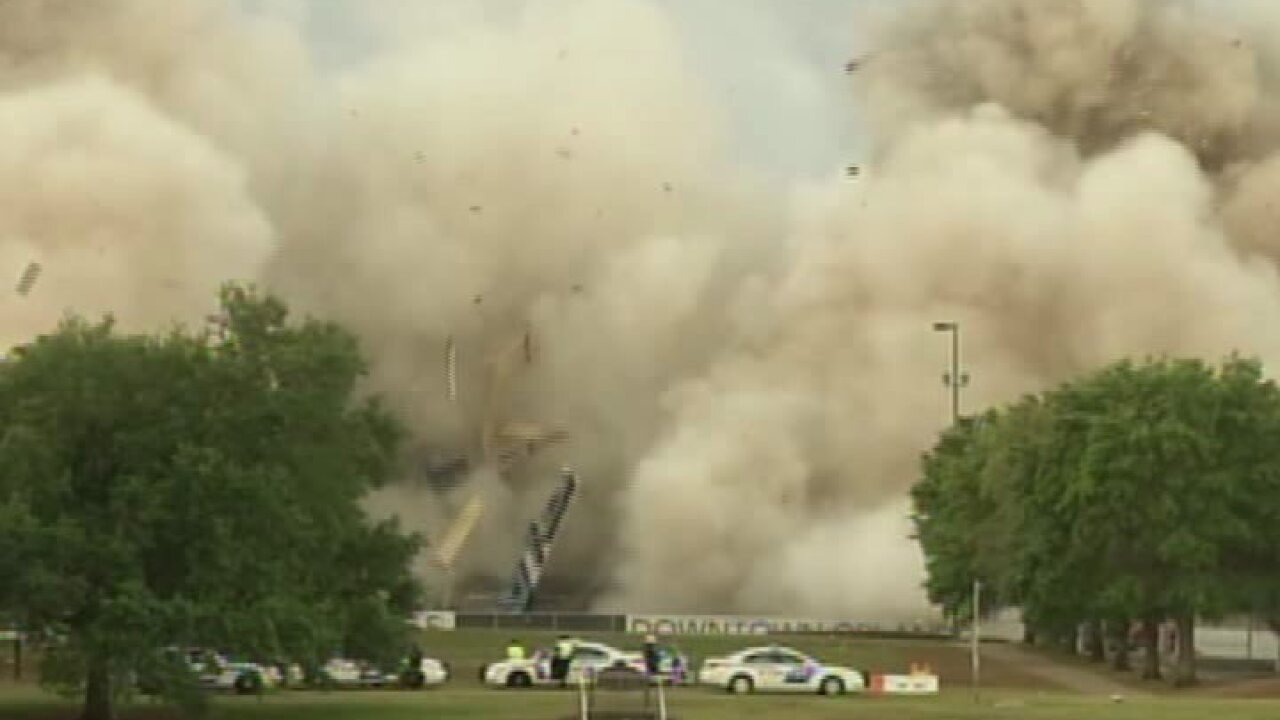 620 pounds of explosives took down the Amway Arena in Orlando this week. The arena was destroyed in just 15 seconds.

A small tornado in Elkville, Illinois, is caught on camera. Some farm equipment got caught up in the twister and was reduced to mangled pieces of metal.

Law enforcement officials there say one person died when his double-wide trailer was tossed around by the storm system.

Police allege Heidebrecht said he had documents to give to Republican presidential candidate Newt Gingrich, who was visiting the state.

The incident is under investigation.