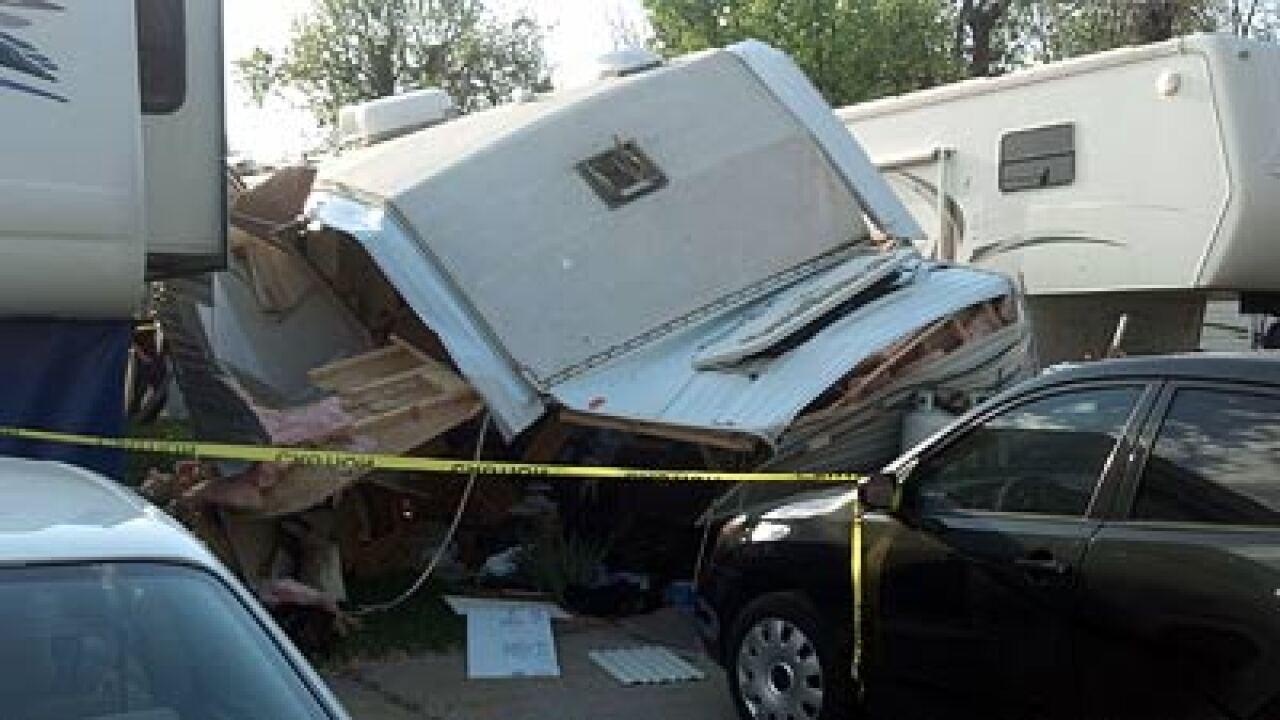 A man is in stable condition after his home exploded in South Salt Lake Tuesday morning.  The man suffered burns to 50 to 60 percent of his body, according to officials.

Police said there was a leak from a propane tank that grew until a spark caused the explosion.  The home is part of the permanent mobile home community near 100 West and 3300 South.  The man is believed to have been a resident in the community for several years.

"I knew something was wrong," said Ed Archuleta, a neighbor.  "It shook my coach, I mean it just shook it."

Witnesses said there was not much of a fire with the explosion and neighbors were able to put it out with fire extinguishers.  Neighbors helped pull the man out of his home, according to officials.

Officials are still investigating how the propane gas built up in the home.  They do not what sparked the explosion.

The identity of the man has not been released.