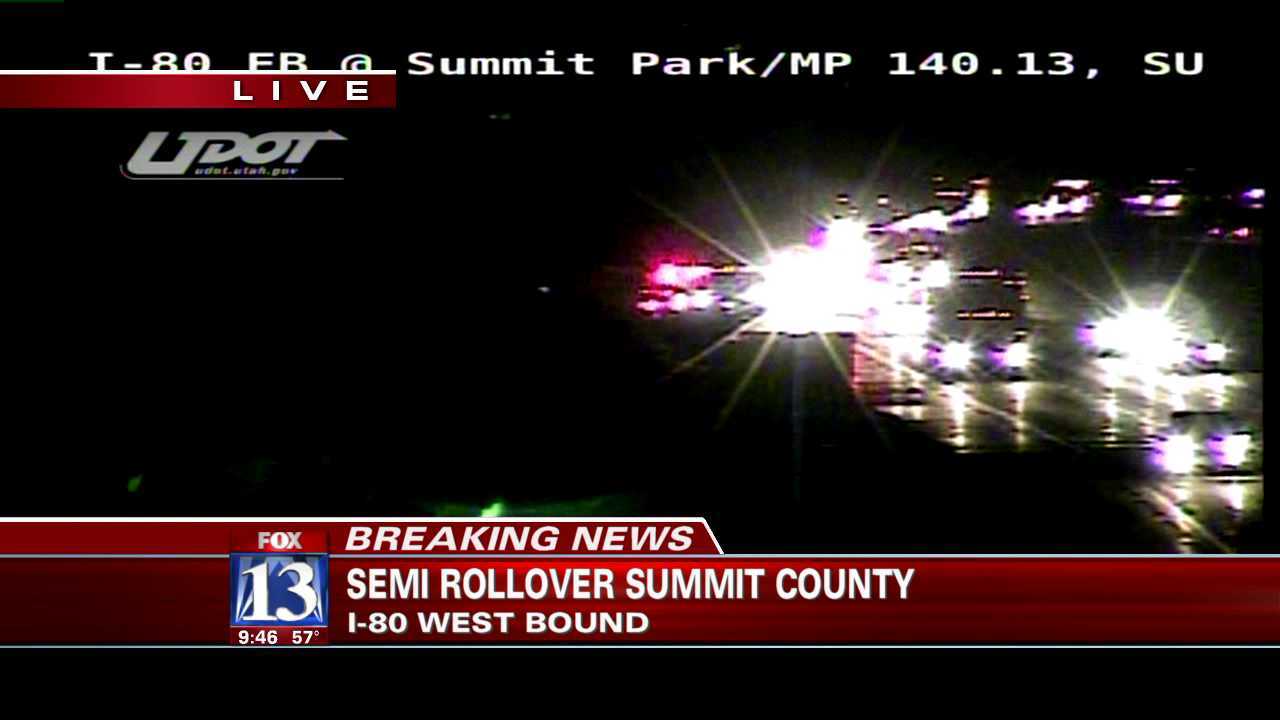 SUMMIT COUNTY — Two people were injured Wednesday evening when their semi lost control and rolled on Interstate 80 near Parleys Summit.

Utah Highway Patrol says the semi heading eastbound swerved to avoid wood and rock debris dropped from a vehicle ahead of it. The semi lost control trying to avoid the hazard and crossed over to westbound travel lanes then off to the north side where it rolled.

A female driver and male passenger were injured. They were both transported to the hospital. The driver was said to have serious injuries.

Troopers responded to the accident on milepost 146 around 9:40 p.m.

Crews say the semi was leaking fuel from the power unit when they arrived. They were able to contain the leak.