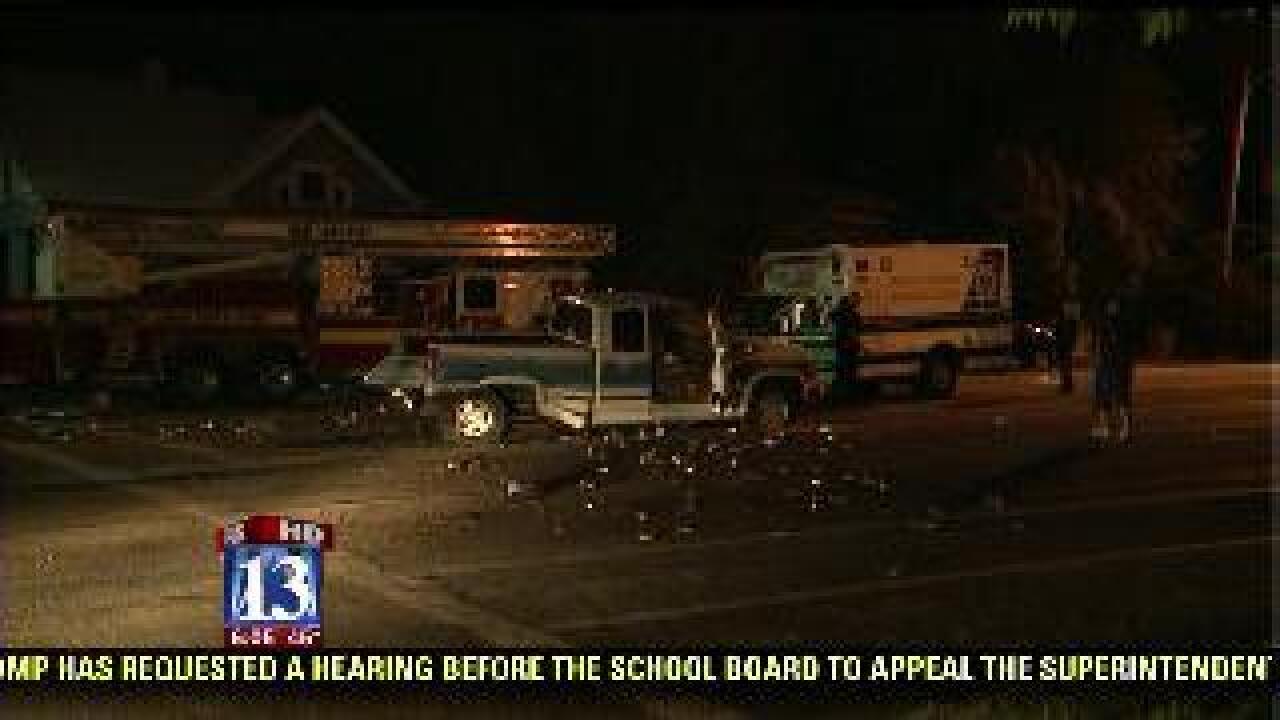 It happened at the intersection of 800 South and 400 East in Salt Lake City just after 12 a.m.

Officers said they tried to pull over a driver who was acting suspicious, but the driver refused and took off.  He slammed into a pickup a few blocks away.

"The suspect that was driving the vehicle bailed on foot and ran into the block," said Lt. Josh Scharman, Salt Lake Police Department.

The suspect was later found and arrested with the help of K-9 units.

Officers said they are not sure why the man refused to pull over.

The two people in the truck suffered minor injuries and were taken to the hospital as a precaution.