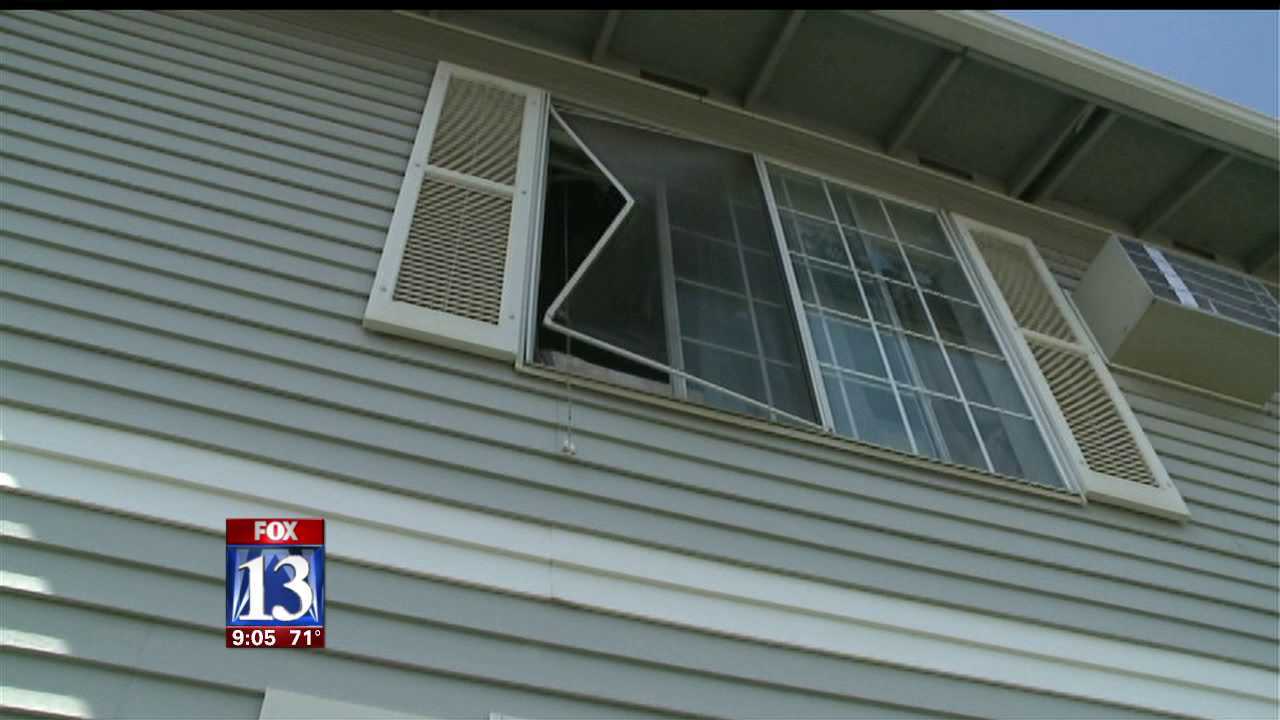 SALT LAKE CITY -- The incident where a 19-month-old boy fell 15 feet from a window at a Millcreek apartment became the third such accident in Utah in a matter of a several weeks. Doctors and nursing staff who treated the boy hope the toddler's fall will be the last of its kind this year and are urging parents to watch out.

Alex fell from a second-story window Wednesday and luckily he only suffered a few bruises.

"I still can't believe it happened. I look at him and I just thank God that nothing serious happened," said Alex's mother Gaby Alvarez. "No broken bones, no bleeding, noting, just black eye."

Alvarez, who is also a mother of a 3-month-old infant, says she turned away only for a second and Alex fell through the window screen.

"He was playing, and always plays just right here on the couch," said Alvarez, referring to the sofa Alex stood on before the accident. "Always just looks out the window at the kids."

Janet Brooks, a child advocacy manager for Primary Children's Medical Center, says the hospital staff has already seen too many cases like Alex's this year.

"Over the past month we've had a rash of children coming to the hospital that had fallen from windows," says Brooks. "Screens are meant to keep bugs out, not kids in."

Hospital administrators will soon launch a public awareness campaign with the goal to remind parents about basics like getting window locks and keeping furniture away from windows.

Children's Primary staff says 15 to 20 children under the age of 11 die and nearly 15,000 are injured every year due to falling from windows.

Alvarez already knows what precautions to take by learning the hard way and offers a piece a suggestion to any parent: "If you have little kids, get locks on your windows and be extra cautious."