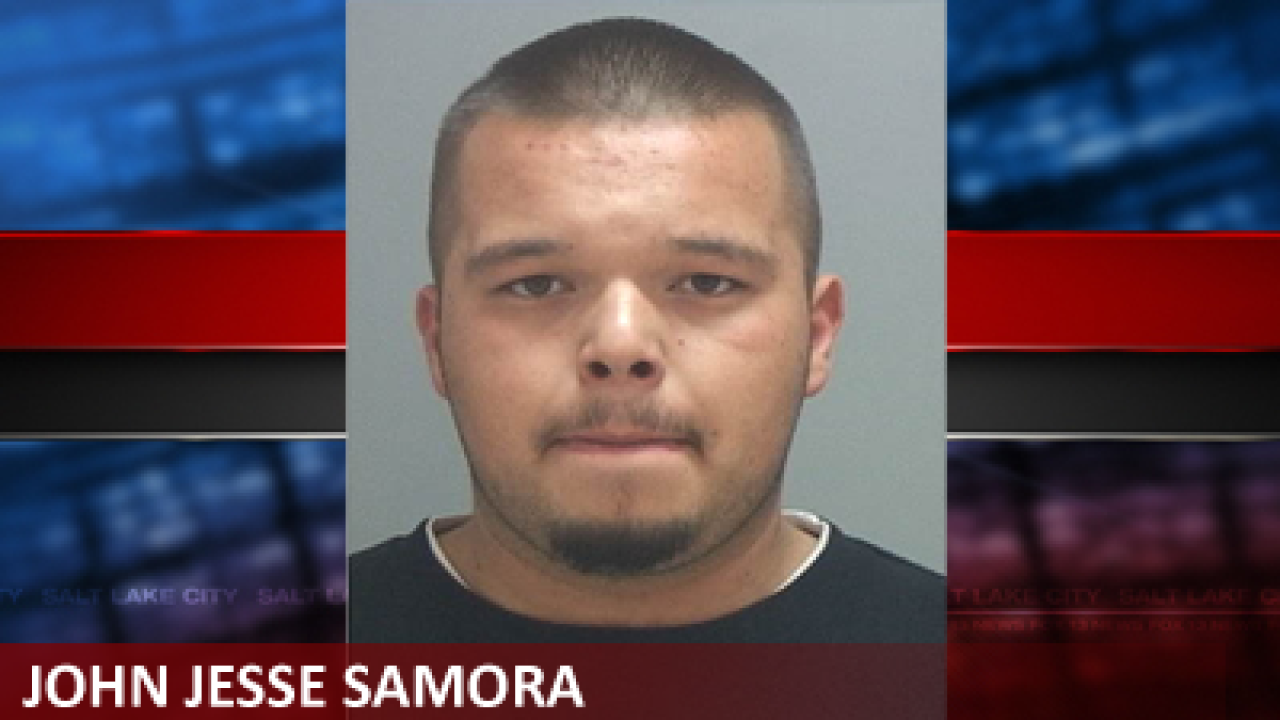 KEARNS - Police in Salt Lake City arrested a wanted fugitive who was involved in a high-speed chase and an officer-involved shooting in Kearns over the weekend.

Authorities say an officer with the Unified Police Dept. tried to pull over a 1990 Lincoln Towncar known to be driven by wanted fugitive John Jesse Samora, 21, near 4100 West and 5400 South in Kearns at around 2:45 a.m. Saturday.

The driver of the car--whose description matches that of Samora--pulled into a parking lot in the area. When officers tried to approach the vehicle on foot, the driver tried to hit them with his vehicle. One officer fired a shot at the suspect vehicle, sparking a high-speed chase.

Police say Samora tried to ram his car into an officer before driving off. Another officer fired one shot at the suspect vehicle, sparking a high-speed chase.

Officers from Taylorsville followed the vehicle north on Bangerter Highway to U-201, where the vehicle exited on Redwood Road. The pursuit was called off in Salt Lake City due to public safety concerns; police say the suspect ran through several red lights at an estimated 70 miles per hour.

Police were unable to apprehend and arrest Samora and police don't know if he was injured as a result of the shooting.

The officer who fired the shot has been placed on paid administrative leave, as is protocol, while an investigation takes place. That officer sustained minor injuries from broken glass following the shooting.

Officers found what they believe to be Samora's car abandoned near 800 North and 900 West in Salt Lake City late Saturday and seized it as evidence.

Samora was arrested at his mother's Salt Lake City home on Wednesday.