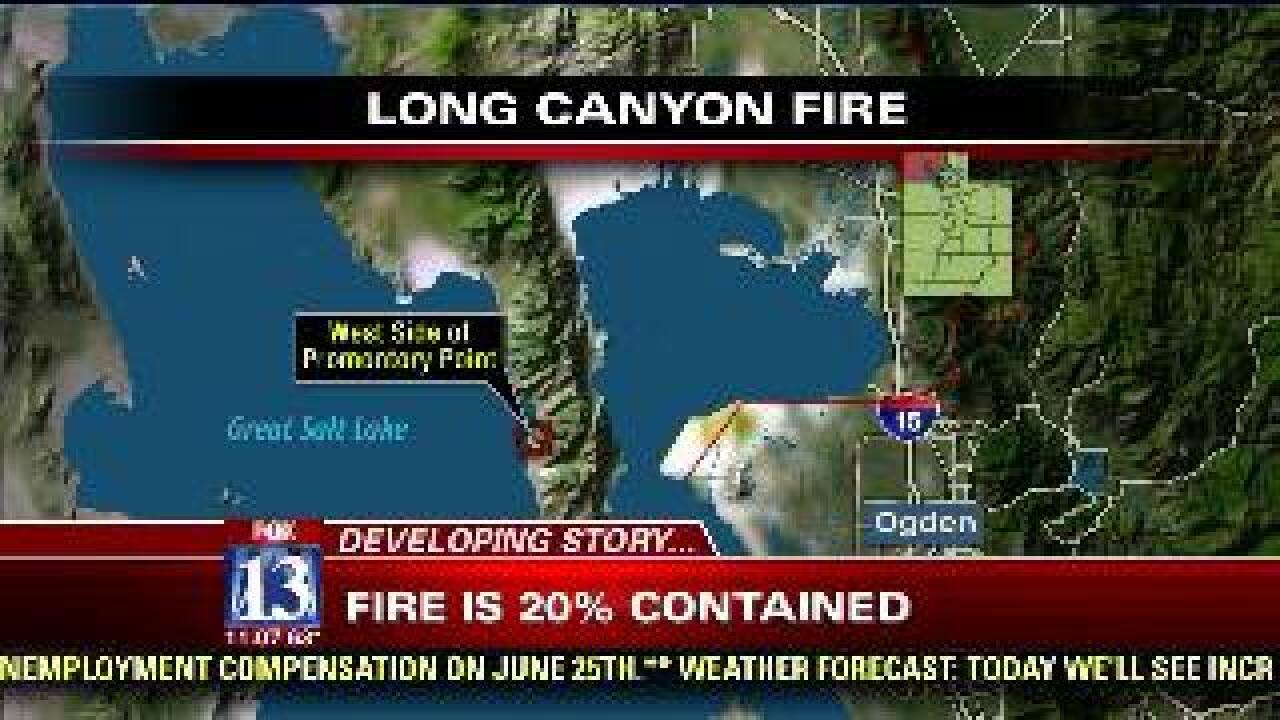 PROMONTORY POINT -- Fire crews say a 4,200-acre wildfire that sparked Friday on the west side of Promontory Point is fully contained Saturday afternoon.

The Long Canyon Fire was lightning caused, a spokesman for the Utah Division of Forestry, Fire and State Lands reported in a tweet on Friday. Engines, hotshot crews and a helicopter were rushed in to fight the fire.

Heavy rainfall on Saturday helped douse the fire, and it was fully contained by Saturday afternoon.

Promontory Point is a remote part of Box Elder County, and there were no reports of buildings being damaged.

The wildfire comes just a day after Gov. Gary Herbert used his monthly news conference to warn of extreme fire danger throughout the state.