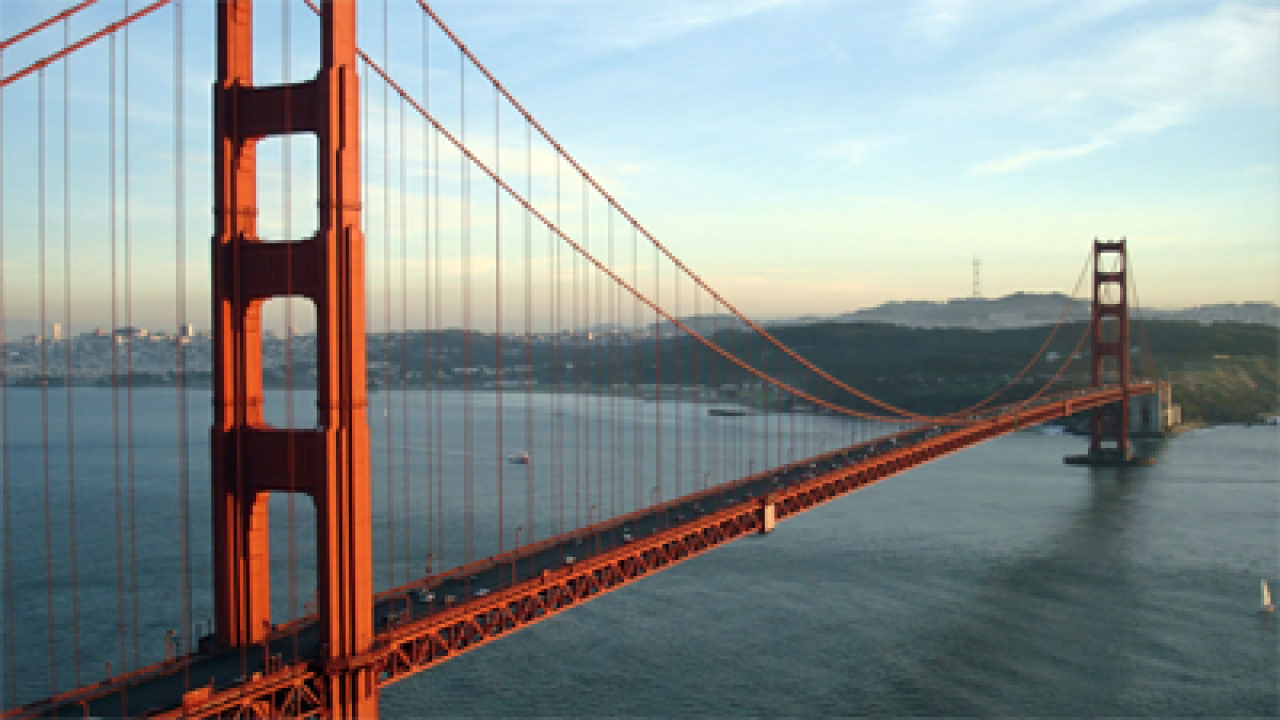 (CNN) — The Golden Gate Bridge got its chance to shine Sunday, with people around the Bay Area flocking to the iconic span to celebrate its 75th birthday.

Festivities that began in the morning and continued into the evening along San Francisco’s northern waterfront within sight of the two legendary orange towers included musical and dance performances on stages in Crissy Field and Marina Green plus a historic watercraft parade.

The aircraft carrier USS Nimitz passed under the bridge during the day, with its sailors saluting as sailboats flanked the ship. And there were less expected tributes as well, like the skywriter who spelled out “Happy 75th” above San Francisco Bay.

Twitter was abuzz Sunday with people offering “feliz cumpleanos” (“happy birthday” in Spanish) and other salutations, with new messages appearing every few seconds.

The fun climaxes once the sun goes down over the abutting Pacific Ocean, with fireworks planned for 9:30 p.m. (12:30 a.m. ET) that aim to showcase the bridge, bay and nearby national parks, according to the official Golden Gate Bridge 75th Anniversary website.

From a practical standpoint, the suspension bridge has served a key role connecting San Francisco and Marin County since opening to vehicles on May 28, 1937, a little more than four years after construction on it began.

In the time since the first vehicles rolled across the 4,200-foot main span between the bridge’s two towers, the Golden Gate has gained symbolic significance as emblematic of the Bay Area. And many have admired it for its artistic merit, with the bridge serving as the backdrop for countless photos, paintings and more.

The bridge was made for superlatives and wow-inducing numbers, as provided by the Golden Gate Bridge Highway & Transportation District:

— The 4,200-foot suspension span was the longest in the world until New York’s Verrazano-Narrows Bridge opened in 1964.

— Painting is an ongoing task, because it protects the bridge from high salt content in the air, which corrodes steel components.

— The bridge has been closed three times because of weather, most recently for nearly three-and-a-half hours on December 3, 1983, due to high winds that gusted up to 75 mph.

On Sunday cars appeared to be moving smoothly over the bridge during the afternoon, though traffic backups may be in the forecast at night — specifically between 9 p.m. and 10 p.m., when the bridge will close to vehicles.

As for San Francisco’s signature fog, the National Weather Service predicted patchy fog won’t roll in until after 11 p.m. Mostly cloudy skies and winds gusting as strong as 23 mph are forecast for during the night.