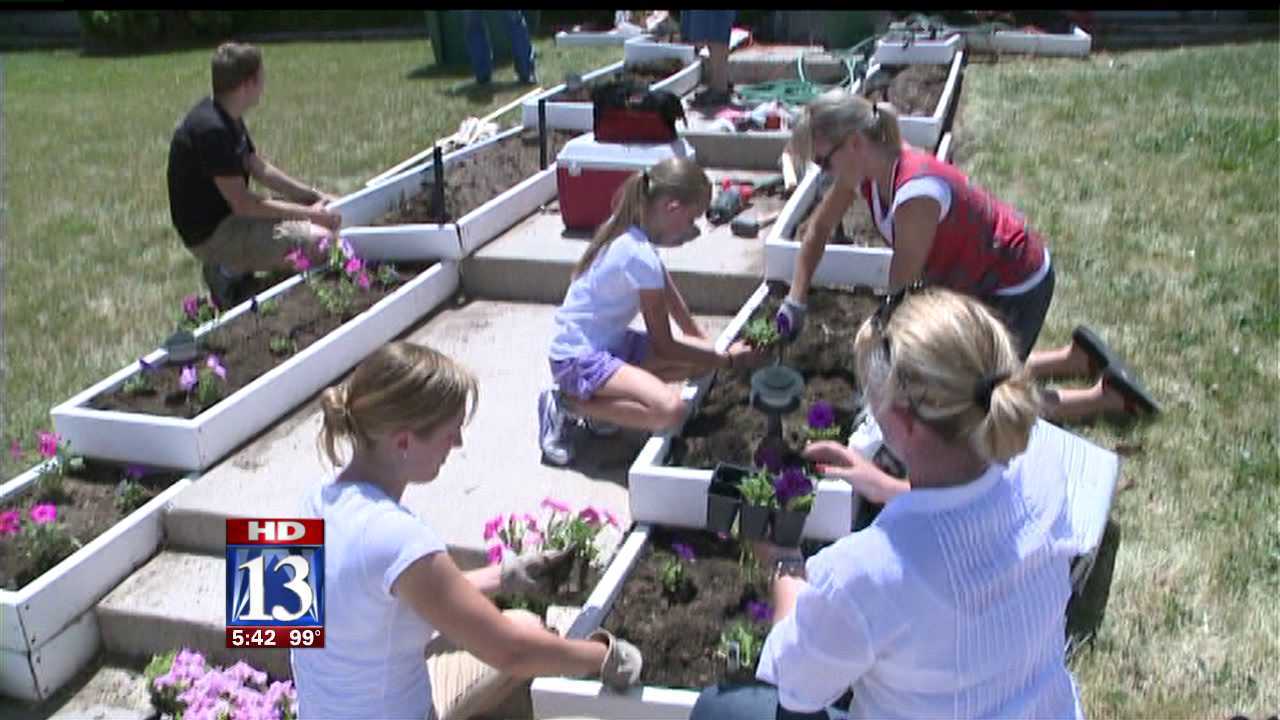 WEST JORDAN, Utah -- Yellow crime scene tape was replaced by pink and purple ribbons Thursday at and around the home of Sierra Newbold, the 6-year-old who was killed in West Jordan Tuesday.

Neighbors and friends of the Newbold family stopped by the home to help by doing yardwork as well as placing stuffed animals and written prayers for Sierra’s makeshift memorial.

"We've been wanting to do this; we've been waiting for police to let us in,” says neighbor Bob Fry.

Fry was one of several neighbors cutting grass and planting flowers in the yard, helping the family during the time of grieving.

Many are still numb to the fact that a child, one of their neighbors, was sexually assaulted, murdered and dumped in a nearby canal, while the killer has not been caught.

"It's tough, it's heartbreaking for all of us and of course we have a little fear, but it does help us to be busy and do something for someone who really needs it,” said neighbor Pam Solomon.

Police say they continue to work several leads, including a review of security video from inside the Newbold home.

The FBI also confirms they are assisting West Jordan Police but do not say in what capacity.