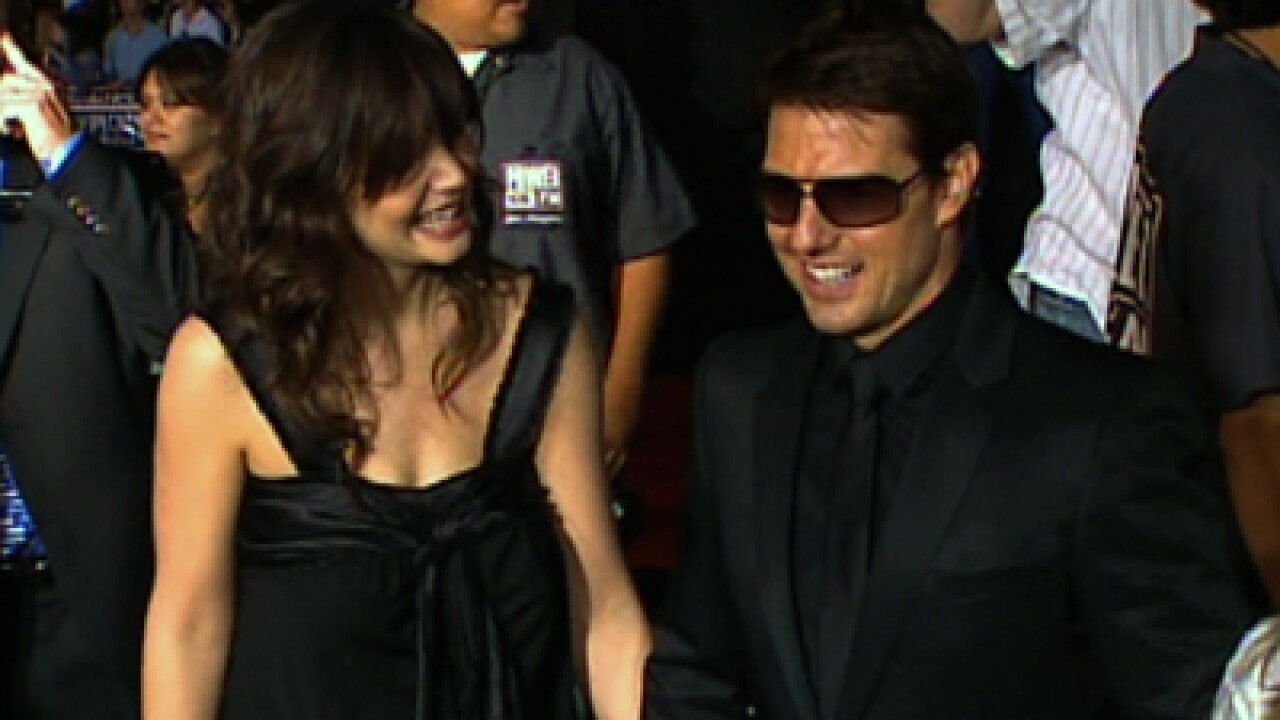 (CNN) — Seven years after Tom Cruise famously jumped on a couch during an “Oprah” taping to declare his love for Katie Holmes, the actor and actress are ending their marriage, Cruise’s attorney said Friday.

“Tom is very sad about it and is concentrating on the kids,” Fields said.

Cruise’s publicist, Amanda Lundberg, confirmed the pending divorce — which was first reported by People, like CNN a division of Time Warner — and urged people to respect “their privacy to work this out.”

Jonathan Wolfe, an attorney for Holmes, called the issue “a personal and private matter for Katie and her family.”

“Katie’s primary concern remains, as it has always been, her daughter’s best interest,” Wolfe said in a statement.

The couple wed in Italy in November 2006, seven months after their daughter, Suri, was born. Pictures of the family have often appeared in tabloid magazines in the years since, though the couple have steered clear of controversy and frequently appeared together at events.

In the June edition of Playboy, Cruise, 49, said he loved Holmes, 33, as much as when they got hitched 5½ years earlier.

“She is an extraordinary person, and if you spent five minutes with her, you’d see it,” he said. “I’m just happy, and I have been since the moment I met her. What we have is very special.”

Cruise is one of Hollywood’s most recognizable stars, starring in “Taps” and “The Outsiders” before breaking out in the 1983 film “Risky Business.” He’s appeared in a host of widely seen films since, including Oscar-nominated roles in “Born on the Fourth of July,” “Jerry Maguire” and “Magnolia” and the hit action series “Mission Impossible.”

Holmes became known to America as an actress on the teen drama TV series “Dawson’s Creek,” which aired between 1998 and 2003. She has since appeared in several productions, including the movie “Batman Begins” and TV miniseries “The Kennedys.”

The two began dating in 2005, and months into their relationship Cruise made headlines by jumping on a couch as an open-mouthed Oprah Winfrey watched because he couldn’t contain his excitement about Holmes.

“It just happened,” Cruise said, according to a story on Oprah.com recapping the interview. “She’s amazing, and I’d think the same of her even if she wasn’t with me — she’s just amazing.”

Holmes mentioned on the talk show how she’d grown up dreaming that she’d someday marry the “Top Gun” star.

Their marriage was Holmes’ first and the third for Cruise, who’d earlier been married to actresses Mimi Rogers and Nicole Kidman. He had two children from his marriage with the Academy Award-winning Kidman before their divorce in 2001.