Earhart searches find no obvious signs of her plane

By Brad Lendon
(CNN) — A team of searchers looking for proof that Amelia Earhart crashed on a remote Pacific atoll 75 years ago were on their way back to Hawaii Tuesday without any concrete evidence to prove the aviation pioneer crashed on Nikumaroro.

“Big pieces of airplane wreckage were not immediately apparent,” the group behind the search, The International Group for Historic Aircraft Recovery, said on its website.

“As is usually the case with field work, we’re coming home with more questions than answers. We are, of course, disappointed that we did not make a dramatic and conclusive discovery, but we are undaunted in our commitment to keep searching out and assembling the pieces of the Earhart puzzle,” the website said. 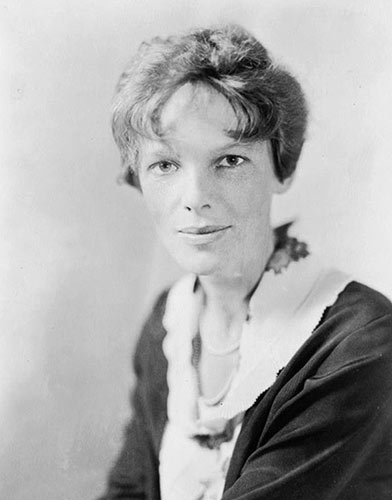 The TIGHAR group left Honolulu on July 3 on its ninth effort to search for wreckage of the Lockheed Electra that Earhart and her navigator, Fred Noonan, were flying when they disappeared on an around-the-world flight in 1937.

The group theorizes that Earhart and Noonan landed on Nikumaroro Island – then called Gardner’s Island – after failing to find a different South Pacific island they were set to land on. The pair is believed to have landed safely and called for help using the Electra’s radio. And in a twist of fate, the plane was swept out to sea, washing away Earhart and Noonan’s only source of communication. U.S. Navy search planes flew over the island, but not seeing the Electra, passed it by and continued the search elsewhere.

Earlier this year, the group said it had come upon new evidence placing Earhart on Nikumaroro.

In March it said new analysis of a photo taken three months after Earhart and Noonan were lost showed what might have been the landing gear of Electra on a Nikumaroro reef. And in June, it said a new study suggests that dozens of radio signals once dismissed were actually transmissions from Earhart’s plane.

The searchers said Monday that five days of underwater searches around Nikumaroro had not produced any obvious signs of Earhart’s Electra.

“No big shiny silver airplane, obvious to all, but the data on the various storage devices may hold treasures,” the group’s blog said.

But much analysis remains to be done, they said.

“We have volumes of sonar data and many hours of high-definition video to review and analyze before we will know whether we found it,” the group said on its website. “Due to the limitations of the technology, we were only able to see standard-definition video images during actual search operations. Now that we’re examining the recorded high-definition video, we’re already seeing objects we want our forensic imaging specialist, Jeff Glickman, to look at. We’ll also be getting expert second opinions on our best sonar targets.”

Meanwhile, there was once distinct sighting of Earhart on Tuesday – on Google.

The search engine saluted Earhart on what would have been her 115th birthday with a doodle of her standing alongside a plane with Google emblazoned on the underside of the wing.