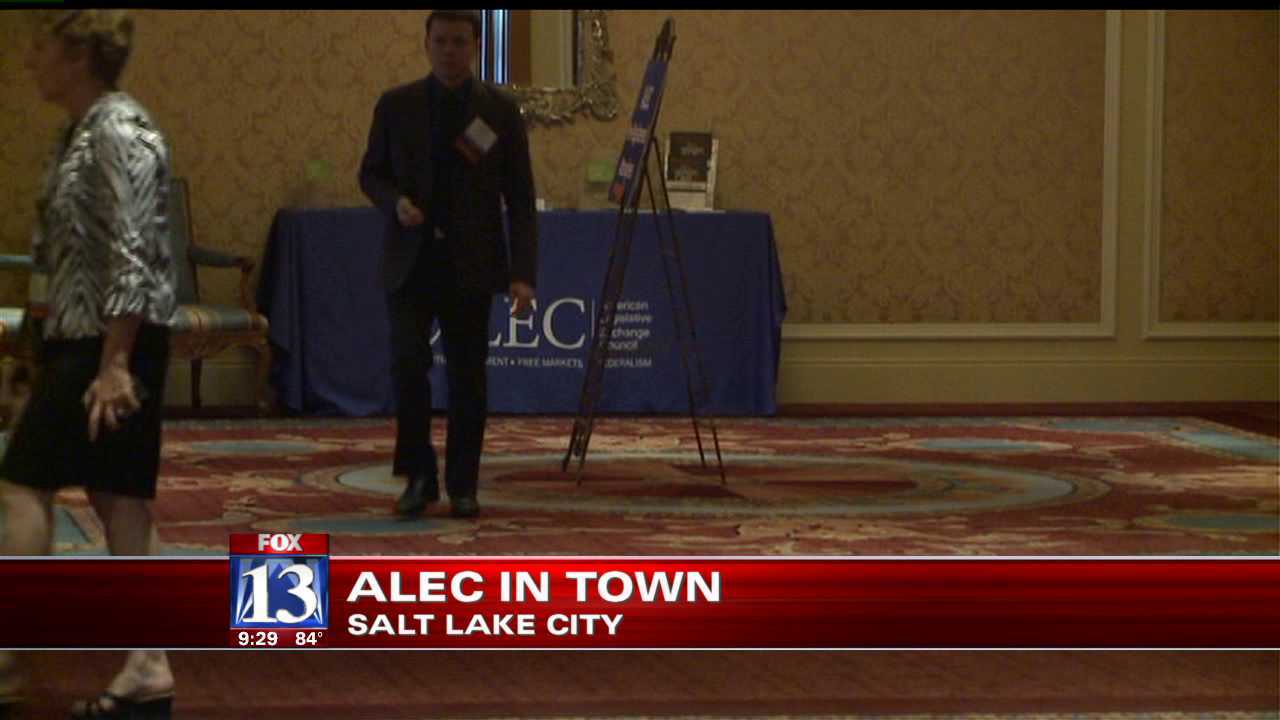 SALT LAKE CITY -- The American Legislative Exchange council, an organization that has taken center stage in a national debate over the proper roles of government and business, is meeting in Salt Lake City to cheers from a number of Republican Utah lawmakers and protests from many national non-profits and local activists.

ALEC brings state lawmakers from around the country together with corporate sponsors and some conservative interest groups. They cite free market interests as their prime mission and they call themselves bi-partisan.

In recent years, however, ALEC has lost the majority of its Democratic members and in the past year a number of corporate sponsors have fled as well.

Lisa Graves, the executive director of the Center for Media and Democracy came to Utah to protest.

"They [ALEC] vote on model legislation behind closed doors without the press, without people like you or the public present and then those state legislators come out to their state house and introduce those bills cleansed from any fact that they were pre-voted on by corporate lobbyists," Graves said.

In support of her argument, Graves points to the organization's by-laws, made public through the IRS that say state chairmen "shall" propose model legislation in their states. State chairmen are sitting lawmakers, including Utah State Senators Curt Bramble and Wayne Neiderhauser and state representative Chris Herrod.

"We're a very open state, and the public can debate bills, and we don't say here's the way it's going to be. We take public input and you won't find anything in Utah that's specifically towing the line ALEC puts out," said Waddoups.

While ALEC hasn't lost support among Utah Republicans, Utah Democrats have left the group. Rep. Christine Watkins of Price was the last Utah Democrat to leave ALEC and she did so earlier this year.

Perhaps the most concerning exodus for ALEC is among their private sector members. As many as 30 major corporations have left, including giants like Coke and Pepsi, Walmart, Johnson and Johnson, Amazon.com, and Kraft.

Such laws allow citizens permission to use weapons to fight an attacker, even if the attack does not occur on a person's property.