(CNN) — Mitt Romney’s speech in Warsaw Tuesday – his last on a week-long foreign tour – offered effusive praise for Poland, the country that has proved to be the smoothest stop on his three-nation trip.

Romney framed the former Soviet-aligned state as an example of free enterprise at its best, and linked the economic successes of the country to principles he cites frequently as a presidential candidate: smaller government, living within budgetary means, and a climate that fosters innovation.

Describing Poland as an “example and defender of freedom,” Romney said the alliance between the country and the United States was based in a common system of beliefs.

“Our nations belong to the great fellowship of democracies,” Romney said. “We speak the same language of freedom and justice. We uphold the right of every person to live in peace. I believe it is critical to stand by those who have stood by America. Solidarity was a great movement that freed a nation. And it is with solidarity that America and Poland face the future.” 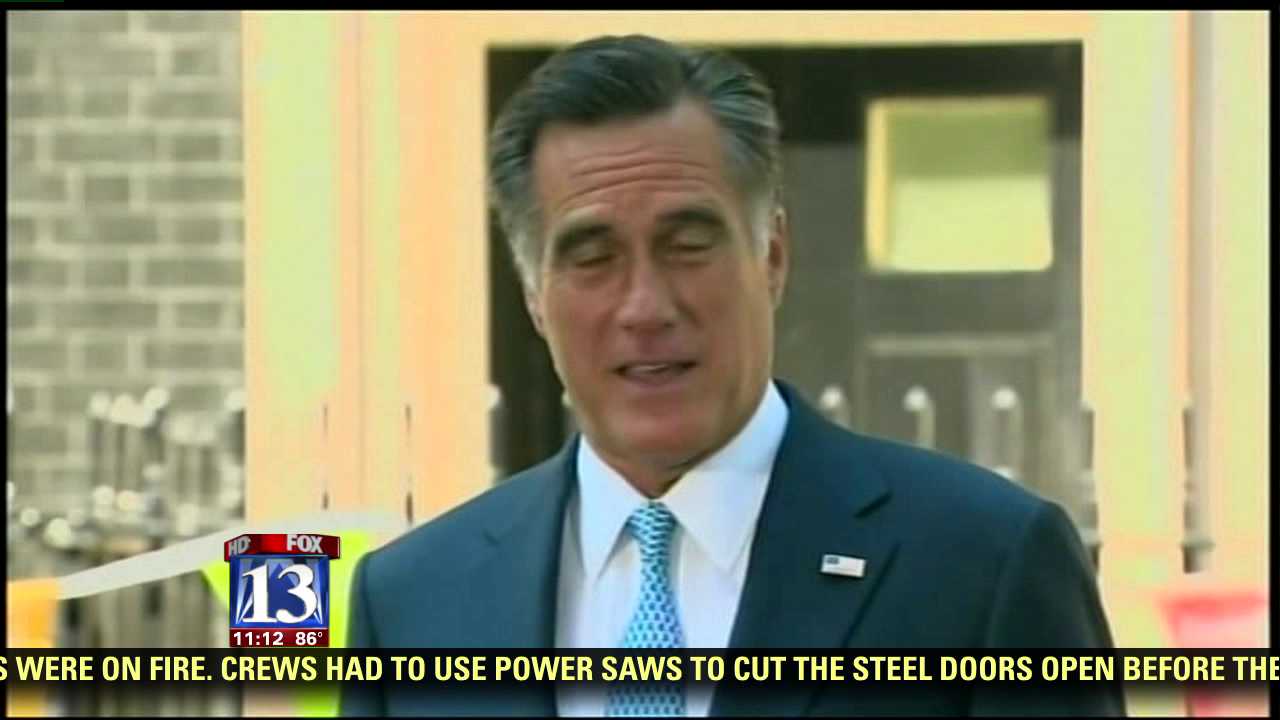 Romney’s Tuesday speech marked his last public remarks on a week long, three-country foreign swing meant to bolster his foreign policy credentials ahead of what is expected to a close November election.

The trip also brought the candidate to London and Israel, where he met with political and military leaders and visited various historic sites. His first two stops were marred by stumbles, including a suggestion that the organizers of the London Olympics were ill prepared to host the 2012 Games. In Israel, his remarks in support of the Jewish state provoked an angry response from Palestinian leaders. But his stop in Poland was largely free of any major gaffe from the candidate.

Poland has a somewhat frosty relationship with President Barack Obama, who reversed a decision by former President George W. Bush to install a missile defense system in the country.

Obama’s image in Poland was further shaken in May when his use of the term “Polish death camp,” rather than Nazi death camp, sparked outrage.

Large numbers of Polish-Americans reside in U.S. battleground states, including Pennsylvania, Wisconsin and Ohio, lending another political angle to Romney’s visit there.

Romney’s stop in Poland came after an invitation from Lech Walesa, the shipyard worker who went on to inspire the Solidarity trade union and the eventual fall of the Iron Curtain. Walesa later was elected president.

On Tuesday, Romney’s stops in Warsaw included a visit to the country’s Tomb of the Unknown Solider and a meeting with the Polish foreign minister.

In his speech, Romney said Americans were “inspired” by Poland’s history, mentioning the country’s struggle against Nazi occupation during World War II and the Solidarity movement begun by Walesa.

“I, and my fellow Americans, are inspired by the path of freedom tread by the people of Poland,” Romney said.

Romney also hailed Pope John Paul II, the popular leader of the Catholic Church who died in 2005. Romney said the late pontiff “understood that a nation is not a flag or a plot of land,” but instead a “community of values.”

Praising the Polish economy, Romney linked a history of living under communist rule to what he saw as a commitment to free enterprise.

“Perhaps because here in Poland centralized control is no distant memory, you have brought a special determination to securing a free and prosperous economy,” Romney said.

In his remarks, Romney only briefly mentioned Russia, which he has labeled the United States’ top “geopolitical foe.” Romney said in Russia, “once-promising advances toward a free and open society have faltered,” listing the country alongside Syria, Venezuela and Belarus as examples of places where “the desire to be free is met with brutal oppression.”