Charges dropped against man who allegedly had pipe bombs 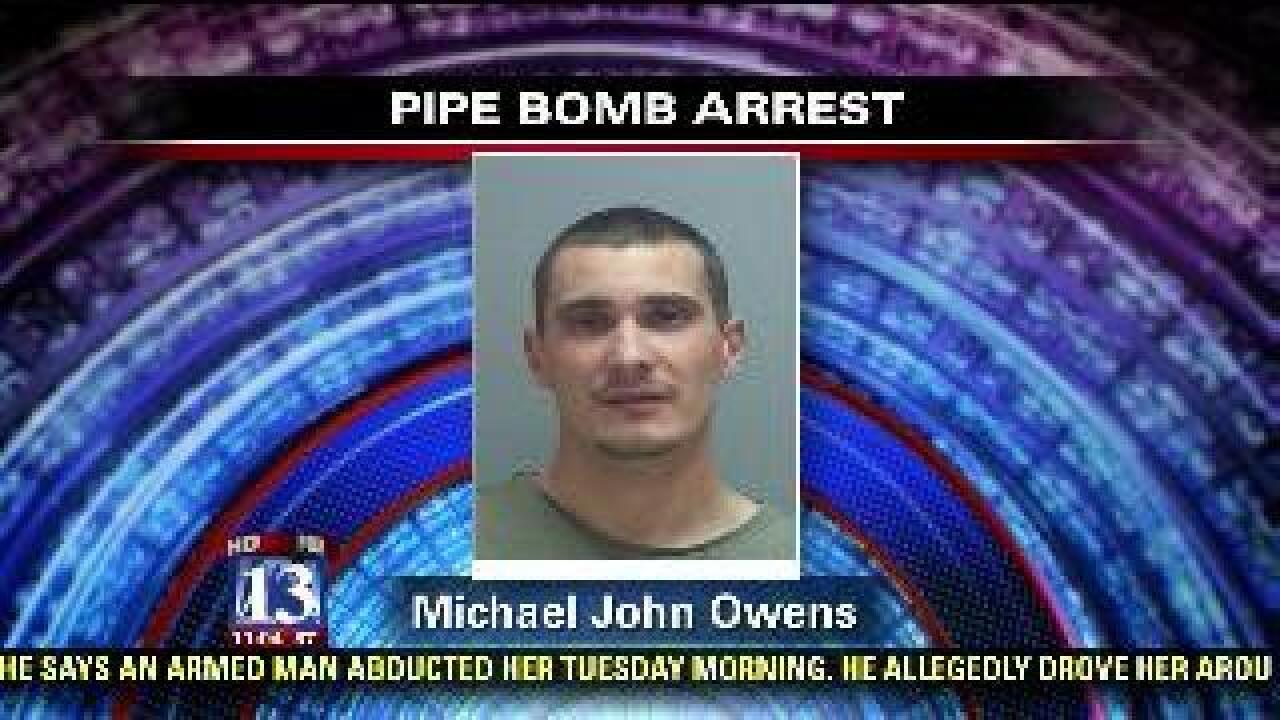 The charges against a man accused of having pipe bombs in his truck were dropped on Monday.

Michael Owens was arrested and charged with two counts of possession of an explosive device in July.

Police found the explosive and other materials, after a repossession company towed a vehicle belonging to Owens.

On July 17, Owens’ car was being repossessed and he asked the tow truck driver if he could retrieve some personal items from that vehicle. But the driver left after Owens allegedly became combative.

Back at the impound lot, the explosives were located in the backpack, along with other items that alarmed investigators.

“They discovered two pipe bombs in there, as well as a vest and some 40-caliber ammunition,” said Sim Gill, Salt Lake County district attorney. “Of course that gave them concern because these were pipe bombs that could have exploded. Subsequently the defendant was contacted and admitted to, that they were his and they probably would have his fingerprints on them.”

The case against Owens is now closed.