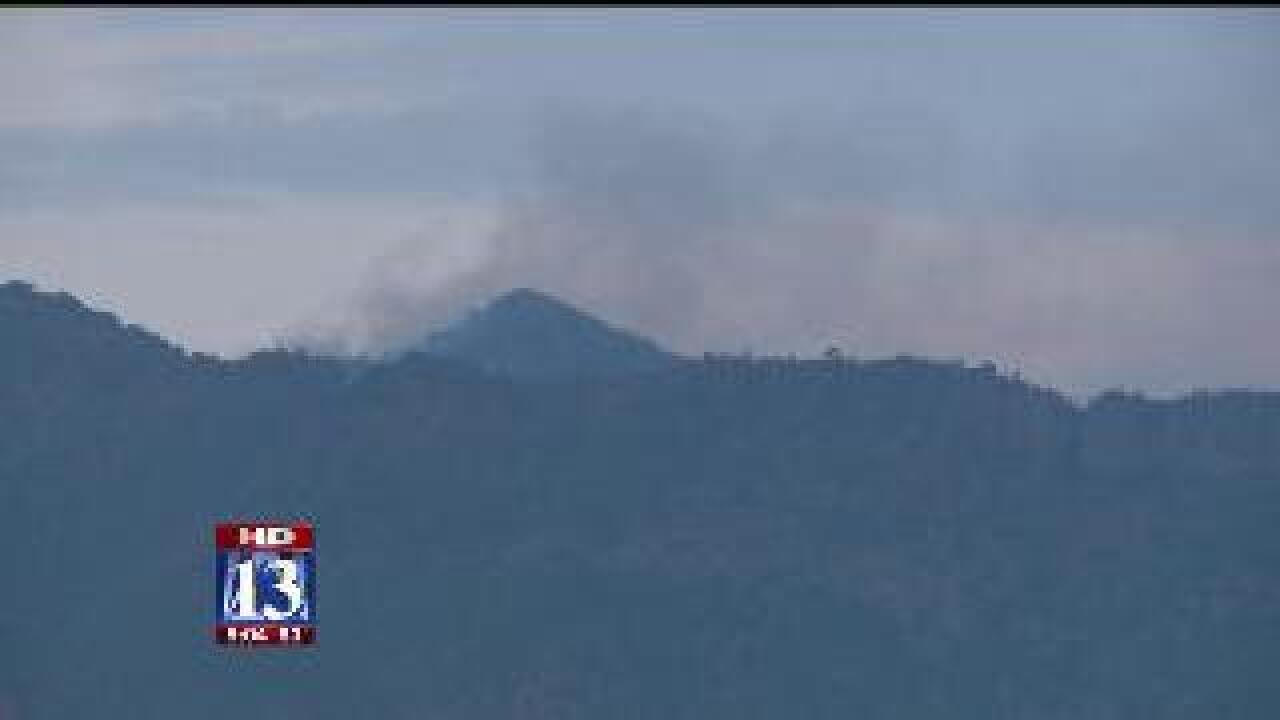 Update Aug. 24 9:40 a.m.: The Red Ledges Fire is fully contained and burned approximately 1,860 acres. According to the U.S. Forest Service, the fire was human caused.

A Type 3 team is currently managing the fire as it burns in steep and hazardous terrain. Evacuations have been lifted for the Wanrhodes Basin area. However, the road from Diamond Fork to the basin area remains closed to all but residents of Wanrhodes Basin.

SPANISH FORK, Utah - A fire is burning near the Diamond Fork area of Spanish Fork Canyon on Sunday afternoon.

The Red Ledges Fire was first reported just before 1 p.m. Sunday and has burned about 690 acres by Sunday night.

Investigators believe a man using a chainsaw to cut firewood may have sparked the fire, but the cause hasn't been definitively determined.

Highway 6 is open, but Diamond Fork Road is closed to allow fire crews to access the fire. Mandatory evacuations are in place for campgrounds in the Diamond Fork Area.

No structures are currently threatened.