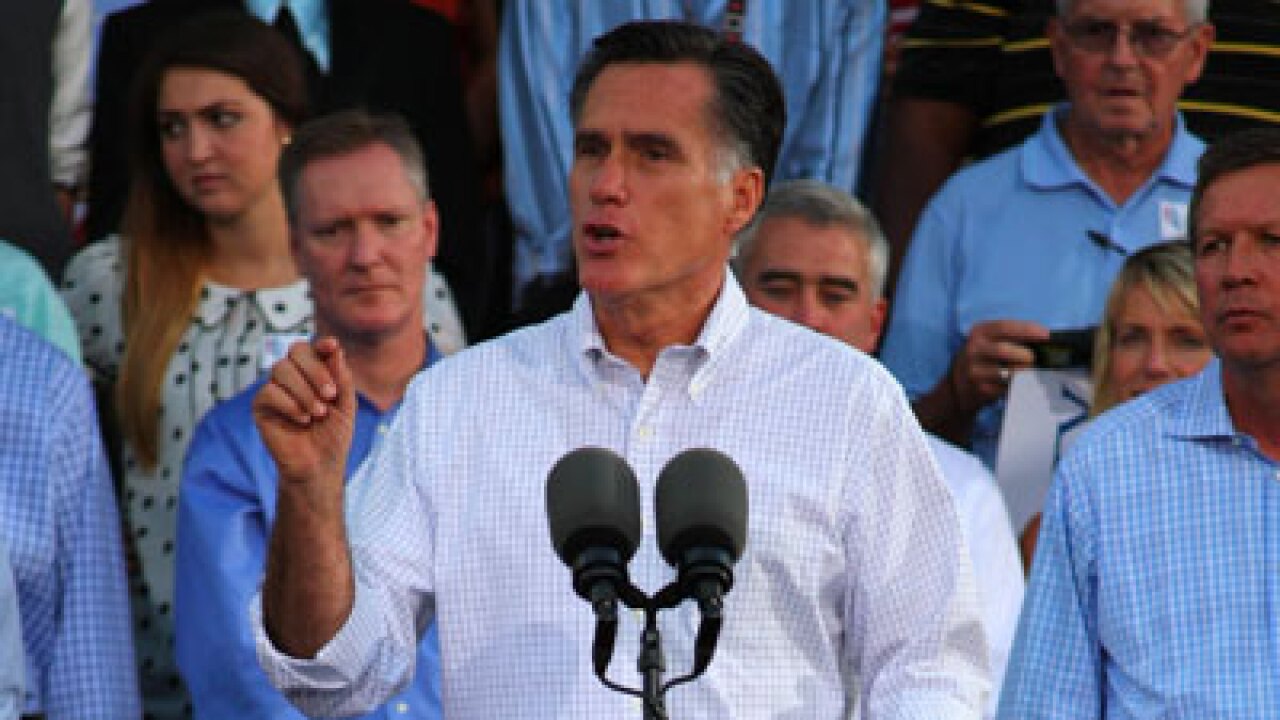 WASHINGTON (CNN) — Republican presidential hopeful Mitt Romney threw his campaign another curve ball when he revived the sensitive “birther” issue while campaigning in his native Michigan on Friday.

Speaking before a friendly crowd in the Detroit suburb of Commerce, Romney noted that he and his wife, Ann, were born at nearby hospitals.

“No one’s ever asked to see my birth certificate. They know that this is the place that we were born and raised.” he said.

The crowd roared at the quip, which was seemingly directed at President Barack Obama, who has faced questions for years from some conservative Republican quarters about his birthplace.

Only U.S.-born citizens can be president and Obama released his full birth certificate last year from Hawaii to quiet critics.

Romney has said he believes Obama was born in the United States and that the issue was put to rest last year. Although the zinger once again cast Republican candidate away from their key message: that Obama has mismanaged the economy and Romney is the better of the two to get things back on track.

Political analysts agree that Romney does much better when he sticks to economic issues and his experience in business, two themes Republicans will stress at next week’s nominating convention in Tampa.

But this week, Romney and Republicans nationally have been consumed by a political firestorm caused by Missouri Senate candidate Todd Akin’s explosive comments on rape and pregnancy. Romney spent a good amount of time since they were aired on Sunday in a St. Louis television interview denouncing Akin’s remarks and fielding questions about abortion.

And now, his campaign is responding to ‘birther’ questions.

A Romney aide that he was only pointing out that Michigan is the state where he was “born and raised.”

Michael Tanner, a senior fellow at the Cato Institute, author of Leviathan on the Right: How Big-Government Conservatism Brought Down the Republican Revolution, believed it was just Romney being awkward in trying to make a point about his roots.

Some found them puzzling.

“I’m somewhat surprised that he would make that joke because he’s done a good job confirming that President Obama was the legitimate president of the United States,” said Andra Gillespie an associate professor of political science at Emory University and author of “The New Black Politician.”

Romney has had a hard time appealing to the right wing of the Republican base, and the comment could, to some, have been a way getting a bump in support — including financial support — heading into the convention, said Mark Anthony Neal, an African-American studies professor at Duke University and the author of several books, including “New Black Man: Rethinking Black Masculinity.”

“The best way to do that is to play to the crassest elements of the base,” Neal said.

“The ‘birther’ issues is only an issue that involves the country’s first black president,” said Fredrick C. Harris, a political science professor and director of Columbia University’s Center on African-American Politics and Society. “And so it raises questions still about the legitimacy about this administration.”

And for others, it is a problem of message control when the campaign faces periods of stress.

On his overseas trip last month, Romney offended Britons when he questioned the city’s readiness to host the Olympics and Palestinians when he credited Israeli culture for its economic success.

“It does speak to a lack of discipline overall,” Tanner said of Romney’s birth certificate comment. “Look, candidates are going to say dumb things, the president said there were 57 states in the country. God knows what Joe Biden will say on any given day. If you give 100 speeches, you’re going to mess something up. But the Romney campaign doesn’t seem to respond well to this.”