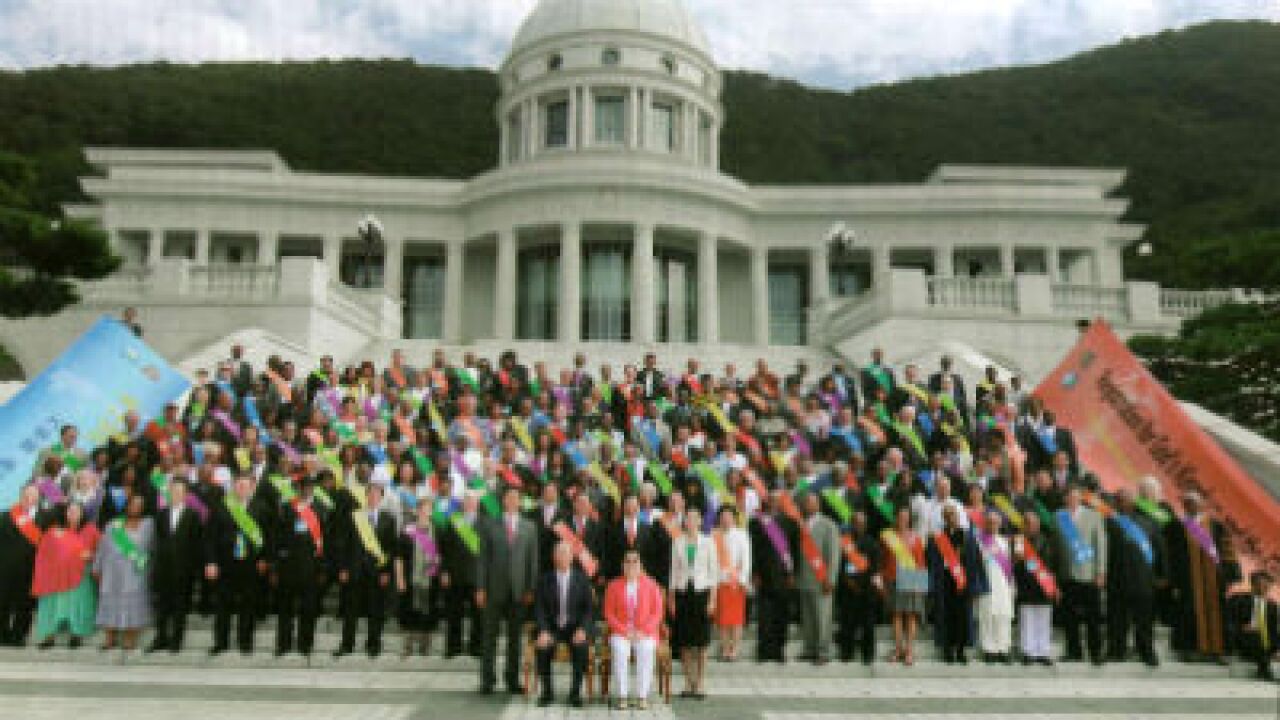 (CNN) — The Rev. Sun Myung Moon — founder of the church whose followers are colloquially known as the Moonies — died early Monday in South Korea, a newspaper he founded reported, citing church leaders.

The Washington Times reported on its website that Unification Church leaders said Moon died around 2 a.m. Monday (1 p.m. ET Sunday) of complications related to pneumonia. He was 92.

“Words cannot convey my heart at this time,” said Thomas P. McDevitt, president of The Washington Times, one of the publications that Moon helped found. “Rev. Sun Myung Moon has long loved America, and he believed in the need for a powerful free press to convey accurate information and moral values to people in a free world.”

McDevitt added that the Times is a “tangible expression of those two loves.” In 2010, the newspaper was sold to a group operating on Moon’s behalf, according to a statement on the paper’s website.

Doctors put Moon in intensive care in a Seoul hospital Tuesday after he suddenly fell ill, church spokesman Ahn Ho-yeol said then. At the time, physicians gave him a 50% chance of survival.

The Unification Church gained fame worldwide for its mass weddings decades ago, including at New York City’s Madison Square Garden.

Many met their spouses-to-be for the first time during the ceremony. In addition to weddings in South Korea, couples from various countries took part in the ceremony through satellite hookups.

The controversial Moon, whose church critics compare to a cult, served a federal prison term in the United States for tax evasion.

He was also a strong supporter of Republican politicians including Richard Nixon and Ronald Reagan, said Eileen Barker, a professor at the London School of Economics and Political Science.

Moon was “virulently anti-Communist,” having been imprisoned in North Korea during the Korean War before being freed by the allies, she said.

He softened his hard line on North Korea, though, over time — even meeting North Korea’s founder (and grandfather of its current leader), the late Kim Il Sung, and investing money in the north.

His church believes that Jesus was divine but he is not God, a position that puts the Unification Church outside the bounds of traditional Christianity.

Followers instead regard Moon as the messiah who is completing the salvation mission that Jesus Christ failed to accomplish.