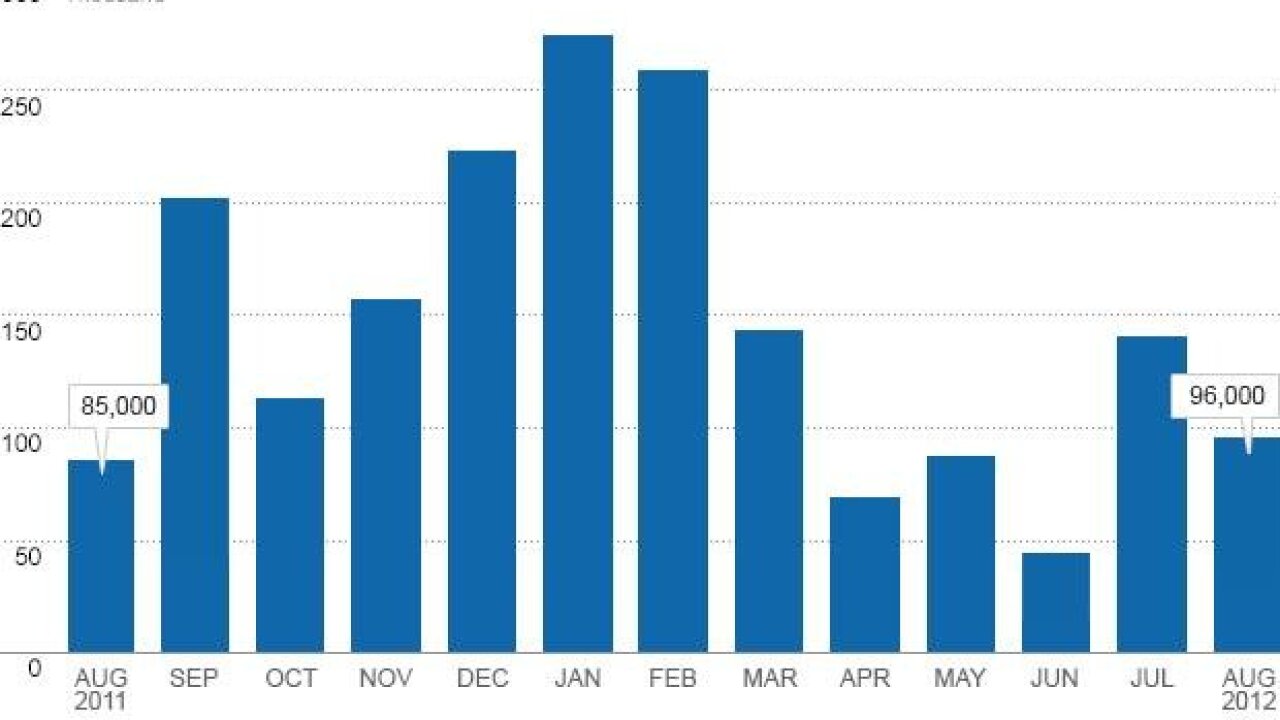 The labor market lost momentum in August 2012 when only 96,000 jobs were added. But the unemployment rate unexpectedly fell. The weak job growth was seen as a negative sign for the struggling labor market.

The unemployment rate fell, but that was largely due to people who stopped looking for jobs.

Economists polled by CNNMoney were expecting 120,000 jobs to be added in the month.

The drop in unemployment was caused because 368,000 people stopped looking for work and therefore were no longer counted in the survey.

“These numbers are not very strong,” said Joseph LaVorgna, chief U.S. economist at Deutsche Bank. “The job market is improving, but only gradually.”

Economists often say at least 150,000 jobs need to be created each month to simply keep pace with the growing population.

The overall job market still has a long way to go recover from the financial crisis. Three years after the recession ended, roughly 12.5 million Americans remain unemployed, and 40% of them have been so for six months or more.