Six things to know about attack on U.S. embassy in Libya 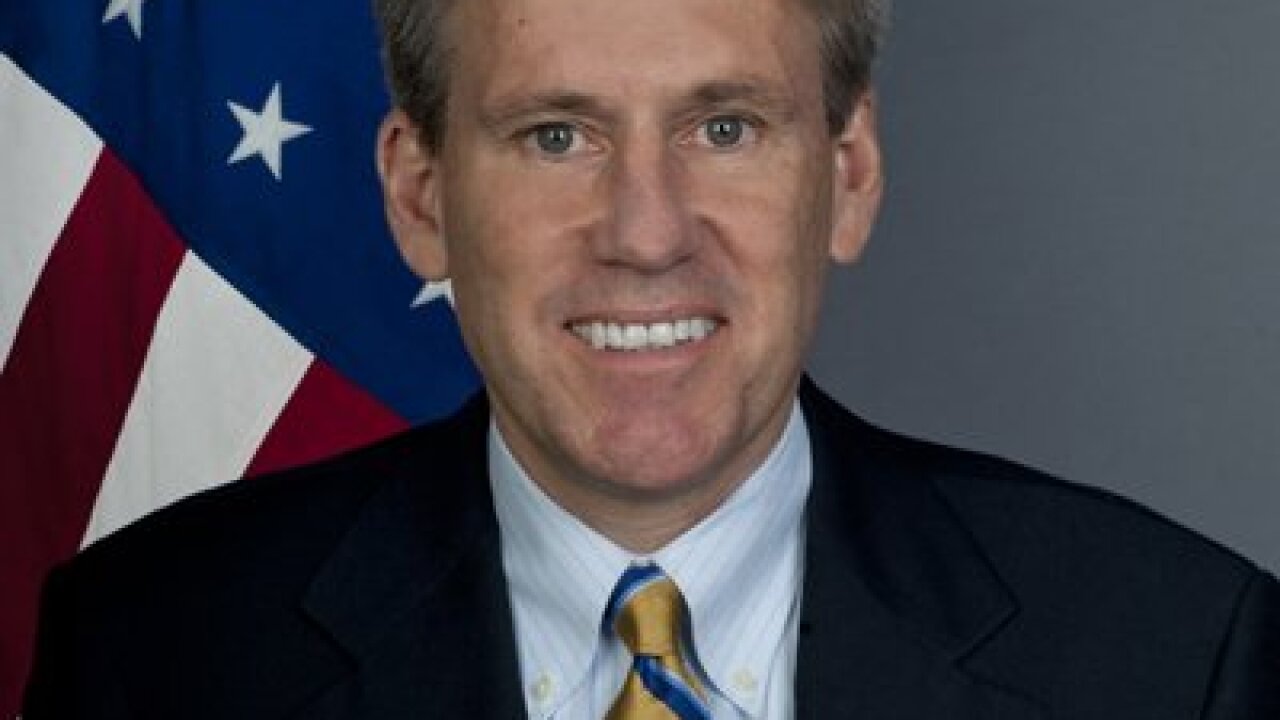 By: Debby Rogers
Posted at 10:18 PM, Sep 12, 2012
(CNN) — Four Americans, including U.S. Ambassador to Libya Chris Stevens, were killed Tuesday as gunmen set fire to and fought security forces at the U.S. Consulate in Benghazi, Libya.

The attack came as protesters outside the compound rallied against a movie that unflatteringly portrays Islam’s Prophet Mohammed. But U.S. sources have said they believe the attack was planned before the protest, and that the attackers used the protest as a diversion.

If you’re new to the story and need to catch up, here are six key things to know about the incident.

On Tuesday night, protesters were outside the consulate in Benghazi, demonstrating against the film “Innocence of Muslims,” which reportedly was made in California by a filmmaker whose identity is unclear.

Initial reports indicate the four-hour assault began around 10 p.m. as gunmen opened fire on the main compound of the U.S. Consulate complex. Within 15 minutes, the gunmen entered the building.

A senior U.S. official said a rocket-propelled grenade set the consulate ablaze. American and Libyan security personnel tried to fight the attackers and the fire.

The three tried to leave when smoke filled the safe room. After the security officer escaped the building, he returned with others to try to rescue Stevens and Smith. Smith was found dead, apparently of smoke inhalation, officials said.

Stevens was missing. Libyans later said that bystanders found an unconscious Stevens and took him to a hospital, though U.S. officials could not confirm that account. His body was handed over to Americans at an airport; it’s not clear how he died.

Two other Americans, whose names haven’t been released, were killed and two others were wounded during a gunbattle between security forces and militants at the complex, a senior administration official said.

National Security Council spokesman Tommy Vietor said, “At this stage it would be premature to ascribe any motive to this reprehensible act.”

But sources tracking militant Islamist groups in eastern Libya say a pro-al Qaeda group responsible for a previous armed assault on the Benghazi consulate is the chief suspect. U.S. officials also said they believe the attack was not prompted by the film, but was planned beforehand.

A London think tank with strong ties to Libya speculated Wednesday that Stevens was the victim of a targeted al Qaeda revenge attack.

It was “the work of roughly 20 militants, prepared for a military assault,” the think tank said, noting that rocket-propelled grenade launchers do not normally appear at peaceful protests, and that there were no other protests against the film elsewhere in Libya.

“Jihadists will want the world to believe that the attack is just a part of the protests against an amateur film produced in the U.S., which includes crude insults regarding the Prophet Mohammed. They will want the world to think that their actions represent a popular Libyan and wider Muslim reaction; thus, reversing the perception of jihadists being outcasts from their own societies,” Quilliam president Norman Benotman said.

The significance of the timing of the attack, which fell on the 11th anniversary of the September 11 attacks on New York and Washington, is unclear.

3) What is this movie that people were protesting?

An online trailer for the movie depicts Islam as a fraudulent religion bent on getting rid of nonbelievers. Cartoonish scenes show Mohammed as a womanizer, child molester and ruthless killer.

But the film’s actors and crew members released a statement Wednesday saying they were “grossly misled” about the filmmaker’s intent. An actress in the film who asked not to be identified said the original script did not include a Prophet Mohammed character, and that the actors’ lines had been changed post-production.

A casting call published in July 2011 in publications for actors identifies the working title of the movie as “Desert Warrior” and describes it as a “historical Arabian Desert adventure film.”

The Wall Street Journal identified the filmmaker as Sam Bacile. The Journal reported that, in its telephone interview with Bacile, he characterized his film as “a political effort to call attention to the hypocrisies of Islam.”

But CNN has not been able to contact him, and a search of public records on Sam Bacile came up empty. Casting further doubt on the filmmaker’s identity, The Atlantic quoted a consultant of the filmmaker’s as saying Sam Bacile is a pseudonym and said “he did not know Bacile’s real name.”

Many Muslims find any depiction of Mohammed to be offensive — a Danish newspaper’s publication in 2005 of Mohammed caricatures triggered riots — and derogatory depictions of the prophet are considered by some to be worse.

4) What will the United States do about the attack?

President Barack Obama said Wednesday that the United States “will not waver in our commitment to see that justice is done for this terrible act — and make no mistake, justice will be done.”

A senior defense official said the drones would be part of “a stepped-up, more focused search” for a particular insurgent cell that may have been behind the killings.

In June, a senior Libyan official told CNN that U.S. controllers were already flying the unmanned craft over suspected jihadist training camps in eastern Libya because of concerns about rising activity by al Qaeda and like-minded groups in the region.

Two U.S. Navy destroyers — the USS Laboon and the USS McFaul — are moving toward the coast of Libya, two U.S. officials told CNN. Both ships are equipped with tomahawk missiles that could be used if a strike was ordered.

About 50 U.S. Marines from a rapid reaction force headed to the Libyan capital, Tripoli, after the attack to beef up security in response to the attack, U.S. officials said Wednesday. The unit is specially trained to retake or guard diplomatic installations and other U.S. facilities in troubled regions.

The United States said it also would increase security at its embassies around the world.

5) How has the Libyan government reacted?

The militants suspected in Tuesday night’s attack “are a very small minority” who are taking advantage of a fledgling democracy, Ali Suleiman Aujali, the Libyan ambassador the United States, told CNN’s “Amanpour.” “The good thing about this is the majority — 95, 98% of the Libyan people — care not for this,” he said.

Stevens served in several posts for the U.S. Foreign Service in the Middle East and North Africa before being named U.S. ambassador to Libya in May.

He was involved with Libya for several years, serving as the U.S. deputy chief of mission from 2007 to 2009. In 2011, Secretary of State Hillary Clinton sent him to Benghazi to be an envoy to the rebels during the revolt against Gadhafi.

Stevens graduated from the University of California, Berkeley, in 1982, then took a pause in his studies to join the Peace Corps, according to his State Department biography.

“Growing up in California, I didn’t know much about the Arab world,” he said in a State Department video prepared to introduce him to the Libyan people after his appointment as ambassador in May.

“I worked as an English teacher in a town in the High Atlas Mountains in Morocco for two years, and quickly grew to love this part of the world,” he said.