iPhone 5: The wait is over 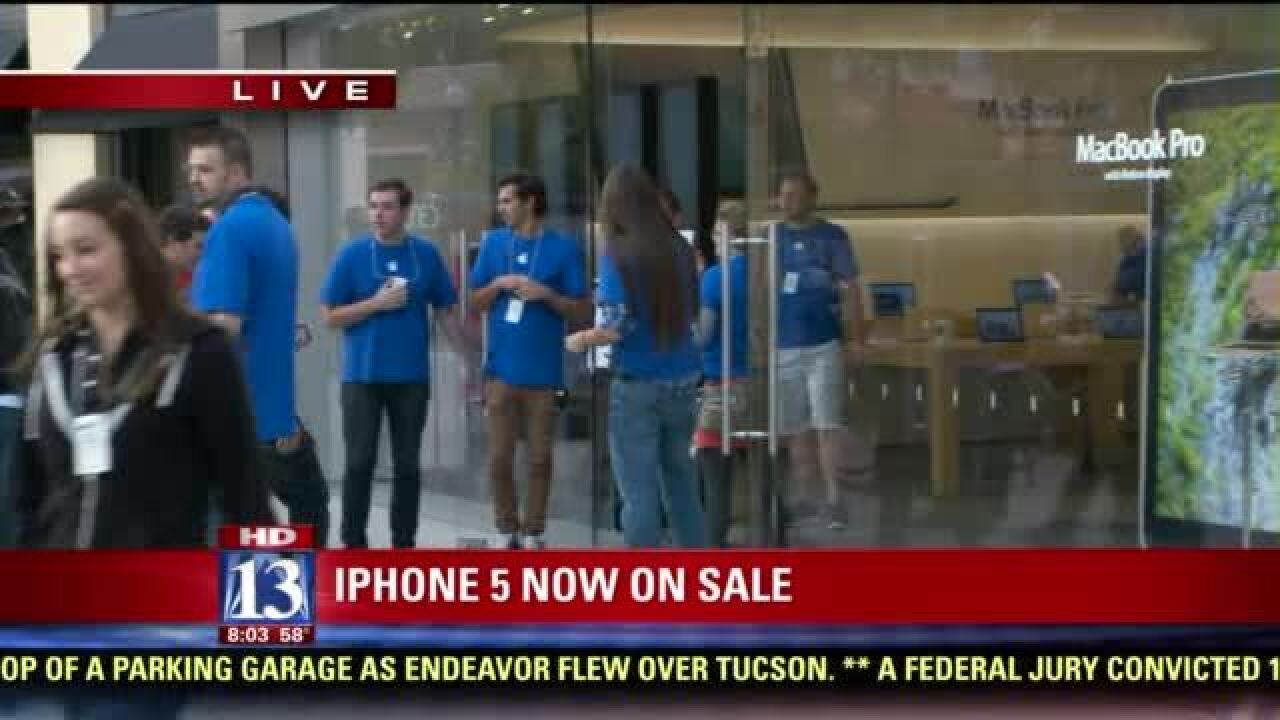 By Doug Gross and John Sutter

(CNN) -- The most diehard fans of Apple's iconic iPhone were completing what's become an annual rite of passage on Friday as lines that snaked for blocks in some cases began filing into Apple retails stores to be the first to get an iPhone 5.

Kelson Horton, 39, had been in line at Lenox Square mall in Atlanta since 5 p.m. Thursday.

The truck driver from Jonesboro, Georgia, said he's done so for every iteration of the smartphone that Apple CEO Steve Jobs introduced to the world in 2006.

"I've been doing it since Day One," Horton said. "It's the experience more than anything. It just happens to be the hottest phone on the market."

Near the front of a line of about 200 people Friday morning, Horton said he got about an hour's worth of sleep while meeting new friends from what he called "the iPhone family."

At 8 a.m., thousands who spent hours waiting in line were greeted with cheers as Apple stores and other retailers began selling the new iPhone 5.

Those U.S. fans (or "fanboys" and "fangirls" as they're called by less-supportive tech enthusiasts) weren't the first though.

Throngs of shoppers lined up outside Apple stores in Sydney, Australia; Tokyo; London; Paris; and Munich, Germany, among other cities where the phone went on sale hours ago. Dozens had been waiting outside Apple's flagship store on New York's Fifth Avenue since Monday.

Despite morning rainfall in Tokyo, hundreds of eager customers lined up outside an Apple store in the city's Ginza shopping district. Store employees handed out umbrellas to waiting customers, some of whom came sporting face paint to celebrate the occasion.

"It's almost like a festival, people just camping in the center of Ginza, just drinking and playing and talking to each other," said Taiyo Nakashima, a 34-year-old Web designer. "It's not really just buying the phone; it's just enjoying the party, really."

In Sydney, customers camped out in tents and folding chairs. Cheers erupted when the store's doors opened.

Todd Foot told CNN affiliate Network Ten that he waited for more than 70 hours to get Australia's first iPhone and review it online.

If a handful of tech writers were unimpressed with the specs, that didn't translate into lack of consumer interest.

Apple took 2 million pre-orders for the phone in the first 24 hours they were available last week, and some analysts said they think it could sell more than 10 million by Monday.

That first-day total was double the number of iPhone 4S pre-orders the company took last year, and an initial Friday shipping date was quickly pushed back. People who pre-order the phone now, or did so in the past few days, could be waiting more than three weeks for their phones to ship.

The phone will roll out to 22 more countries on September 28.

The most popular single smartphone since the existence of such a device, the iPhone has sold more than 244 million units around the world since its unveiling six years ago.

It has had a few problems as tech innovations sometimes tend to do.

Most notably, an update to Apple's mobile operating system left the phone's map, which replaces Google Maps as the phone's default travel tool, a spotty mess with lots of locations missing.

Not surprisingly, those waiting in line Friday weren't deterred.

"I think a lot of people are wanting the world from a product they've just released," said Justin Henderson, 32, a composer from Atlanta who had been in line since 3 a.m. "You've got to be patient with Apple, and they'll get it right.

CNN's Yoko Wakatsuki and Alex Zolbert contributed to this report.